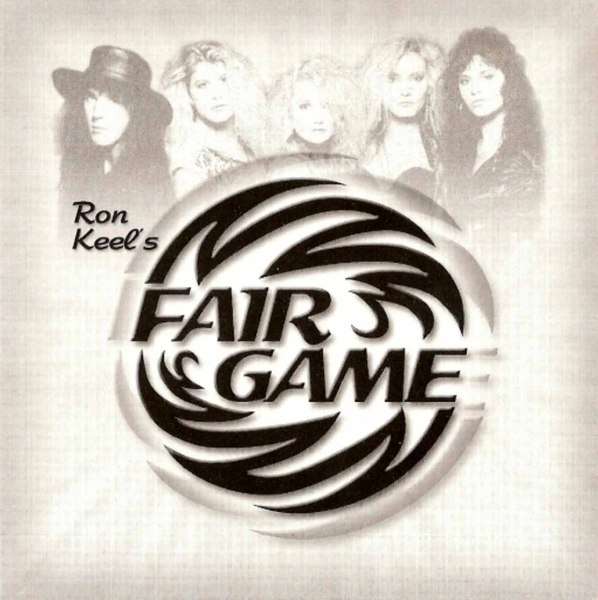 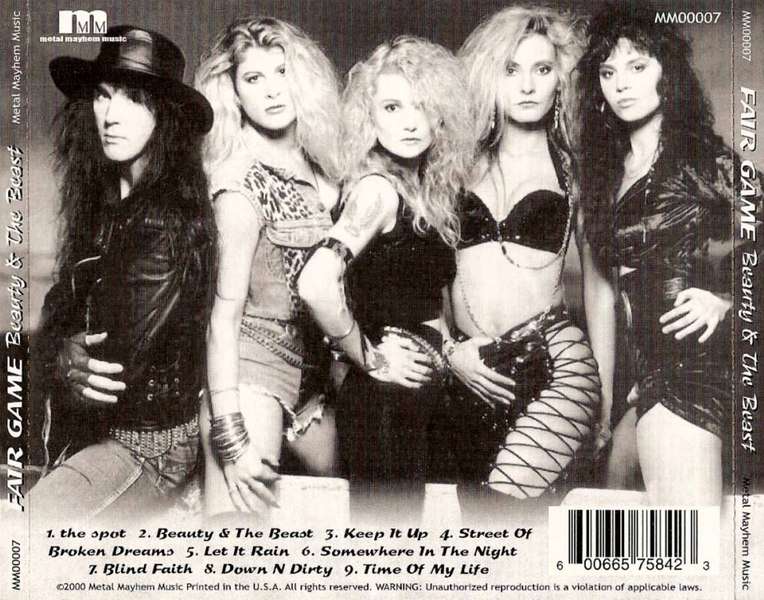 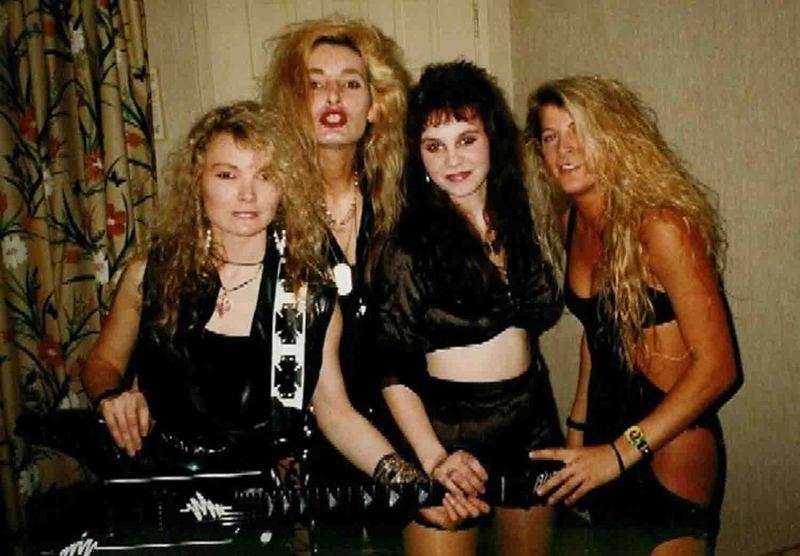 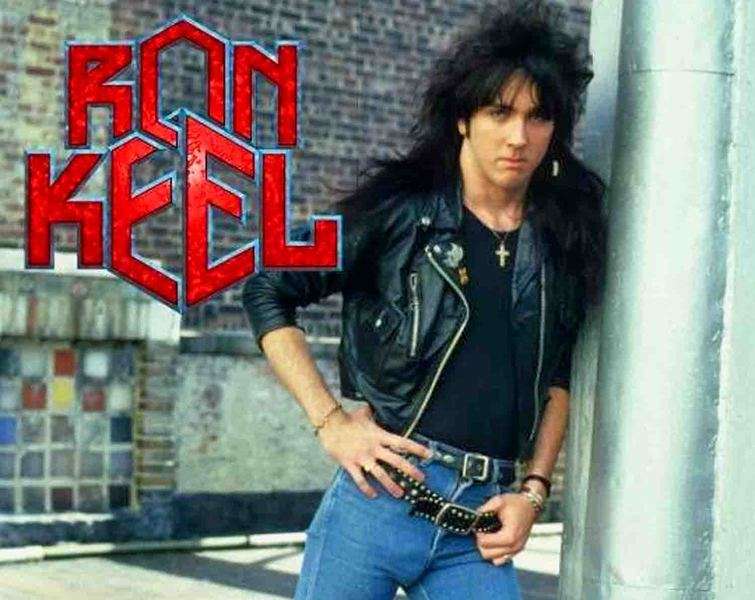 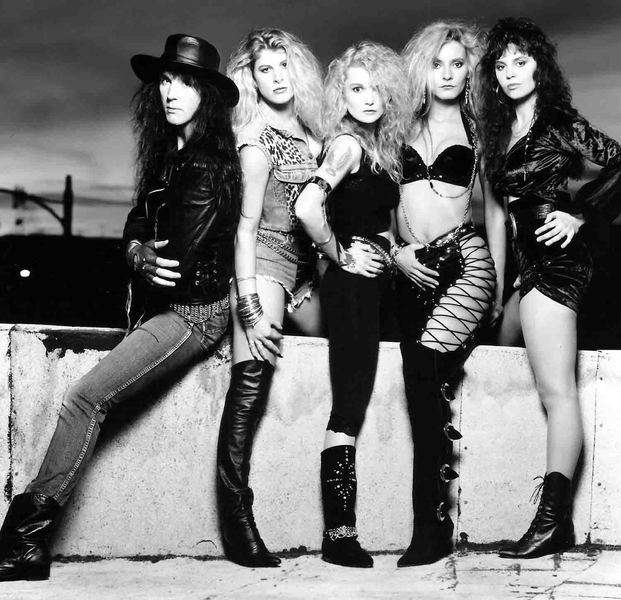 In 1990, Ron Keel formed the band Fair Game, a project Keel fronted with four female backup musicians.Two of the songs recorded by the band were featured on the soundtrack to the movie Bad Channels. Their complete recording sessions finally emerged in 2000 on the Metal Mayhem label billed as Beauty & The Beast.Keel is an American band founded in 1984 in Los Angeles, California.They are known for their rock anthem "The Right to Rock." The band was active until 1989, with a brief reunion in 1998. Keel reunited again in 2008 and toured in 2009 for their 25th anniversary.Keel was formed by former Steeler vocalist Ron Keel. The original members were Ron Keel on vocals, former Icon / Schoolboys member David Michael Phillips on guitar, Marc Ferrari on lead & rhythm guitars, Bobby Marks on drums and Kenny Chaisson on bass guitar. Within months, Phillips left to join King Kobra and was replaced by ex-Sexist guitarist Bryan Jay.This was the lineup for their 1984 debut album Lay Down the Law.After the album's release, Marks left and was replaced by Steven Riley, who subsequently left early in the recording of the band's second album to join W.A.S.P., and was in turn replaced by Dwain Miller, forming a lineup which would remain stable for almost 4 years. Their debut album caught the eye of KISS' Gene Simmons, resulting in his production of their second album, The Right To Rock, released on March 26, 1985. Their next and also Simmons-produced third album The Final Frontier was released on April 30, 1986. It included the single "Because the Night", a song that was co-written by Patti Smith and Bruce Springsteen and had been a hit for Smith in 1978.In 1986, Keel won the Best Band of the Year award in the 2nd annual Metal Edge magazine reader's poll, beating such noted bands as Iron Maiden and Judas Priest.In 1987, the song "Rock & Roll Outlaw" (a cover from the 1978 self titled debut of Australian hard rock band Rose Tattoo) appeared on the soundtrack of the movie Dudes. Their fourth album, Keel, was released on June 21, 1987, recorded with producer Michael Wagener. An unreleased track from the album, Ferrari's "Proud To Be Loud", would eventually wind up on Pantera's Power Metal album, which Ferrari produced early in 1988.Ferrari & Jay both left in 1988, after touring in support of the Keel album. They were replaced by keyboardist Scott Warren, later in Dio, and Baton Rouge guitarist Tony Palmucci.Their fifth album, Larger Than Live, was released in 1989 with six new studio recordings, including a cover of the 1980 Humble Pie song "Fool for a Pretty Face". Also on the album were six live tracks recorded in March 1989. Following the shooting of the music video for the song "Dreams Are Not Enough" on that same year, Ron Keel announced the disbandment of Keel. In the 1990s, Ferrari wrote a gear column for Metal Edge magazine entitled "Power Sources", and went on to form Cold Sweat with among others ex-UFO guitarist Erik Gamans, who would release the album Break Out in 1990. After the demise of that group, Ferrari appeared in both Wayne's World movies (as the guitarist for Tia Carrere's band "Crucial Taunt") and formed the band Medicine Wheel, which released three CDs. In addition, he released two solo CDs and started a music publishing company called MasterSource, employing Ron Keel to write material for the library. Ferrari also recently wrote a book titled Rock Star 101.Bryan Jay and Dwain Miller went from Keel to forming a band called Dogbone, with ex-Riot vocalist Rhett Forrester, bassist Rob Thiessen and vocalist Eddie Salz.In 1998, members of Keel got together to release their sixth album Keel VI: Back in Action. It mainly consisted of unreleased material from their previous albums, including the aforementioned "Proud To Be Loud".The band's song "Speed Demon" (from The Right to Rock) is briefly heard on the 2002 movie Men in Black II, and appears on Mike Varney's U.S. Metal Vol. IV compilation.Ron Keel has pursued numerous musiefore forming the country metal band IronHorse in 2001. In 2006, Ron left IronHorse and formed K2 Featuring Ron Keel a year later.On November 2008, Keel reunited in time to celebrate the band's 25th anniversary. All the members from The Right to Rock era have rejoined except for Chaisson. The new bassist is Ron Keel's longtime friend, Geno Arce. Their first reunion show was held in Hollywood, CA, on January 24, 2009.In addition, the band played at the third annual Rocklahoma festival on July 2009.A reunion album, Streets of Rock & Roll was released in 2010, as well as a 25th anniversary edition of The Right to Rock featuring a brand new re-recorded version of the title song as a bonus track.


Ron Keel (born 1961) is a Hard Rock / Heavy metal vocalist and guitarist for a number of bands from the 1980s to the modern day, including the glam metal band Keel.Ron Keel started his music career with a Tennessee-based band known as Lust. He came to Los Angeles with his band Steeler, which later on featured Yngwie Malmsteen, Rik Fox and Mark Edwards. Steeler became one of many of L.A.'s '80's rock acts who could not withstand the test of time. Malmsteen was the first to leave, opting to play with the band Alcatrazz (featuring Graham Bonnet) before achieving success with his own band. However, Steeler was able to record one self-titled album, released in 1983 on Shrapnel Records.After the demise of Steeler, Ron formed a new band and simply called it Keel. The band secured a record deal with Gold Mountain / A&M Records. From 1984 to 1989, Keel toured the world and sold 2 million records. KISS vocalist/bassist Gene Simmons produced two of Keel's albums: The Right to Rock and The Final Frontier. The band regrouped in 2008 and toured to celebrate their 25th anniversary.In 1990, Ron formed the band "Fair Game", a project Keel fronted with four female backup musicians. Although the band played gigs they never got beyond the demo stage. Two of the songs recorded by the band were featured on the soundtrack to the movie Bad Channels. Their complete recording sessions finally emerged in 2000 on the Metal Mayhem label billed as 'Beauty & The Beast'.Ron returned to the heavy metal music scene in 1997, when he collaborated with Japanese guitarist Akihito Kinoshita on “Project One”, the major label debut album from Kinoshita’s band Saber Tiger.In 2000, Ron formed IronHorse, which mixed country with hard rock. He left the band in 2007 to focus on other aspects of his career.He also performed as part of a Brooks & Dunn tribute band in the Country Superstars Tribute at the Fitz Casino & Hotel in Las Vegas, Nevada.Prior to reforming Keel, Ron formed a band in 2008 called K2 Featuring Ron Keel, which performed many of the songs throughout his career.Ron currently resides in the Las Vegas, Nevada area. He remains active with Keel and tours with them, but also has a number of musical projects going on in the Vegas Valley. Amongst these are a "Las Vegas Stripped" open mic night (which has been held at various venues around the valley in recent years, often with special guests), and his new country group, the aptly-named Cowboy Band. He also occasionally performs acoustic shows at Joe's Crab Shack restaurants.

Recorded in 1990-91.In 1991, Ron Keel entered the studio with a band formed only by beauties to create another hard rock album L.A. style. 2 songs from that session, “Somewhere In The Night” and “Blind Faith” were used in the soundtrack to a horror movie called Bad Channels, in 1992. The rest of the material was lost until the Metal Mayhem Music label finally decided to put the disc on the market in 2000."The Spot" opens the album proving to be exactly what the title suggests. A radio advertisement. Although the album was not released at the time, the group made several presentations in small houses. And here we have one of the announcements for these performances, obviously with several Keel songs behind, to make it clear who was behind the parade. At the time, the guys got to achieve a certain prestige and got some songs like “Rock n Roll Animal” and “The Right to Rock” among the followers of the scene.Tina Listo (No Shame), Stephanie Leigh (ThundHerStruck), Janna James (Warbride) and Eva Marie were the girl team that completed the band. As expected, all with long, voluminous hair and an attractive look. Musically, they were competent, the highlight being the virtuoso Tina Listo who delivers soils that many big guys would not be able to reproduce."Keep It Up" is the first sound that catches my attention on the album and one of the reasons is precisely the guitar phrases by Tina and Evo that exude Van Halen's influence. However, even though they were good instrumentalists, the girls did not have much freedom at the time of creation. Only Eva managed to score a partnership, the track that closes the album "Time Of Your Life". Most of the songs are actually by Ron Keel. It is clear that the guy was the boss. Although in a group that bears the name of Ron Keel´s Fair Game this is not surprising.Only two tracks do not have Keel's hands. "Let It Rain" was composed by Jesse Harms. Keyboard player who used to tour with Sammy Hagar's solo band and who recorded part of the keyboards of the classic Eat ´Em Smile (David Lee Roth). The other external collaboration is a partnership between Marc Ferrari (Keel guitarist) and Tommy Thayer (at the time, known for his work with Black n´ Blue and currently, holding Kiss guitars). Owner of a powerful chorus is easily one of the best on the album.Ron Keel continued to show loud vocal lines, but he explored the treble less. He kept shouting, but stopped insisting on that logic of singing an entire song screaming. "Let It Rain" could have become a hit, as well as "Street of Broken Dreams", which carries an air of Bon Jovi.Because it is an album created on top of material that was shelved for years, the sound is very raw. The musicians did not change the material for their release. The sound was that 80's sound. The keyboards are very subtle, the driving force is in the guitar work with several strong riffs and in the vocal work with very melodic lines. The Fair Game sound was more commercial than Keel's. It had a bigger pop accent. The one that comes closest to the hard / heavy that the guys did is precisely the title track."Time of My Life" has a beautiful lyrics, commenting on his youth, how simple and innocent everything was. The arrangement, however, could be better. Easily the weakest on the CD. The guitar work is beautiful and well resolved, but the arrangement gives the impression that at some point, the music will grow, which never happens. The chorus could be stronger, too. When it comes to ballads, I still think “Somewhere In The Night” is better resolved, with a beautiful melody and a very inspired guitar solo.Unfortunately, this is an album that ended up going a bit beaten. Because it was released at a time when hard rock was no longer in evidence, the promotion work was very weak. Even among Ron Keel fans, there are those who have never heard of the band. If it had been released at the time, it certainly would have been more prominent. The songs are good, the musicians are competent, everything was just right. A feather! Anyway, here's a tip for those who enjoy the scene and don't know how to chase it. “You got it, the right to rock”!