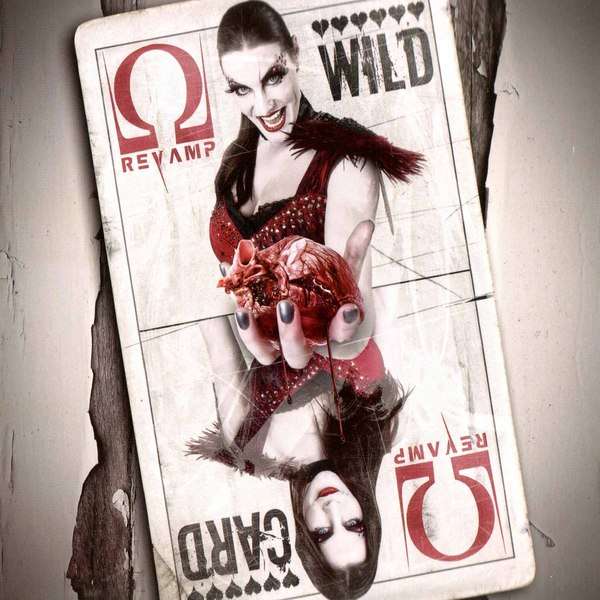 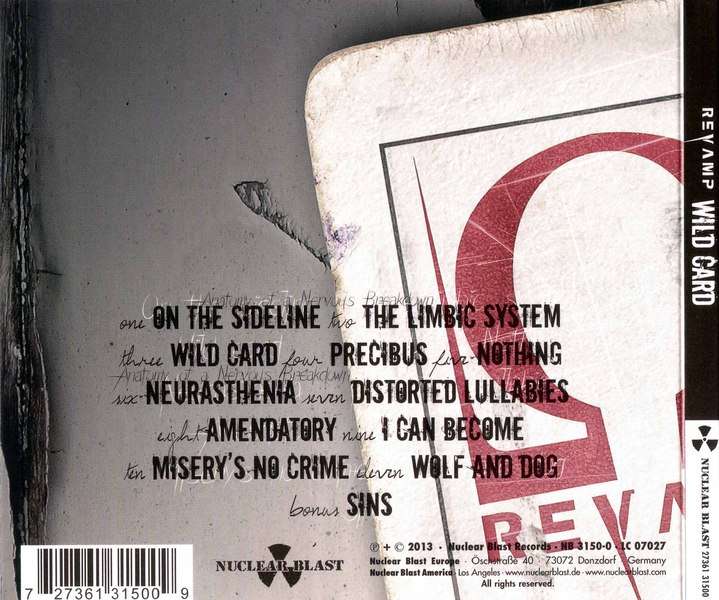 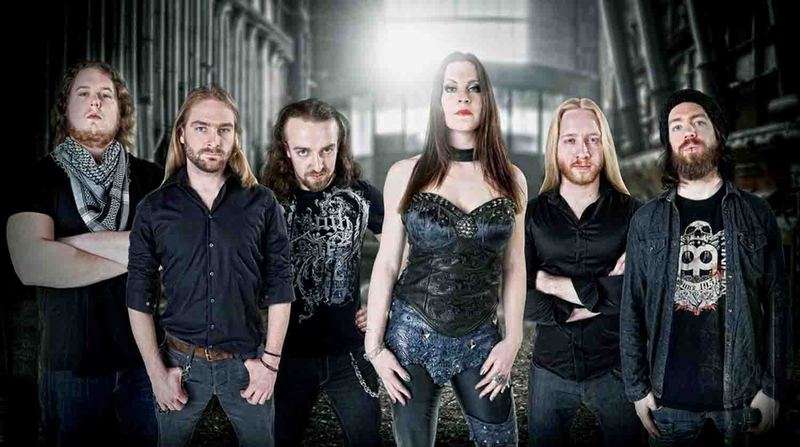 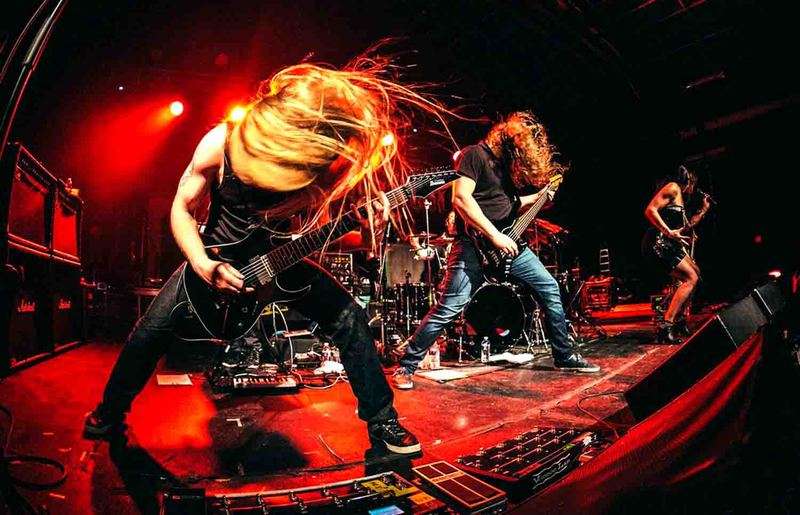 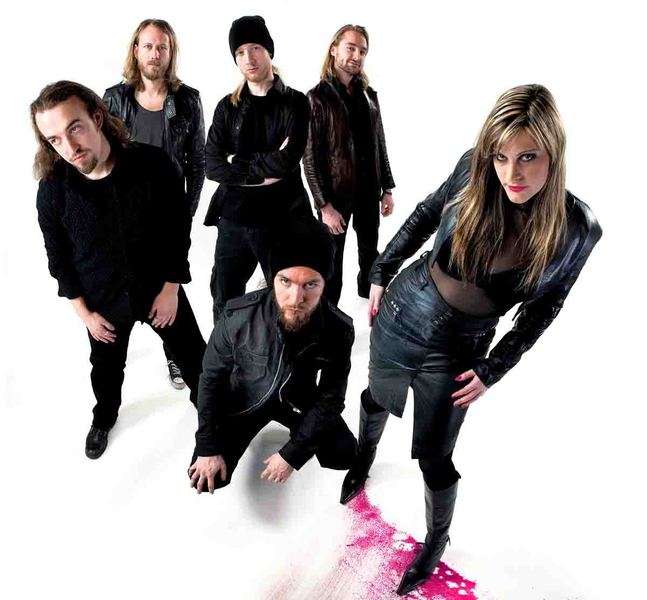 Singer Floor Jansen needs no further introduction after 12 years of loyal service with After Forever. After the break of this band she knew she wanted to continue making metal. To accomplish this she joined forces with two additional songwriters to first compose, then record, a new album - after which the live line-up was completed.The first composer to join this new collaboration was soon found in Waldemar Sorychta (Grip Inc., Enemy Of The Sun). The second composer is former After Forever colleague Joost van den Broek. The ReVamp sound has become a unique blend of the personal style affiliated with these musicians.Floor's voice is already known for its wide range and variety. In ReVamp she shows the world she can do even more. From opera to raw screams, from rock to a light and almost whispered sound, she knows how to "master the cords" and takes you along with her on a wild ride through the music.The word "revamp" literally means to renovate, redo or revise. For Floor it got the symbolic meaning that this band puts new energy into her career as a singer, a next step but at the same time a continuation of her dream. The word "vamp" indicates, with a wink, "woman". No vampires or slutty types, just a strong lady in charge of her passion.The music is heavier than some of you might expect - bombastic, but with heavy riffing. Complex and pounding drums mixed with melancholic strings. Crazy synth-sounds mixed with a beautiful choir. A wall of sound, yet transparent and versatile. And to finish this cake with a fine icing three special guests made the debut album extra special: Firstly, Russell Allen (Symphony X), who sings a beautiful duet with Floor. The fact their voices mix perfect together was proven before and on the song "Sweet Curse" they show once again they are a magical duo.Björn "Speed" Strid (Soilwork) brings in power on a different level on the song "Disdain". His raw screams make this song the heaviest on the album and create a nice "battle of the titans" with Floor. On "Here's My Hell" you'll hear Dutch master grunter George Oosthoek (ex-Orphanage). The variety of these guests make the album extra interesting from the first note off to very last.The (live) band was completed early 2010. The band now consists of Matthias Landes (drums), Jaap Melman (bass), Jord Otto (guitar), Arjan Rijnen (guitar), and Ruben Wijga (keyboard).The self-titled album has 13 tracks and presents a new dimension in the female-fronted metal scene. It was released in June 2010 (Europe) and July 2010 (US) through Nuclear Blast.

Shortly after the (heartbreaking) split-up of the memorable and grandiose Dutch Symphonic Metal band AFTER FOREVER, The Flying Dutchwoman Floor Jansen (a nickname that Tuomas Holopainen came up with) teamed up with some other musicians and started her own new Metal act REVAMP and released their debut eponymous album before embarking on tour all around Europe. Sadly, Jansen had a burnout afterwards and it put the band on a hiatus for a while before they could pick up the songwriting process for their sophomore album which is finally here now.Although she agreed to handle the massive frontwoman duties for the Finnish Metal titans NIGHTWISH on the remains of their tour, Jansen, collaborating with ex-band mate Joost Van Den Broek who served as producer / songwriter again, along with her band members, still managed to put together a new opus having the typical REVAMP sound yet displaying more darkness and maturity. "Wild Card" is a logical departure from the preceding album and a natural outcome of everything Jansen went through prior to its recording. She has always been open about her personal issues, but this time it was more straightforward. It went beyond the lyrical themes and extended to every single aspect of the music, namely the vocals. Being such a house-hold and acclaimed Metal Goddess, an impeccable vocal performance is more than expected here. Yet this time, Jansen really took her vocals to the next level, making them pretty much the center and the substantial core of the album. You will not hear a lot of the operatic mood of the AFTER FOREVER heyday. Instead, Jansen delivered the most versatile, awe-inspiring and outstanding vocals you'd ever anticipate.It's not only your typical rocking tall Dutch girl belting out all that aggression in a still-feminine way, or those soaring soprano vocals overlaying the vehement music with an astonishing beauty. This time Floor proved that nothing could ever stop her, because in this album we can hear her growl! Yes, you heard that. She could effortlessly unleash the most devastating aggression in her ever-stunning clean voice before switching to a softer, seductive tone and then she blows your mind with perfectly-executed grunts as if she were indeed a growling monster not a lady venturing into this almost outlandish territory to her."Wild Card" is a bulky piece of music that is somehow revolving around a 3-headed beast entitled "The Anatomy of a Nervous Breakdown" and a set of individual gems of friendly short durations. The album welcomed an intriguing vocal collaboration with Devin Townsend in "Neurasthenia", the last of the "The Anatomy Of A Nervous Breakdown" series, while the first two parts "On The Sideline" and "The Limbic System" are solely centered around Jansen's voice. The opus also features an ensemble of some of the finest Dutch musicians, namely Mark Jansen (The mastermind in EPICA and a founding member of AFTER FOREVER) whose growls, not to be mistaken with Jansen's, can be heard on the EPICA-like "Misery's No Crime", as well as Marcela Bovio from STREAM OF PASSION who did the backing vocals along with Daniël De Jongh (TEXTURES), and her spouse and bandmate Johan Van Stratum who filled in for the bass player position before Henk Vonk was hired. There is also a subtle AFTER FOREVER reminiscence in tracks like "Precibus" and "Distorted Lullabies". I found it impossible to listen to "Amendatory" without feeling the urge to headbang and play those air-drums.Well, to sum it up, this is an album that would make you bow before the majesty and the glory of the rocking, growling Goddess who kept enchanting her audiences for decades not only with her gorgeous looks and towering heights but also with her compelling devilish powers that volatilize exceptionally through this record. This is not something you might expect from a female-fronted band from the Netherlands. You might be expecting some so-called Gothic, symphony-driven Metal topped with mediocre female vocals, but hell, NO! This is Floor Jansen and this is her REVAMP and they're heavy, they're unique and they're Metal.