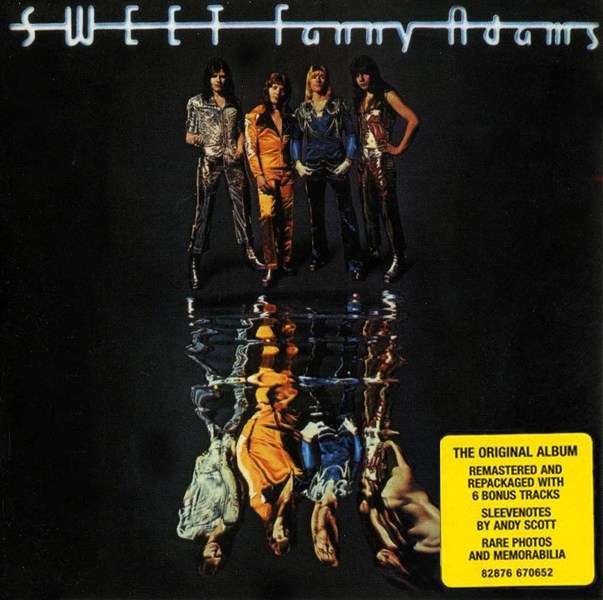 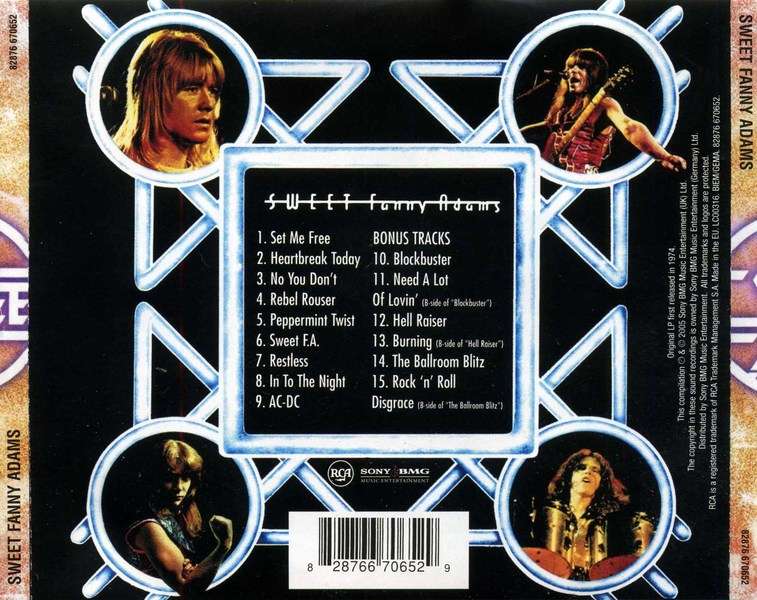 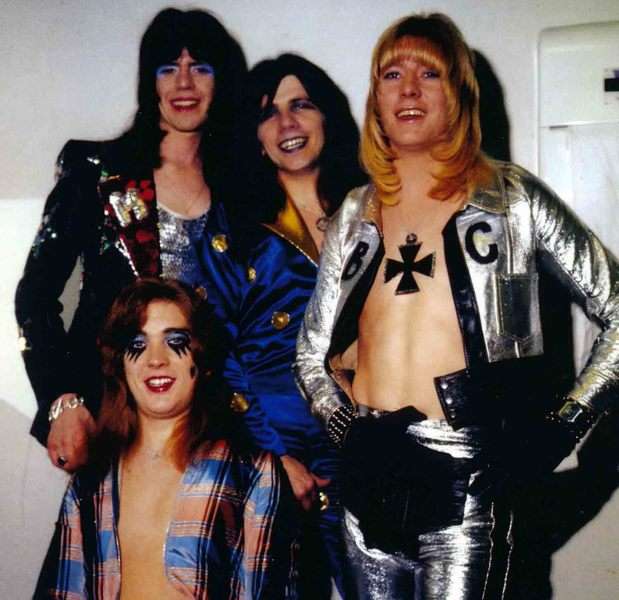 Sweet (also referred to as The Sweet) were a British rock band that rose to worldwide fame in the 1970s as a prominent glam rock act, with their most prolific line-up: lead vocalist Brian Connolly, bass player Steve Priest, guitarist Andy Scott, and drummer Mick Tucker.Sweet were formed in 1968 and achieved their first hit "Funny Funny" in 1971 after teaming up with songwriters Nicky Chinn and Mike Chapman and record producer Phil Wainman. During 1971 and 1972, their musical style followed a marked progression from the Archies-like bubblegum style of "Funny Funny" to a Who-influenced hard rock style supplemented by a striking use of high-pitched backing vocals.The band achieved notable success in the UK charts, with thirteen Top 20 hits during the 1970s alone, with "Block Buster!" (1973) topping the chart, followed by three consecutive number two hits in "Hell Raiser" (1973), "The Ballroom Blitz" (1973) and "Teenage Rampage" (1974). The band turned to more Hard Rock style with their mid-career singles like 1974's "Turn It Down". Their first self-written and produced single, "Fox on the Run" (1975), also reached number two on the UK charts. These results were topped in West Germany and other countries on the European mainland, where the band was very popular.The Sweet had their last Top 10 hit in 1978 with "Love Is Like Oxygen". Connolly left the group in 1979 to start a solo career and the remaining members continued as a threesome until disbanding in 1981.From the mid-1980s, Scott, Connolly and Priest each played with their own versions of Sweet at different times. Connolly died in 1997 and Tucker in 2002. The two surviving members are still active in their respective versions of the band; Scott's is based in the United Kingdom and Priest's in the United States.

Sweet Fanny Adams is the second album by Sweet, their first of two released in 1974, and also their first album simply as Sweet. The album was a turning point and change in the band's sound. It featured more of a hard rock sound than their previous pop records.The album title is English (originally Royal Navy) slang originating from the murder of eight-year-old Fanny Adams in 1867 and means "nothing at all" as well as a similar euphemism "F.A." = "fuck all".Sweet Fanny Adams reached No. 27 on the UK Albums Chart in the year of its release by RCA Records in 1974 and No. 2 in the albums chart of West Germany. It was not released in the US, but five of its tracks appeared on the US version of the album Desolation Boulevard released in July 1975. All songs written and composed by Brian Connolly, Steve Priest, Andy Scott and Mick Tucker except where noted. "Set Me Free" was covered by NWOBHM band Saxon on their 1984 album Crusader, American thrash metal band Heathen on their 1987 debut album Breaking the Silence, Seattle punk rockers Fastbacks on their 1987 debut album ...And His Orchestra, Mötley Crüe vocalist Vince Neil on his 1993 solo debut Exposed, Eric Singer Project on the 1998 album Lost and Spaced, and Christian metal act Stryper on 2011's The Covering. "No You Don't" was covered by Pat Benatar on her 1979 debut album In the Heat of the Night. "AC-DC" was covered by Joan Jett on her 2006 album Sinner as the title "A.C.D.C.", as well as by Vince Neil on his 2010 album Tattoos & Tequila as "AC/DC".The late 1980s Indiana-based glam metal band Sweet F.A., which released a pair of major labels albums in 1989 and 1991, respectively, named themselves after the Sweet song. English rock group Love and Rockets titled their 1996 album Sweet F.A..