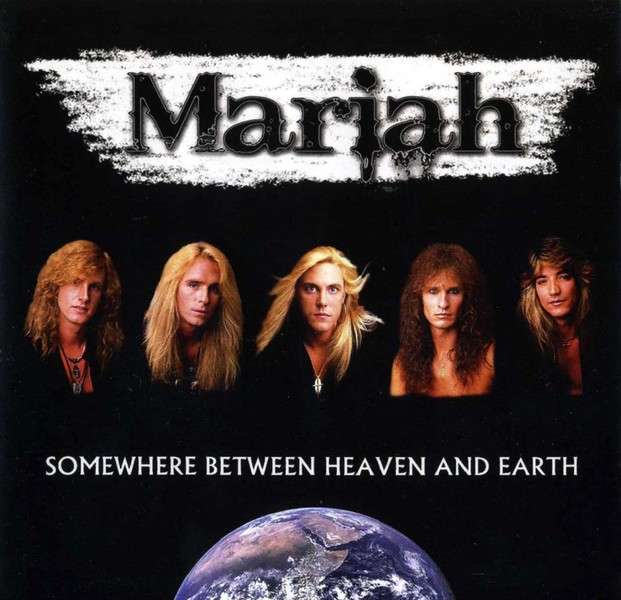 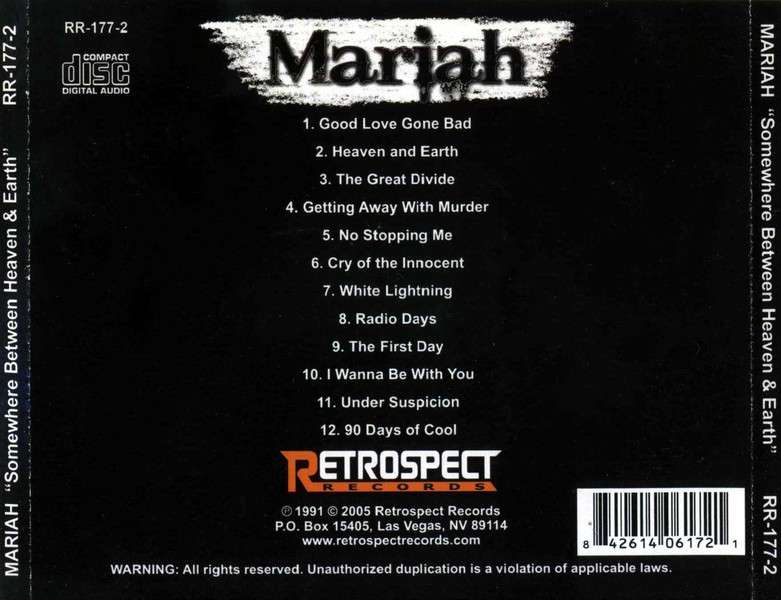 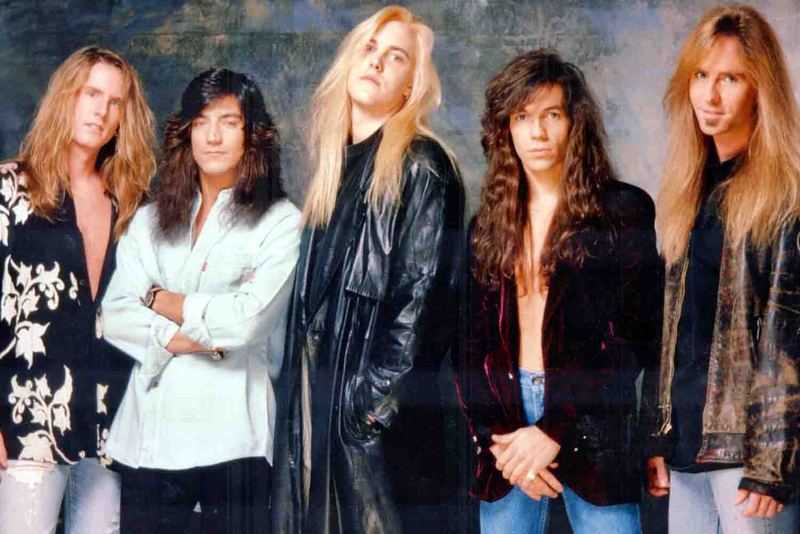 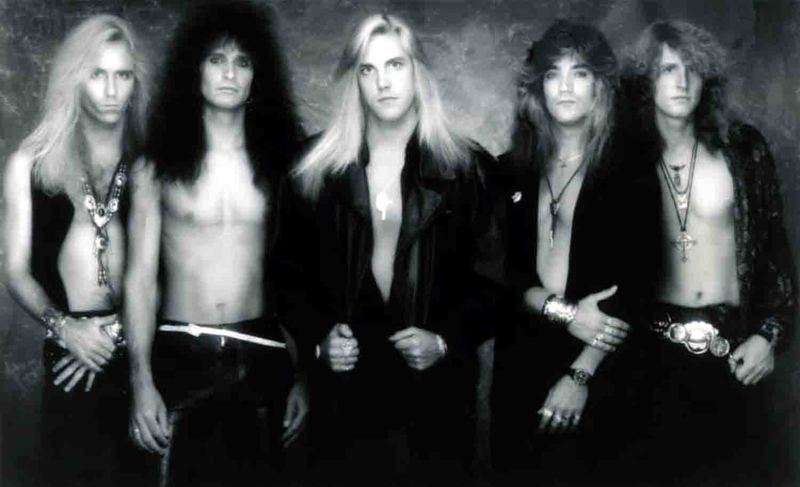 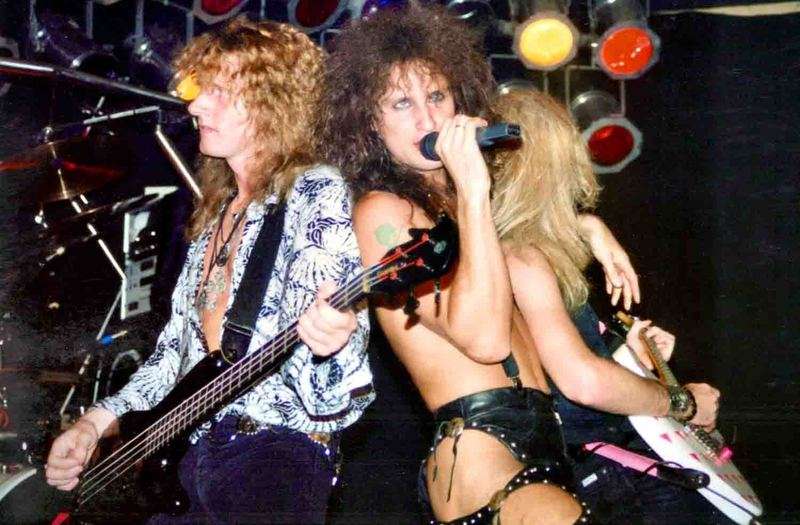 Mariah is a AOR/hard rock/glam metal band from Minneapolis, Minnesota, USA, that was formed in 1989. Three members Dennis Lind, Tim Compton and Curt Bearden formed this band after Pretty Boy (9) split up in 1988.Before adopting the Mariah moniker, this quintet made quite a name for itself as Pretty Boy. The guys succeeded in kicking up enough dust to attract the attention of Jon Bon Jovi, who invited both guitarist Tim Compton (formerly of Lynn Allen) and vocalist Dennis Lind to join him and Richie Sambora in Alabama to write some songs. They were next in line to follow Skid Row on the artist roster of Jon and Ritchie's record & production company The Underground. But in spite of being on the verge of entering the premier league of melodic rock, Mariah never got past an independently released self-titled debut. Anyone who was fortunate enough to get an earful of said album when it was first released some 15 years ago, agreed that this band was among the finest new combos in the genre we all hold in such high esteem. Blending elements of high calibre acts such as Danger Danger, Journey, Nelson and White Lion, the album delivers a blistering set of 12 songs that is sure to please even the most demanding wimpster.The disc kicks off with the big chorused "Knocked Down" that is a genuine throwback to "Night Of The Crime" era Icon. And while we're on the subject of Icon, the vocal delivery of Dennis Lind falls in somewhere between that of Stephen Clifford and Mark Evans (Heavens Edge). Up next is the beautiful "You Should Know By Now" that has a definite Drive, She Said feel to it and comes complete with acoustic guitars, lush keyboards and passionate vocals. More sugar-coated stuff is delivered in the shape of "April's Calling" and "Make Wish" (that offers shades of Warrant's "Sometime She Cries"). "Jaime" was co-written with Jon Bon Jovi and Richie Sambora, but I can't say it comes off as a typical Bon Jovi song. "Whirlwind" sees the band rocking out a bit with a track that tells the tale of a young man and his trouble with the law. Continuing the band's stroll down a rockier path is "One In A Million". Of the remaining five tracks, only "Mirror Mirror" sees the guys turning things up a notch. Mind you, this is not a quibble. I'm known to like my music with the amps turned up to eleven, but these guys do what they do so well that it really doesn't bother me that their songs are predominantly laidback.The thing that struck me the most while listening to this disc, is how well crafted the songs are and how each member stays within the structure of the song to make sure the magic of each cut isn't lost by going over the top. Equipped with tons of hooks, memorable choruses and a sense of melody underneath that drives it like a locomotive, this is one album every home should have at least one copy of!

Originally Recorded in 1991.This is the second pressing of the CD which features a bonus track. AOR.This is a big surprise to me... great Mid-West AOR is what this band plays, with a world class lead singer in Dennis Lind!Think a mix of Tyketto and the more AOR oriented songs of Tangier with lots of keys and you got "Mariah".Maybe there could be a few more faster songs, but there ain't any fillers here at all.My personal favs must be.."The Great Divide","Heaven And Earth", "Radio Days" and "White Lightning"...I will highly recommend both there albums!AOR / Melodic Rock outfit originally called Pretty Boy , MARIAH boasts an amazing line-up...The one-of-a-kind soulful vocal pipes of of Dennis Lind.Killer rhythm section - Bassist David Livingston and Drummer Curt Bearden.Keyboardist/guitarist Jimmy DiLella , who had previously recorded and toured with WAYSTED , BRITNY FOX and later with DORO. He subsequently founded the band TYKETTO and co-wrote their international career-defining smash "Forever Young".Ex-LYNN ALLEN guitarist Tim Compton (who is one of the tastiest guitarists you'll ever hear).