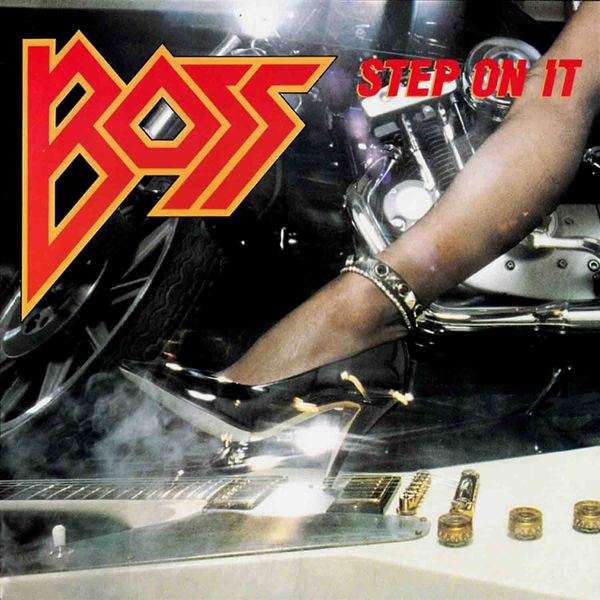 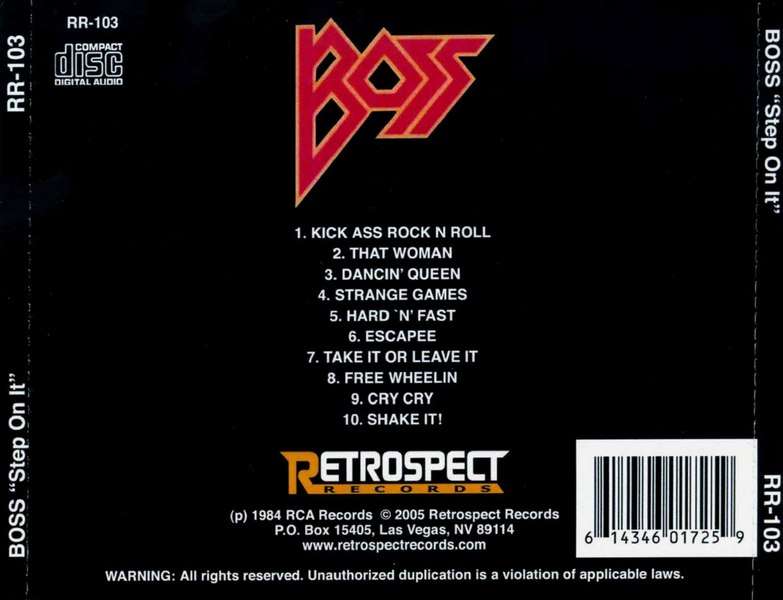 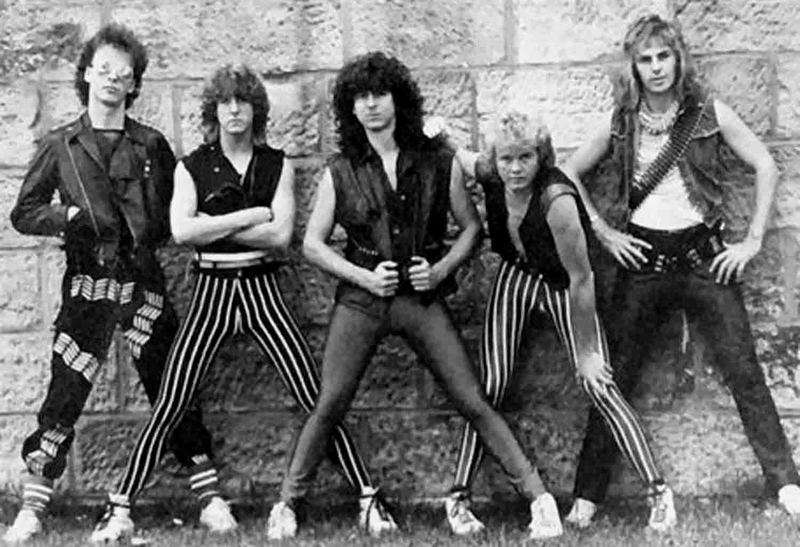 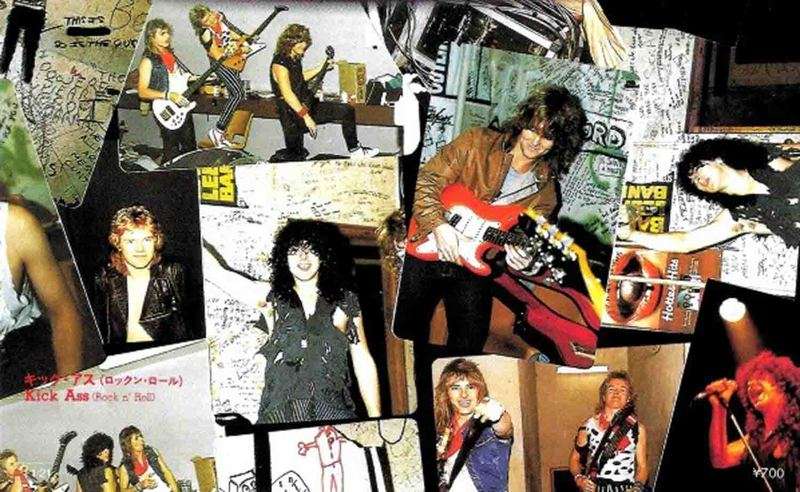 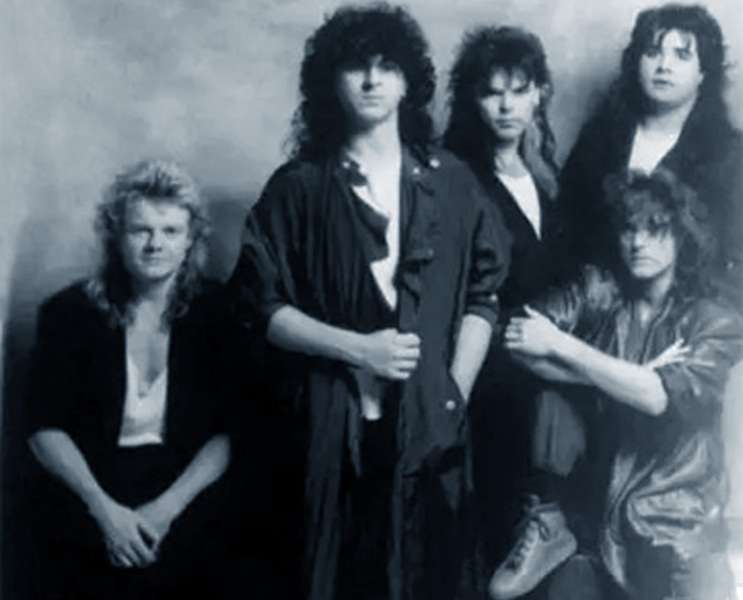 Craig Csongrady (vocals) originally formed Boss in Adelaide, Australia, during 1979. Kevin Pratt (guitar) and Csongrady moved to Sydney in 1980, where Dapto, Wollongong guitarist Peter Sutcliffe was added to the line-up. Boss commenced a heavy schedule of live performances on the Sydney pub and club circuit. Most notably, some of the band's best performances were at the Astra Hotel Bondi. In 1983, Boss released a two-track self-titled single, produced by Jon Kennett.The band had a very short-lived career that was at its peak in 1984 with the international release of LP Step On It. The LP was well received in Europe, but failed to achieve the same success locally, and the band fell apart soon after. Many fans were disappointed to learn that a Roland TR-909 drum machine was used instead of a real drummer on the Step On It LP. The success of Step On It also saw Boss support a number of big acts including Iron Maiden, Twisted Sister, and Ronnie James Dio.After Boss split in the mid 1980s, vocalist Craig Csongrady and lead guitarist Kevin Pratt formed BB Steal.

Boss is straight up hard rock/heavy metal Motley Crue worship straight out of Australia bringing in the attitude and old school denim and leather approach with beer and women. This basically is Motley Crue, but good; this is what Crue should or could have been if they played some heavier stuff and kept more of the music ahead of the image. The music is very hard rock oriented but obviously inclined with a traditional heavy metal sense, including some typical 80’s shredding solos, very Van Halen-esque and a lot of crunchy riffs akin to that of AC/DC or Skid Row, with a pounding rhythm section combined with the simple beats of the bass and drums complimenting well like every other band of this type.The music here is what I consider to be some of the cheesiest music in existence, with the typical attitude of partying, loose women, and rock and roll. Some of the stuff here leans straight up to Motley Crue type hard rock with the back up vocals almost ‘gang’ shouted stuff, the simplistic riffs and the overall sound with songs like Escapee and Hard N’ Fast that are just straight up simple songs that are somewhat fistpumping and catchy. Other songs on here range from really good to plain boring filler. The opener Kick Ass (Rock N’ Roll) is a great song featuring some decent lead guitar work and a catchy as hell chorus. That’s what this whole music style focuses on, being catchy and writing songs that make up stand up and pump your fist in the air while chanting along. As much as I hate bands like Motley Crue, Poison, Skid Row, and practically every glam metal band in existence, Boss does a decent job of making themselves more than that with each song being somewhat worthy of listening to instead of having one or two singles that are just catchy numbers while the rest fades away. After one listening of Kick Ass, you’ll be chanting along: “All you need is ROCK AND ROLL! Can’t get enough of ROCK AND ROLL!” It’s followed up with That Woman, being something of a Girls, Girls, Girls, type followup with much of a similar beat, or something that would be straight out of Poison’s discography. That Woman is the other highlight of the album being probably what would be the ‘second single’, in that it is the next catchiest and something that would be on every Australian’s radio playing back in the mid-80’s.The musicianship here is competent but nothing special, as per what you would expect from a hard rock/heavy metal band from the early 80’s with a glam side. It has some decent lead guitar work that shreds it up when necessary but in the end it’s nothing you wouldn’t find in a thrash band, and still being less that equal. The drums are ridiculously boring and simplistic, with pretty much each song having the same hard rock/glam beat of “bum chee, bum bum chee” or some small variant of the standard beats. The bass shows itself at times like most bands of this ilk, it plays a decent variant of the lead rhythm and not being a highlight unless the guitar drops out or is low in the mix, with a song like Strange Games. The vocals here are probably the highlight here, having a nasally accent reminding me of a Down Under version of Accept’s vocalist. He shows his competency by showing off some nice falsettoes when he wants, as well as bellowing out plenty of faster vocal sections but it’s mostly in the territory of something like Skid Row or Accept. He’s possesses a nice set of pipes and it’s very familiar sounding, like you’ve heard him many times before, but can’t place it.So basically what you have hear, is one of those obscure bands that never really hit the mainstream despite playing what is invariably quite a mainstream sound for the mid to early 80’s at least. This is pure hard rock/heavy metal hybrid with some glam metal type tendencies with the lyrics and theme, fortunately the music is better than most bands out there, fuck Motley Crue, Poison, Skid Row, Warrant and all those bullshit bands, Boss is where I’m going to come to when I need my fix of cheesy ass 80’s styled hard rock/heavy metal. This is not normally my style of music, I typically hate 80’s glam metal and hrad rock/heavy metal hybrid wannabe’s, but I had to listen to this seeing the band name and such for obvious reasons. This is nothing special, nor have you heard songs like this but it’s fun for what it’s worth and a decent listen what you want your fix of beer and loose women in the form of music. And try not to sing along to Kick Ass, I dare you