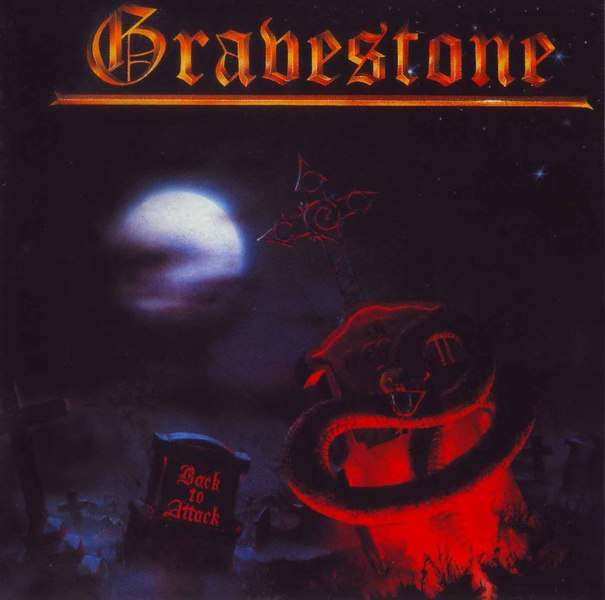 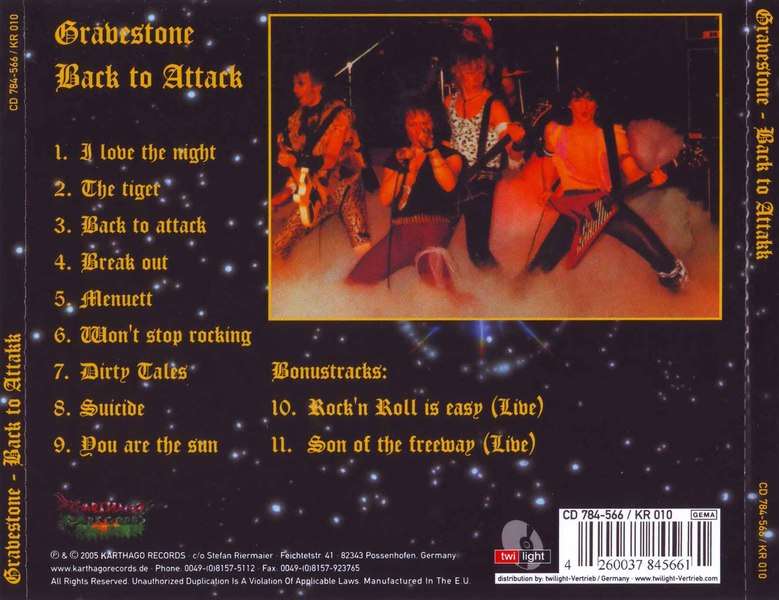 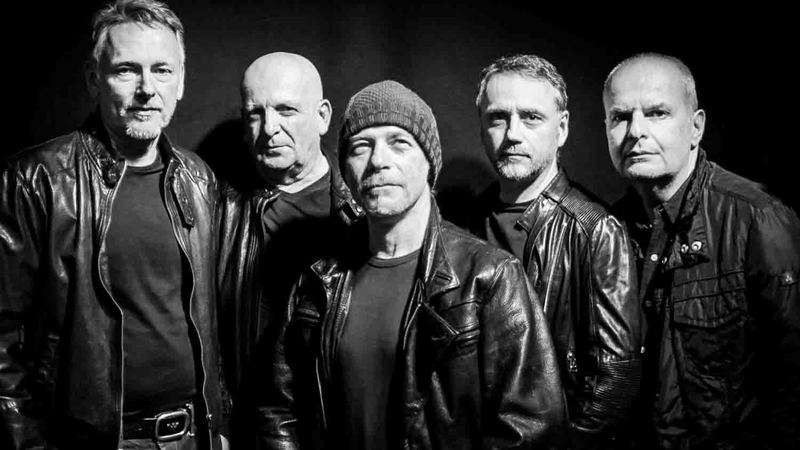 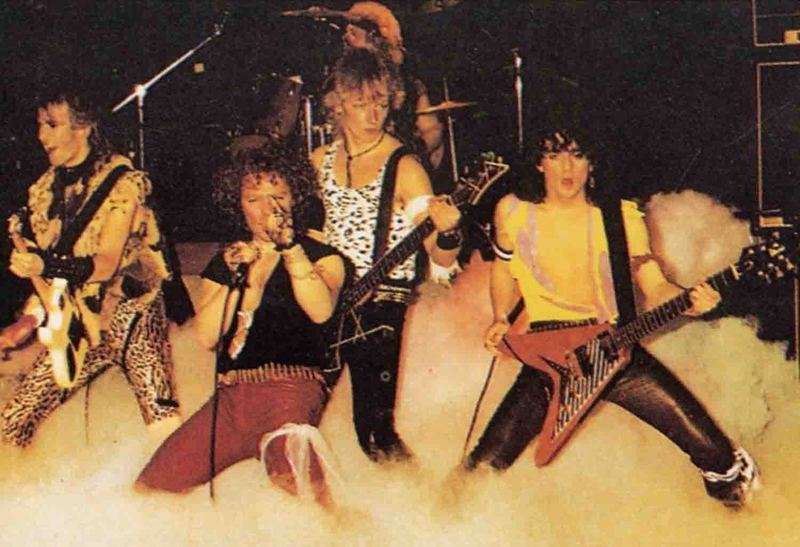 Gravestone was a German heavy metal band, formed in 1977 as originally a progressive rock outfit, before going in to the heavy metal genre.Gravestone released five studio albums between 1977 and 1986 before splitting up. Several of the band members continued the band under the name 48 Crash.

As I mentioned in my review for ‘Chains’, Gravestone are pretty much the German Grim Reaper. An exceptional band hell-bent on metal with a speedy, yet extremely melodic brand of music that’s incredibly energetic and enjoyable. The thing about these guys is they’re so fucking unknown too, which is sweet – I kind of almost ‘have them to myself – ha! Anyway, back to attack is their fourth full-length, and an air of refinement and professionalism is evident in their sound.Anyway, let’s talk vocals. Berti Majdan is a skilled dude with a voice that retains plenty of that typical German whininess, with a definite banshee quality that gives the band much of its Grim Reaper-esque sound. Being a kraut, there’s always times when he’s going to draw comparisons with guys like Udo Dirkschneider (hope I spelled that right), times such as the verse vocals for ‘The Tiger’. He’s got a voice I’ll have to admit I like more than Udo though, more melodic, with less rough-edge, but still retaining energy. Anyway, Majdan’s banshee screams are most of the reason Gravestones rules, such as the great moments in ‘Back to Attack’. The chorus is a great showcase her, and he really brings the song to life with his high-pitched screams. “…and now were back, we’re back – to attack!!!!” is an excellent moment, as is the chorus vocal which is something like “driving down with all our thunder!!!!!” which is just magical metal. There’s also great slower vocal moments, such as in the depressive soft number ‘Break Out’.Guitars in this one are good, but not the mind-blowing standard of a ‘Priest release. The slower number ‘Break Out’ has really enjoyable acoustic work, the guitars crafting out an excellent text making this one one of the btter slower numbers from any obscure German act I’ve listened to lately.‘Just a Minuette’ (what’s the deal with that spelling, French?) is your instrumental guitar showcase piece, and it’s got an almost Queen-like air about it – plenty of pomp and majesty, with the slight harmonies being reminiscent of that bands tone. I guess drawing a guitar comparison to Brian May is no insult – so take from that what you will. Good touch adding this piece.Production and mixing now. Gotta say that the overall sound of this release is kind of ‘thick’ but not really ‘dynamic’ if you know what I mean. The quality is mediocre, so to speak – I can’t hear the bass at all – and to me that’s a big no-no. Guitars come through very nicely with lots of reverb and other effect. This lack of ‘dimensionality’ is a major let-down, considering the band style. It put forward that band playing the more ‘melodic’ sub genres of classic metal probably need good production more than your heavier type stuff. ‘Dirty Tales’ is an awesome track that would benefit from more production heavy antics, but on the other hand, it’s the only song I can hear the bass in (maybe ‘Suicide’ as well).A great collection of songs, and this band really is phenomenal – I can’t believe no-ones heard of these guys!!!!! Not too much ‘filler’ with a consistent thematic carry-through on this 1984 release. Great lyrics and high-energy throughout are the best features. I enjoy the variation in subject matter which doesn’t stray too far from your usual formula. Perhaps their best album art is present on this album too – a great cover which I printed out for a poster on my wall. This band also has a great name which people always remark on when I’m talking about this band to them. Solid melodic German metal here from an excellent band.