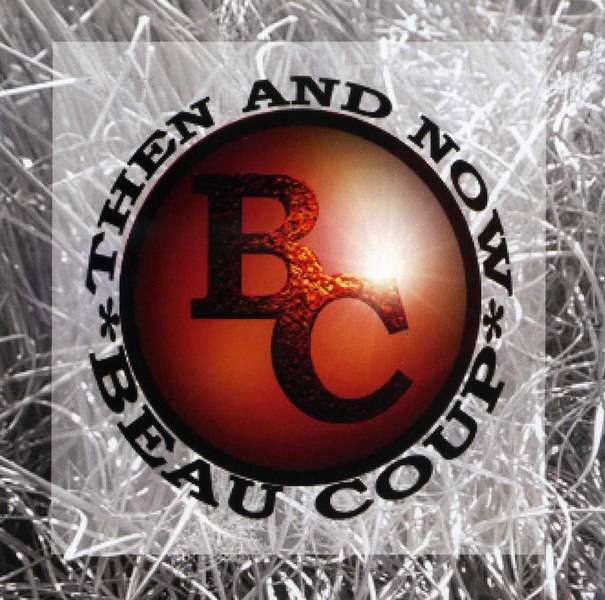 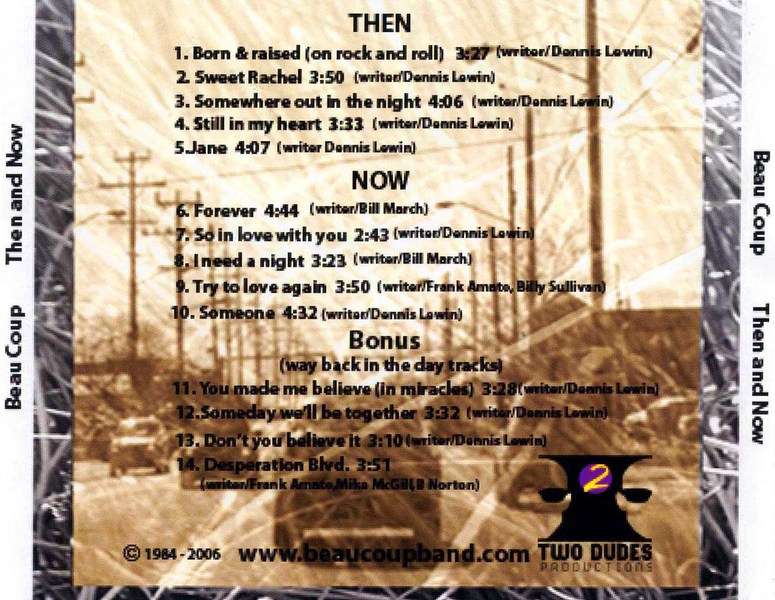 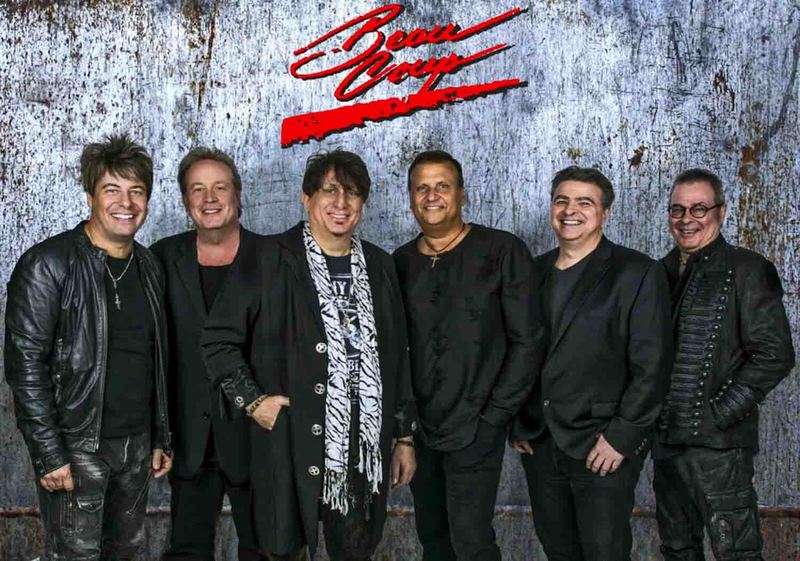 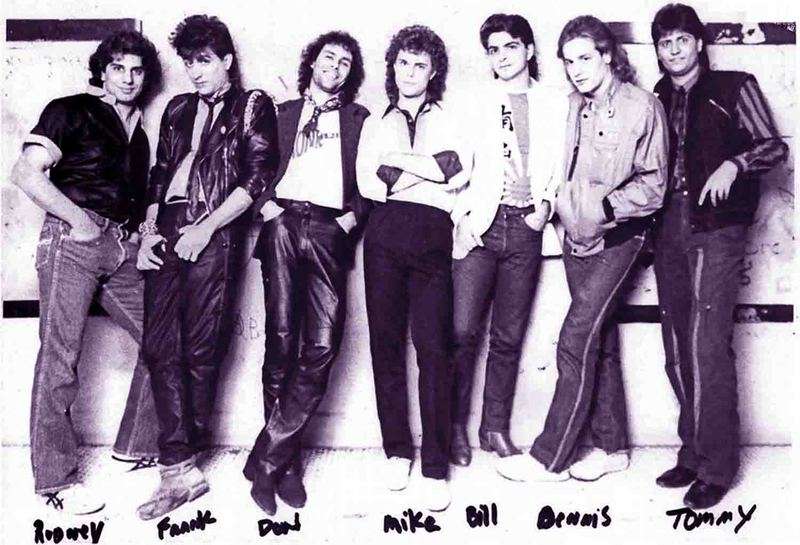 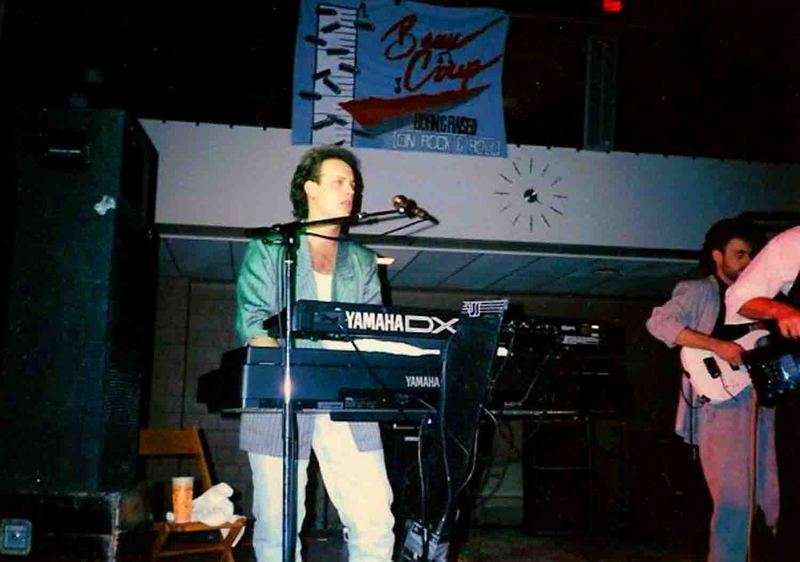 Beau Coup is an American rock band from Cleveland, Ohio.Beau Coup began in the year of 1983 as a recording project and performed under the name Pop Opera. They changed their name to Beau Coup at the end of 1984. The project was started by vocalist Tommy Amato (not to be confused with the prolific session drummer of the same name, also from Cleveland), guitarist Mike McGill and drummer Eric Singer. Eventually, Amato invited keyboardist and songwriter Dennis Lewin to join the project while he was playing in a band called Jonah Koslen and the Heroes.In that same year after the Heroes disbanded, Lewin, Tommy's older brother Frank and Bill March joined the project. With the help from Henry LoConti Sr. and Henry LoConti Jr., proprietors of the Agora Theatre and Ballroom and the "Agora Record Label", the band released their 6 song EP titled Beau Coup, known as their (White Album) which featured mostly Lewin's songs.The first single released from that EP was "Still In My Heart" which was authorized for airplay by 98.5 WGCL's WNCX General Manager and Program Directors. The song became a top 10 record on the station.[6] Subsequently Rock 'n Roll Records, a subsidiary of Scotti Brothers Records signed the band and the song was distributed by CBS Records in the year of 1984.Program Director John Gorman (radio) at WMMS also took great interest in Beau Coup and gave them extensive airplay and invited them to participate in many station events as well.After much struggle with Scotti Brothers Records and after being released by the label, the Beau Coup "Born & Raised on Rock & Roll" album, CD, and cassette were finally released on the Amherst Record label in the USA and on A&M Records of Canada[9] and Europe in 1987.The song “Sweet Rachel” written by Dennis Lewin,[4] reached #80 on the “Billboard Hot 100” singles chart and received much radio and video play internationally. Other Lewin songs including “Still in my Heart”,“Somewhere Out in the Night”and “Born & Raised on Rock & Roll” were all picked by Billboard as “Hot Picks” along with a video which was played on video shows in the US and abroad, including MTV and USA Video Hits.Although Beau Coup disbanded in the early 1990s, from time to time they reunite to perform for several special events.Because of the Beau Coup song "Jane" which Lewin wrote[4] about the legendary rock music critic Jane Scott, they were invited to perform at her memorial service which was held at the Rock & Roll Hall of Fame in Cleveland, Ohio in 2011.

Despite of never achieving major national attention, BEAU COUP was one of the most popular Cleveland, Ohio area bands in the mid-80s. The project started in 1983 by vocalist Tommy Amato & guitarist Mike McGill, and after various line-up changes (even guitar master Tim Pierce and drummer Eric Singer among others were part of the band) finally with the addition of keyboardist / songwriter Dennis Lewin (coming from another cult band called Jonah Koslen and the Heroes) Beau Coup was complete. In fact, Lewin would become Beau Coup’s main songwriter.“Then & Now” was released when the band reunited two decades ago, features 5 songs taken from their two Eighties albums, 5 new tracks (most were composed in the ’80s) plus 4 ‘bonus from the early days’, all of them being the remaining tracks from their first, hard to find, vinyl-only 1984 EP.Beau Coup played classic mid-80s American AOR with that polished and clean sound we all love. And that’s what you’ll find here in spades.Beau Coup released their first, self-titled mini-LP in 1984 also known as White Album, and one track from there, ‘Still In My Heart’, was picked up by Scotti Brothers Records to test the band nationwide, releasing it as 45rpm single distributed by CBS Records. It was very well received gaining extensive airplay, but as happened with many good bands from the era and Scotti, the recording contract vanished.Beau Coup did not give up, continued playing at the East Coast area and recorded their second effort, ‘Born and Raised on Rock and Roll’, again released through a private label.Tracks like the atmospheric ‘Sweet Rachel’ (the best song Honeymoon Suite never wrote), the pumping ‘Born & Raised [On Rock & Roll]’, the anthemic ‘Jane’, or the aforementioned single ‘Still In My Heart’ (a super ballad), are to die for.The gem from the bunch is ‘Somewhere Out In The Night’. Simply put, this awesome midtempo is the true definition of ’80s AOR, and a must have track in any collection.The five new tracks were recorded by the guys trying to respect the classy 80s sound of the band, and are nicely done with ‘Try To Love Again’ (some Loverboy on it) and the uptempo melodic rocker ‘Someone’ among the best.The CD is completed by the rest of the ’84 EP, all very enjoyable as well.Long time American AOR fans already known Beau Coup as one of the finest this genre offered, specially speaking of indie acts. But believe me, Beau Coup does not sound ‘indie’ at all; songwriting, musicianship and production are second to none. This group should have been huge alongside Loverboy, Honeymoon Suite, Survivor and bands of that ilk.