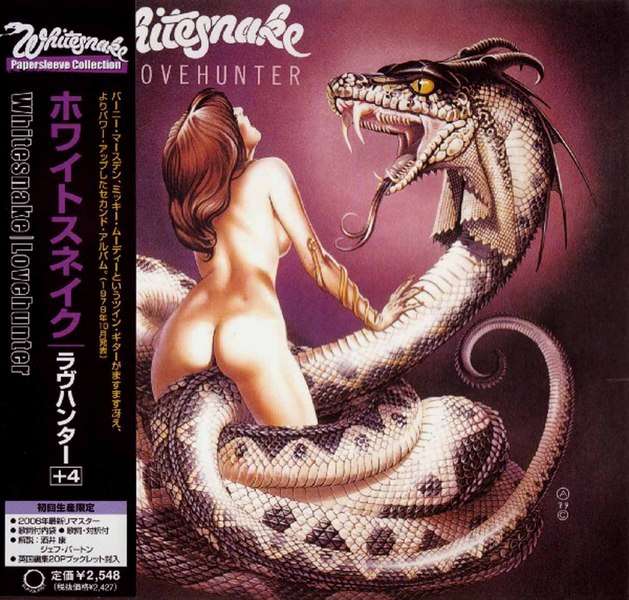 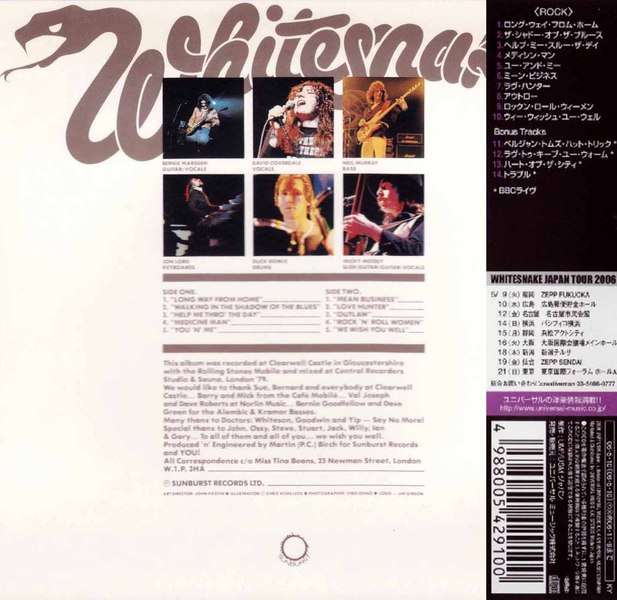 Japan Mini-LP-Replica-CD, Papersleeve Collection, Cardboardsleeve with OBI-strip, folded Japan-booklet, CD-booklet, printed Innersleeve, 4x Bonus Tracks from the Andy Peebles Radio Session recorded 29. March 1979.Lovehunter is the second studio album by British band Whitesnake, released in 1979. It charted at No. 29 on the UK Albums Chart."Long Way from Home", the leading track on the album reached No. 55 on the UK charts.It was the group's last album to feature original drummer Dave Dowle.Lovehunter's controversial cover art, showing a naked woman straddling a large snake, was created by fantasy artist Chris Achilleos. It was the last album cover he designed for many years, until 2003 and Gary Hughes' rock opera Once and Future King Part I.The original Lovehunter artwork was stolen in the 1980s.A similar idea had been used three years earlier for the cover of Jon Lord's Sarabande album. Lord was in Whitesnake at the time of Lovehunter.Lovehunter was remastered and reissued in 2006 with several bonus tracks taken from Andy Peebles BBC Radio 1 sessions recorded 29 March 1979 (tracks originally from the band's debut album Trouble).