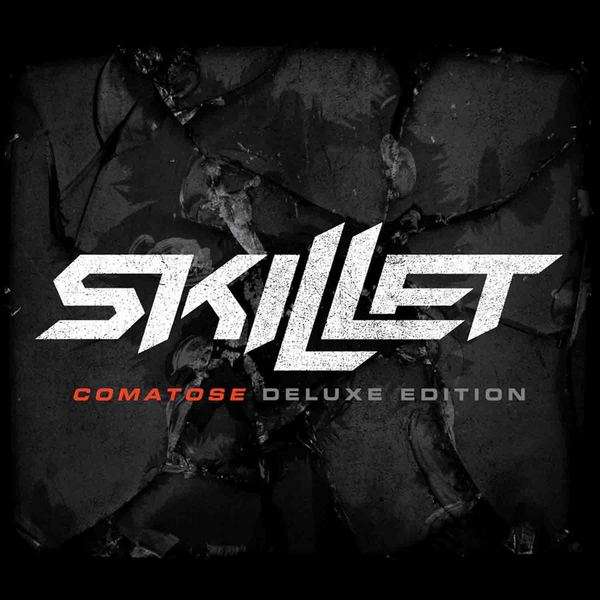 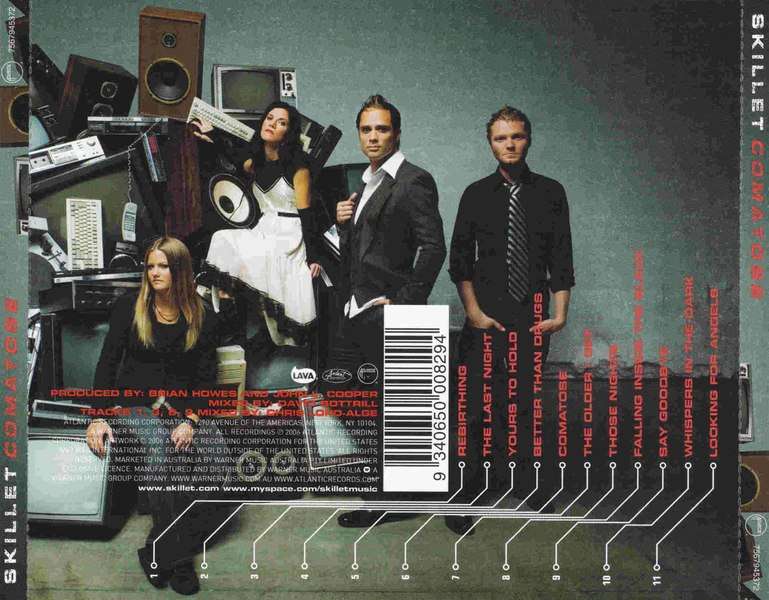 Comatose is the sixth studio album by American Christian rock band Skillet. Released on October 3, 2006 by Lava Records, Ardent Records and Atlantic Records,this album continues their previous album's trend of downplaying the keyboard elements that were prominent in previous releases in favor of more orchestral elements and distorted guitars. Comatose was certified gold by the Recording Industry Association of America (RIAA) on November 3, 2009, their first record to do so, and has since gone platinum, selling over 1,000,000 copies as of May 20, 2016.On December 6, 2007, the album also received a Grammy Award nomination for Best Rock or Rap Gospel Album. A deluxe edition of Comatose was then released in stores on December 26, 2007 and a live DVD of their headlining tour in support of the record was released in the fall 2008.This is the last album drummer Lori Peters recorded with the band. Comatose has mainly received positive reviews. Allmusic praised its unique mixture of instruments, saying, "When guitar progressions meet piano nuances, special things happen with this band."Jesusfreakhideout.com also gave the album a high rating; "Filled with big songs from beginning to end, Comatose relies on more theatrics to build their sound while delivering substance at the same time."Christianity Today, while mostly giving the album positive remarks, felt that the ballads were a bit too pop-oriented compared to the heavier songs. They also found some of the lyrics to be generic.IGN.com gave the album a mixed review, commenting, "This may play well within that niche market of Christian music, as many of the traditional listeners eschew 'secular' radio. But anyplace else, this album will be ignored by the masses, as it's all been done before in one way or the other.