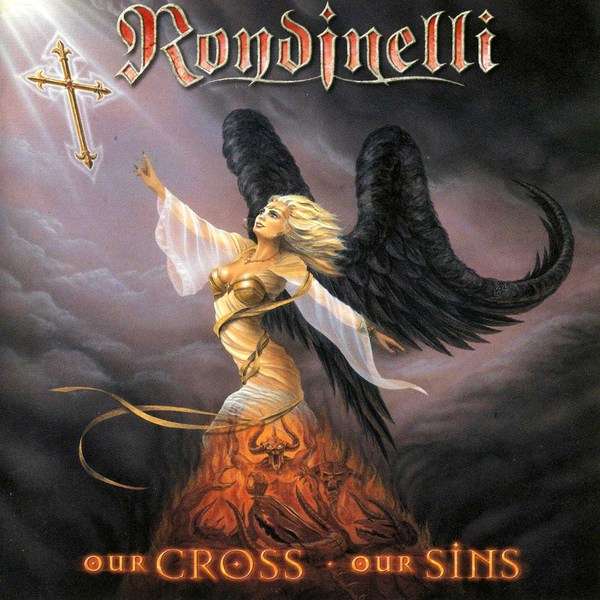 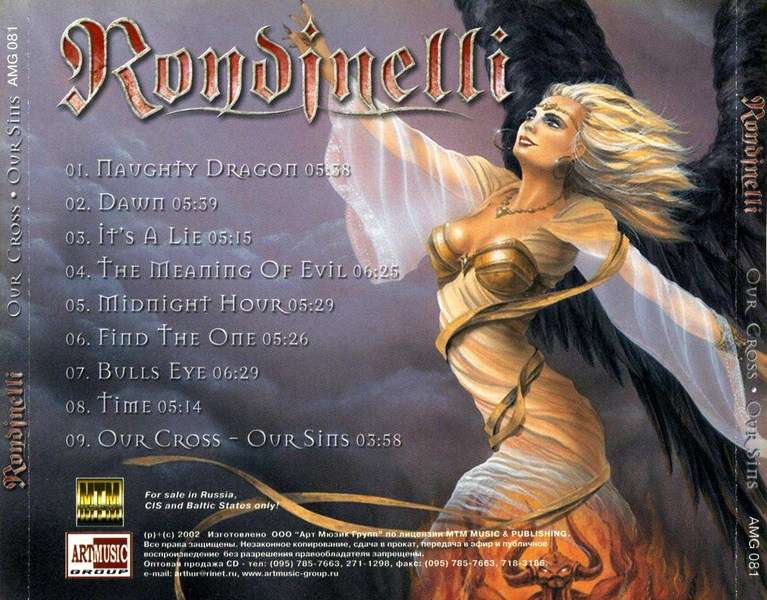 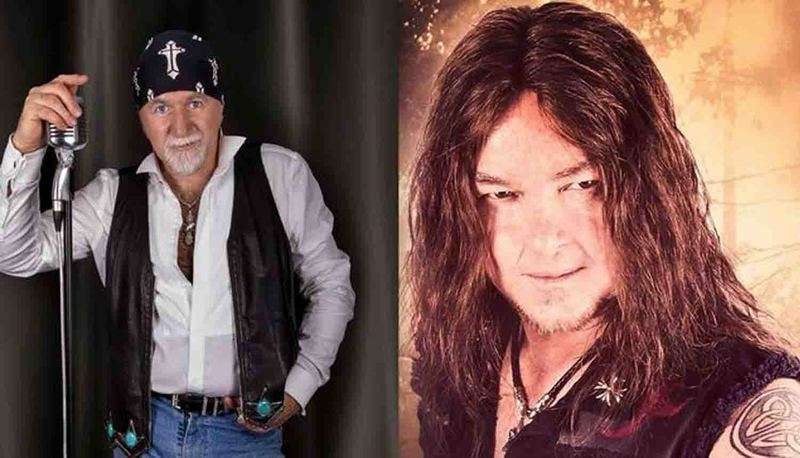 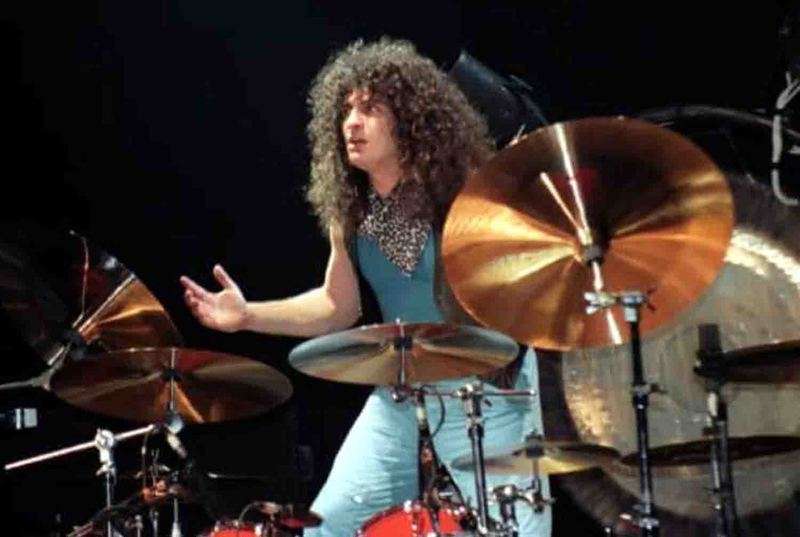 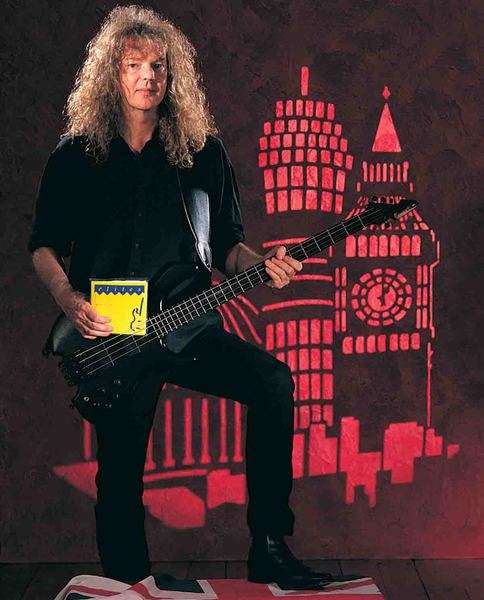 Rondinelli is "fronted" by drummer Bobby Rondinelli and his brother Ted who plays guitar. This band has only two albums, but has a very strong Black Sabbath connection. Bobby himself played drums on two Sabbath albums over the span of a couple of years from 1993-1995.Also singing on the first Rondinelli Album (War Dance) album was Ray Gillen, who sang for Sabbath in 1986 & 1987, as well as singing for Badlands, who was fronted by Jake E. Lee, Ozzy Osbourne's former guitarist.The second Rondinell album is fronted by Tony Martin, who sang on six Sabbath albums from 1987 through 1995. It also has Neil Murray on bass, who was in Sabbath too.Good stuff and you'll probably like it a lot if you listen to Tony Martin's era of Black Sabbath.

Robert Rondinelli (born July 27, 1955) is a rock drummer best known for his work with the hard rock/heavy metal bands Blue Öyster Cult, Rainbow, Quiet Riot, Black Sabbath, The Lizards,The Handful, and Rondinelli. In July 2013, Rondinelli was announced as the new drummer for the Axel Rudi Pell band, replacing previous drummer Mike Terrana.Rondinelli has played on subsequent albums and tours, and remains with the band at time of writing (February 2016).

Our Cross Our Sins marks the second release by Rondinelli. Their first album, War Dance featured the late great Ray Gillan (Badlands) on lead vocals. The band was formed by the two Rondinelli brothers, Teddy, a seasoned veteran guitar player from the 70's and Bobby, a veteran drummer who is most noted for his work with Black Sabbath through the 90's but also has played with Rainbow, Doro, Quiet Riot and is currently the drummer for Blue Oyster Cult. Joining the Rondinelli brothers are Bobby's fellow Black Sabbath bandmates, Tony Martin, vocals, who made a name for himself recording with Tony Iommi's version of Black Sabbath that existed from the late 1980's and well into the 90's and is currently involved with Dario Mollo in The Cage project, and bassist Neil Murray who, besides Black Sabbath, has played with Gary Moore, Whitesnake and The Brian May Band. He is currently with some of his ex-Whitesnake bandmates in The Company Of Snakes. What you have here is a supergroup of sorts with all of it's members having very extensive experience in the hard rock and metal genres.I wasn't sure what to expect from this album as I have never heard their first one. Judging by the quality of the musicians in this band, I expected that they would deliver quality music. They certainly haven't disappointed here! The first thing that struck me was how similar some of the tracks sounded to the Black Sabbath music some of the members of this band have created in the past. There's lots of Sabbath style repetitive riffing and a really huge pounding drum sound. The drums are way out front in the mix on this album and although in a few cases is a little distracting, it really helps drive the songs with an incredible punch and energy. There's lots of the slow Heaven and Hell type of tempo on this album too and guitarist Teddy Rondinelli offers up some big fat chunky guitar riffs that really are a tip of the hat so to speak to Tony Iommi. His lead guitar playing is outstanding and in a few instances, really spices up a couple of the weaker tracks on this album. Teddy Rondinelli's playing has a very energetic and spirited style and really has an infectious groove to it. He attacks each song with a barrage of thick power chords and melodic and technical leads.Some of the riffing on this album really brings bands like Whitesnake and even Blue Murder to mind with their style and overall feel. A couple of tracks have a U.F.O. style of classic bluesy and melodic riffs with lots of lead fills layered overtop (a la Michael Schenker). Tony Martin's voice is as excellent as ever and he sings very much in the style he did in his Black Sabbath days. A lot of the lyrical subject matter is very similar and a couple of tracks sound like they could've been on a Sabbath album from the 90's, the style is very much the same.This album really has some great songs in the classic 1990's Black Sabbath tradition. Fans of such albums as Cross Purposes and Tyr (one of my personal favs.) will find lots to like about this album. It even has a Black Sabbath style cover with angels and crosses etc. The style may be a little more melodic and bluesier but some of the Sabbath magic makes brief appearances throughout this album. Fans of some of the great melodic hard rock to come out of the 70's and 80's such as Whitesnake, Blue Murder and U.F.O. will probably like this album as well. The only weak spots are a few tracks which are vastly substandard to the rest but are fortunately saved from being scratched from my playlist picks by the awesome guitar playing of Teddy Rondinelli. Some of the songs are a bit long too, most averaging between 5 and 6 minutes. I would've preferred shorter songs and more of them. There's nothing really new here and I can't give points for originality, but hey, just when you thought that you don't hear much of this style of repetitive riffing, melodic hard rock/metal anymore, an album like this comes along. Even if it's only a bit of nostalgia for someone like me, it's still music to my ears!