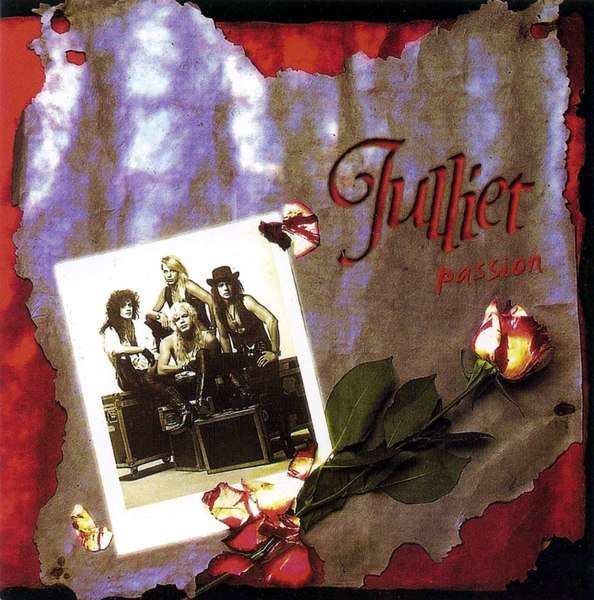 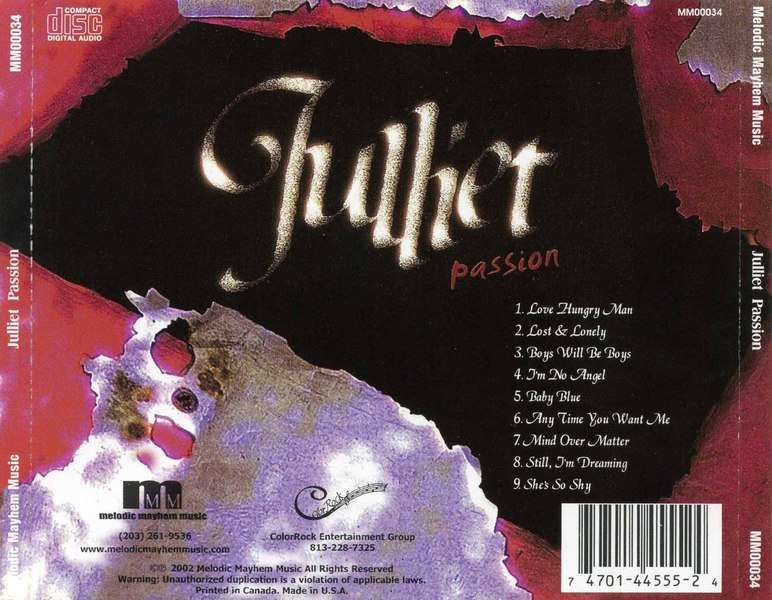 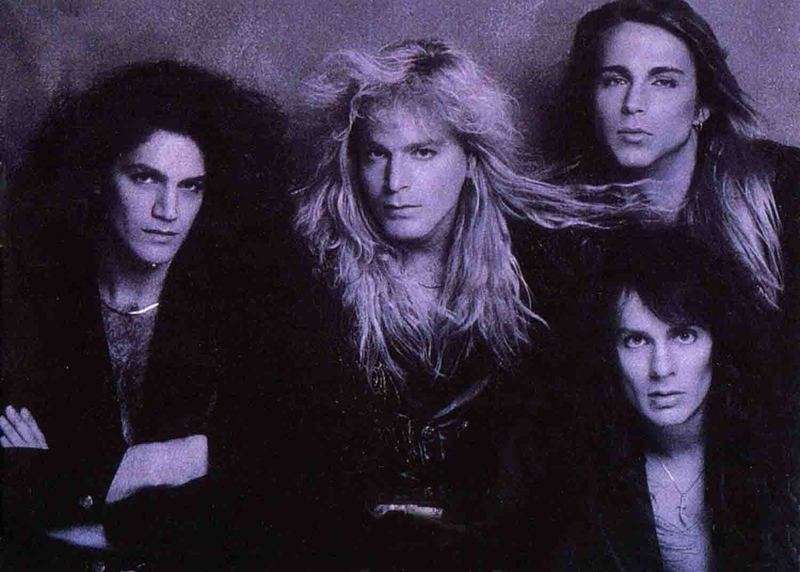 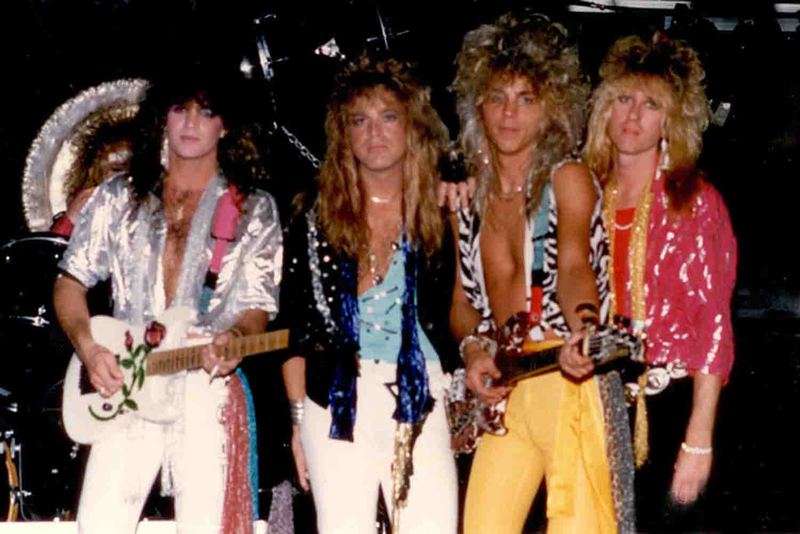 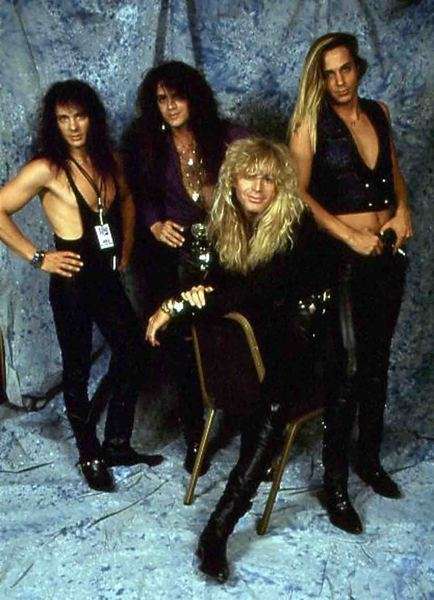 Julliet was formed in 1985 by lead guitarist Jimmy DeLisi and bassist Ty Westerhoff.They had been through their share of lead vocalists before finally adding Kenny McGee to the lineup. Jimmy and Ty knew about Kenny but he was with another band. They knew McGee was a perfect match. One night at a show, their singer didn't show up so they quickly sought after Kenny for the gig. Not knowing the words, Jimmy and Ty fed the lyrics in his ears during the show. After adding Greg Pecka on drums, the rest would soon be history.Julliet performed their unique brand of melodic hard rock to capacity crowds throughout the southern United States. Relocating to the rock capital of L.A. from Florida in early 1988, the band gained a strong and loyal following, selling out show after show, earning the reputation as a powerful live band. One year to the day after they left the sunshine state, Julliet signed their deal with Enigma Records.At the time of relocating to LA, the band had been working closely with Kevin Dubrow of Quiet Riot. Kevin became interested in working with the group and produced the first Julliet album entitled "Passion". Kevin enlisted the talent of drummer Frankie Banali to play drums on the album as well. The Passion album contained 10 very powerful songs and each individual talent is clearly displayed. However, the album was shelved and not released for years later.Their self-titled debut release took form when the band hooked up with producer Frankie Sullivan (Survivor guitarist/producer). Sullivan had the right idea going when he incorporated the bluesy McGee vocals on to tape. McGee identifies his roots as beginning with Elvis Presley as well as legendaries such as Kiss, Queen, Sweet and Aerosmith. Backed by the strong harmony vocals of De Lisi and Westerhoff and the powerful Pecka backbeat, all the pieces were in place.The self-titled album went on to sell over 300,000 copies. With hits like "No More Tears" and "Revvin' Me Up" among others, Julliet received nationwide notariety as one of Enigma's breakthrough acts for 1991.Around that time, the music scene began to take a sharp turn. With the invent of the grunge scene, bands labeled as "hair or glam" bands were forced out of the spotlight as the Seattle scene began to explose. In addition, record labels were not eager to sign or work with the 80s bands we all knew and loved. That left bands like Julliet, coming in on the back half of the glam era, out to dry. Even tough they enjoyed much success and high reviews with their self-titled album, the band eventually split. Kenny moved back to Tampa while Jimmy and Ty kept the Julliet name alive in LA.Now the band is back and more powerful then ever.Julliet is Kenny McGee, Jimmy DeLisi, Shaun Fetzer, JJ Johnson, and Danny Elliott.

Kenny McGee – vocals - When you mention the name Kenny McGee, one conjures up the image of the consummate professional- an artist whose tenacity and drive have resulted in one of Florida’s most prolific musical careers. Rising from the local club scene level; he has become a force to be reckoned with- amassing such titles as singer, songwriter, musician, producer, and national recording artist.McGee gained most of his initial recognition when he fronted the melodic-rock band Julliet that eventually attained cult-like status in the Florida club circuit.Possessing a rare charisma and raw natural ability- he quickly found success. When Julliet hit their utmost peak of popularity; Kenny decided that it would not be prudent for them to sit on their laurels and settle for limited Florida success. He and then guitarist Jimmi Delisi took off for Los Angeles with their sights set on rocking the whole world instead. It would be an uphill battle however; for they would have to regain all the status and comfort that they had given up for a shot at the big time. Joined by bass player Ty Westerhoff and drummer Greg Pecka; they played and proved themselves worthy to all that would listen. Becoming critically acclaimed in LA is no easy feat; but McGee and company were more than up for the task. They reaped what they sowed and then some. One year to the day after hitting the Los Angeles area- they were signed to a major label deal by Enigma/ Capitol Records.After achieving his newfound fame with Julliet, Kenny would not relent. He wanted to broaden his horizons further and found the perfect opportunity to do so shortly thereafter. As an extra bonus said opportunity would return him to Florida. Where he began his solo career with the band “Heartless”, a band deep in the rock and roll tradition. It would become an endeavor that would be the biggest evidence of his true potential to date. With the reunion of Julliet and Kenny’s solo career he has slated several releases; all of which show amazing depth and character from Kenny and his ever-talented colleagues. When you look at Kenny and his obvious love for all that he does, you must also look at the painstaking and ultimate reality that has followed right alongside him- he will stop at nothing to win. And win he has- his future will undoubtedly be of that same retrospect. But remember; he is no overnight sensation, his magic has taken long, hard work and will certainly continue on- more remarkably than ever before.Kenny once again proves that his passion for music and his desire to avoid complacency result in more than the obvious kudos; for the music and his legions of fans more than aptly speak for themselves.

Jimmi Delisi - guitar - I started in music when I was this big (pinches fingers together). We were very poor, we lived in the projects. I found a drum set in the garbage and I wound up trading it for a guitar plus five bucks to one of the kids in the neighborhood. I played in a band called Julliet in the 80’s that got signed to Enigma/Capitol/EMI and we did pretty well, we had moderate success. Julliet was the band that brought me to Los Angeles and it was Kevin DuBrow (Quiet Riot) that found us. Frankie Banali (Quiet Riot) was cool enough to play on our first record, our first release. I’ve also played with Brian Johnson’s (AC/DC) Naked School Girls; that’s his name, not mine, laughing. A good friend of mine, Al [Owen], saw me playing at this guitar expo and told me about this thing that he and a guy named Peter Gatti were getting into and creating (Decades Rewind). He said it might be right up my alley and lo and behold it is. Great organization, great guys, great people; I couldn’t be happier… and this thing’s going to the moon!”

JULLIET‘s first album ”Passion”. The band fronted by Kenny McGee recorded ”Passion” in the late ’80s co-produced by Kevin Dubrow (he did backing vocals as well), and also Quiet Riot drummer Frankie Banali play on all tracks here.However Julliet’s label decided to shelve the recording and asked the band for a new set of songs and the result was the self-titled “Julliet” released in 1990.As the album sold pretty well, Enigma Records decided to finally release ”Passion” in 1991.Long time out of print, ”Passion’ finally got this reissue / remaster in 2002’s.”Passion” is a bit harder than the band’s self-titled CD, rocking, and with the terrific drumming of the late Banali (RIP).Formed in Tampa, Florida in 1985, Julliet performed their unique brand of melodic hard rock to capacity crowds throughout the southern United States before relocating to the rock capital of Los Angeles in early 1988.Once in California, the band gained a strong and loyal following, selling out show after show and earning a reputation as a powerful live band. One year to the day after they left the sunshine state, Julliet signed their deal with Enigma Records.At the time of relocating to LA, the band had been closely in touch with Kevin Dubrow of Quiet Riot. Kevin became interested in working with the group and produced this first Julliet album entitled “Passion”. Kevin enlisted the talent of Quiet Riot drummer Frankie Banali to play drums on the album as well.Despite the heavyweight association of Quiet Riot and the solid nature of the material, the album was shelved by the label and not released until two years later.While playing off the “sleaze glam” vibe of many of their contemporaries, the band also managed to mix in some serious AOR chops and showed early on their willingness to diversify their sound by including subtle experimentation with electronics.The album went on to sell 300,000 copies despite the poor distribution it suffered, but unable to transition to a larger label prior to the grunge wave, the group was lost in the shuffle and disbanded.Musically more hard rocking,”Passion” includes some terrific songs with strong songwriting and very good musicianship, cool hooks and huge backing vocals.It’s very ’80s in essence, well produced and arranged.