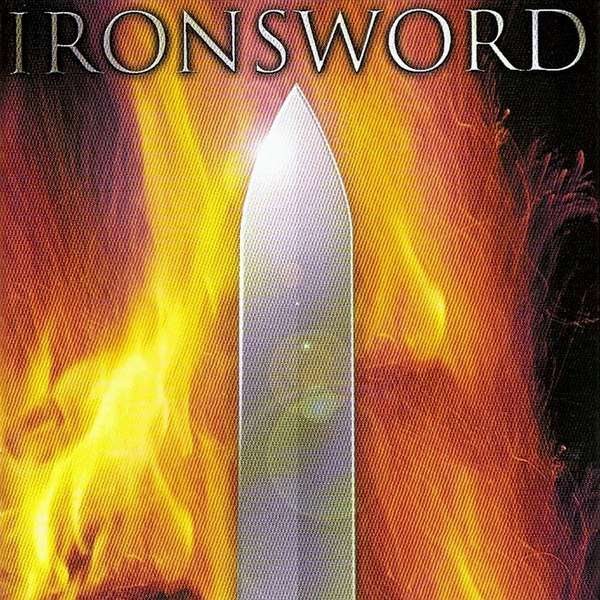 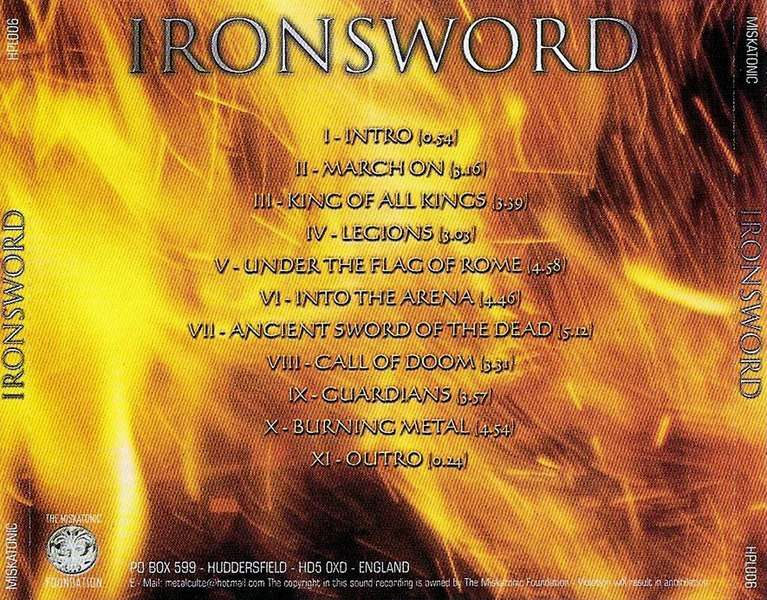 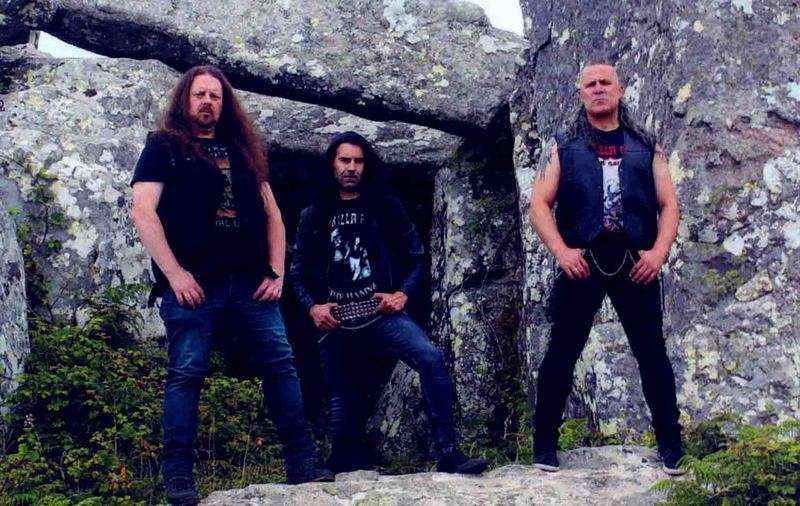 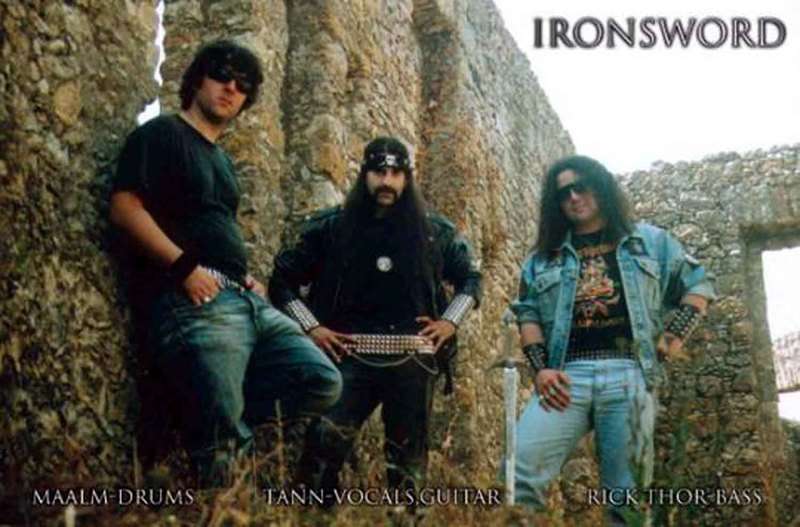 Formed in 1995, IRONSWORD slowly established all over the years a respected underground cult status. They are one of the new pioneering bands in a subset of true metal and are seen as a new hope for European Traditional Metal. After 2 promos, 3 albums and live shows across Portugal, Germany, Greece, Italy, England and Spain,their fourth album is scheduled for release in 2009...Ironsword is a Barbaric Metal band from Portugal. The band was formed in early 1995 by Tann, who then played all instruments, except for the drums, by himself. A drum machine had to be used since he first couldn’t find decent musicians for his band. He used 4 tracker to record a 15 minute promo-tape which featured 3 songs, and this was the first release by the band.Since then the band has released three studio albums, Ironsword in 2002, Return of the Warrior in 2004 and Overlords of Chaos in 2008.Tann no longer plays all instruments, instead he’s the singer and guitarist, Maalm is the drummer and Rick Thor the bass player..After 2 demo tapes, 3 albums and live shows across Portugal, Germany, Greece, Italy, England and Spain, the power trio prepares to unleash their 4th album soon...

Metal music has no shortage of bands singing about fantasy realms, whether they be sword and sorcery hacks, or aurally masturbating to their liege, J.R.R. Tolkien. But if you're an old fantasy buff like myself, you probably notice a rather yawning chasm in the number of bands who cover the more obscure, dark epics of Fritz Leiber, R.E. Howard, and Michael Moorcock. Oh, sure, they're out there...like Manowar, Domine, or the hilariously over the top Bal-Sagoth. I'm sure many a song has been penned in the honor of Conan the barbarian, or Elric and his Stormbringer. But these very often fail to muster the right atmosphere to truly honor these tales and heroes, and for the most part, we end up with bad D&D campaign tripe like the fantasy world created by Italy's Rhapsody or one of their many clones.Enter Portugal's Ironsword, who eschew all the neo-classical keyboard shredding and bright, pitched tones of their modern fantasy metal peers to give you a sound stomping at the gates of dawn, at the threshold of pulp adventure fantasy. This is very likely the metal Conan of Cimmeria would himself hand-pick if every theatrical orchestral composer suddenly died of a stroke and the band was forced to run with the next effective genre. You can certainly draw a parallel to the bands Manowar or the Canadian titan Thor (his older, good albums) due to the manly delivery of the vocals and the straight and narrow riffing, but really what this band does is to take NWOBHM inspired riffs and wrap them in sinew and musculature to produce a grim, glorious libation to the bloodshed of 20th century mythic realms. The band's airy tone and deep, almost grumbled vocals give their s/t debut Ironsword an almost timeless appeal that few other retro bands (October 31, etc.) can manifest, and though my initial reaction to the band was lukewarm, I've since grown very fond of this record.I've gone on at length to tell you about the band's fantasy inspirations, so I will note here that this debut seems more like a split between a Roman Empire theme and barbaric fantasy. Most of the lyrics could be applied peripherally to almost any generic fantasy milieu, and the band will later cover the swords & sorcery directly, but they are also students of ancient history, and at that they shine. It's a simple formula, really, as all the band's riffs are derived straight from the roots of the genre. I am alternately reminded of Manowar, Omen, Brocas Helm, Manilla Road, and Virgin Steele when I listen to Ironsword, but I certainly find no inherent flaw with that. The song titles seem a dime a dozen: "March On", "King of All Kings", "Into the Arena", and "Burning Metal", and yet the band does honor this deceptive lack of originality by writing music that kicks the ass of almost every other band wielding the titles. Ironsword's "Into the Arena" may not be as perfect as Running Wild's "Into the Arena", but the rest compare very favorably to any of their spiritual predecessors.And by kick ass, I mean you can blast this album on the highway with your friends, while you twiddle your fingers on your XBOX controller, or if you're an even greater dork than I am, while tossing back a pint after your latest LARP exploits out at some campgrounds or state park that really, REALLY needed the money. The songs stand out that much. They're all memorable, they're all charming, and they are all the type you will sing along to. Tann has a great, deep voice that falls somewhere between the Mighty Thor, King Fowley and the sadly fallen J.D. Kimball (of Omen legend). He doesn't scream, he has no impressive range, he just knows exactly what to do to transfer his voice through a microphone into legend. The riffs rule, whether it's the graceful melody that introduces "Guardians" or the raging mid-paced power of "Ironsword" or "Call of Doom". The synthesized choir intro and clanging steel outro are just as cheesy and fitting as you would think, the mix feels straight out of the 1986-88 era, and while the drums are probably a machine (or sound exactly like one), the beats match up well enough that you'll be too lost in the band's girth of atmosphere to care.Ironsword may not floor you at first, and may not floor you at all if you live and breathe a band like Dragonforce or Rhapsody. But assuming you're not 12 years old, give it the nurture it needs, let it grow and you've got yourself a pretty stunning effort that emulates a time and sound so few others can qualify. It's not as fantasy-themed as later efforts Return of the Warrior and Overlords of Chaos, and you may wish to head straight for those if a few Roman themed tunes don't interest you, since they're both also quite good. But the debut has a particular immortality about it that stands out as one of the better 'retro' efforts I've heard, especially coming from Portugal, a country I tend to associate only with gothic metal ala Moonspell or Heavenwood. So this is always a pleasure.Highlights: March On, Legions, Guardians, Into the Arena, Ironsword