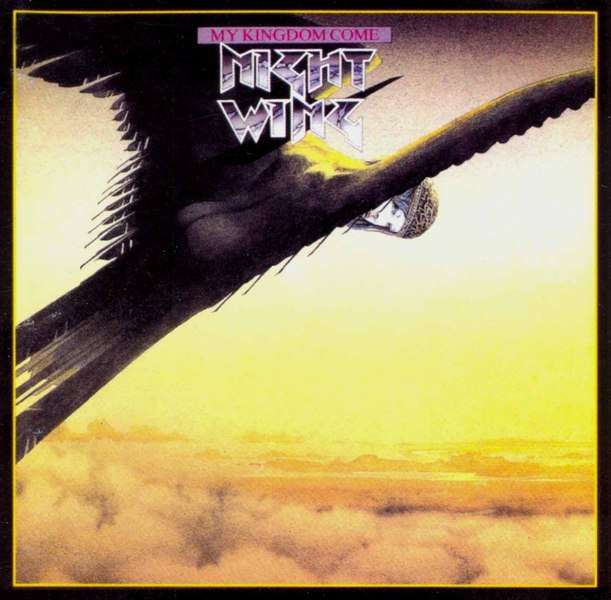 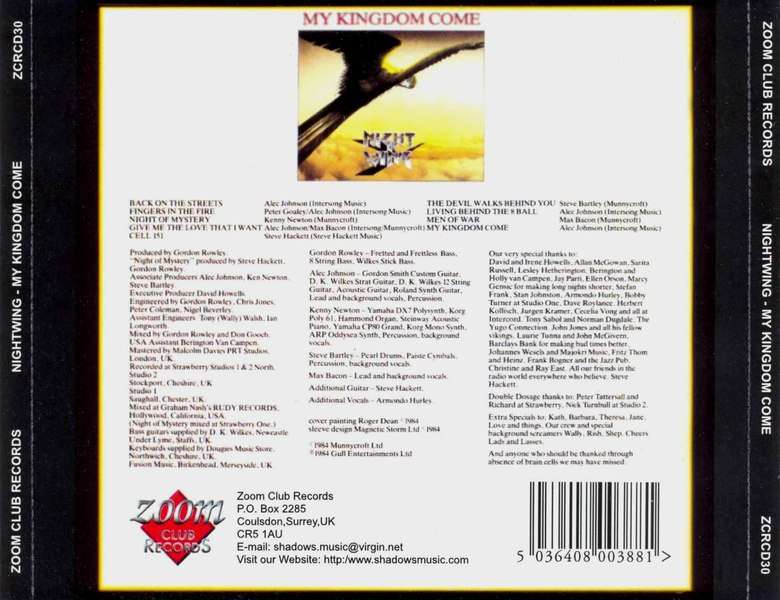 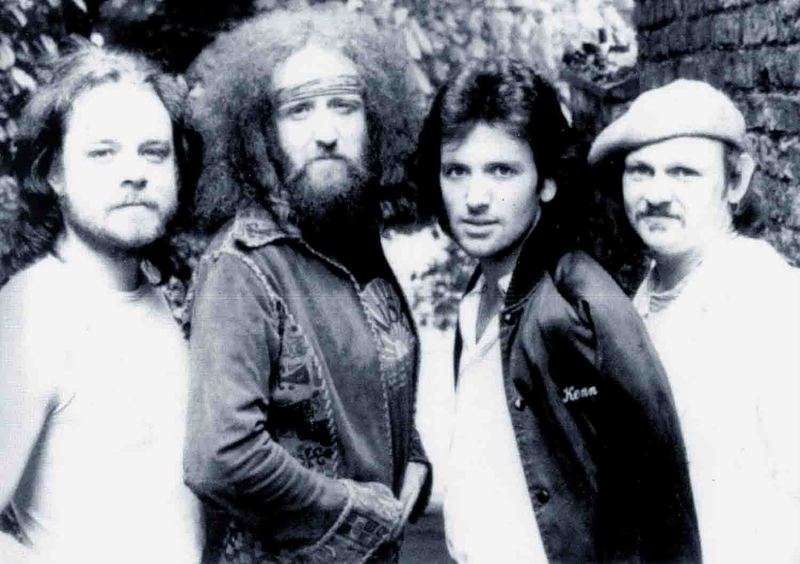 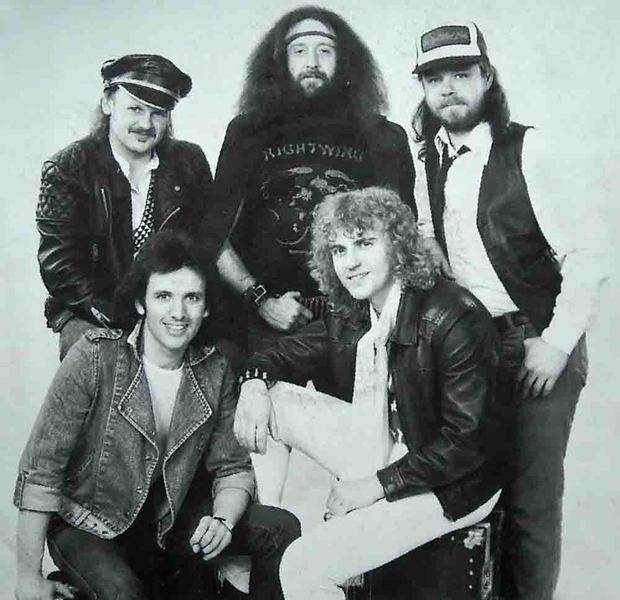 Nightwing is a British rock band, originally formed in 1978 as "Gordon and Friends" by bassist Gordon Rowley (formerly of Strife) keyboardist Kenny Newton and guitarist Eric Bert Percival. The original line-up was Gordon Rowley, Eric Percival, Kenny Newton and Paul Ellson.The band's line-up changed fairly consistently since its inception and at one point included vocalist Max Bacon (pre-Bronz), who would go on to be in the supergroup GTR and Dave Evans (formerly of the band Days of Grace and not to be confused with the first AC/DC singer of the same name). Some of the band's longer-lasting members include founding members Rowley, Newton and guitarists Alec Johnson and Glynn Porrino and drummer Steve Bartley. Seán Pugh joined the band temporarily as a second keyboard player and vocalist on some dates in the North West leg of the Something in the Air era including Liverpool Royal Court and Blackpool. However, the experiment was abandoned due to Kenny Newton's reticence to share duties.Nightwing disbanded in 1987, with Rowley and long-time drummer Steve Bartley moving on to a short-lived band called "Razorback" (not to be confused with Razorback) before re-forming in the 1990s.Their most recent album, 8472, was released in 2008 by Timeline Records and as of this writing the band continues to tour.

For 1984's My Kingdom Come the band had decided to do a cover of "Cell 151", written by Steve Hackett (of Genesis).Hackett decided to join Nightwing in the studio to co-produce the single "Night of Mystery", playing additional guitar on that track as well.The album cover was painted by Roger Dean, who had also painted album covers for Yes and Asia.After the album was completed and before the resulting tour, Max Bacon left Nightwing with Steve Hackett to form the supergroup GTR with Steve Howe of Yes fame. Alec Johnson would leave too, causing Nightwing to be down a guitarist and singer before the tour was to begin.