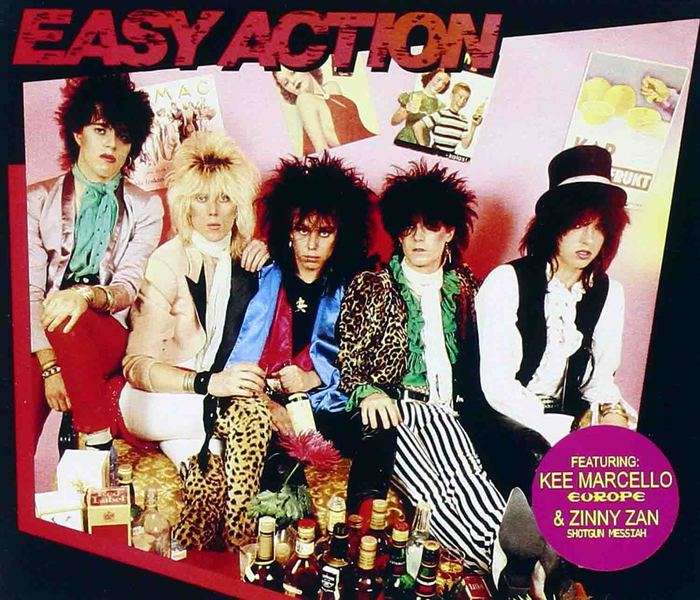 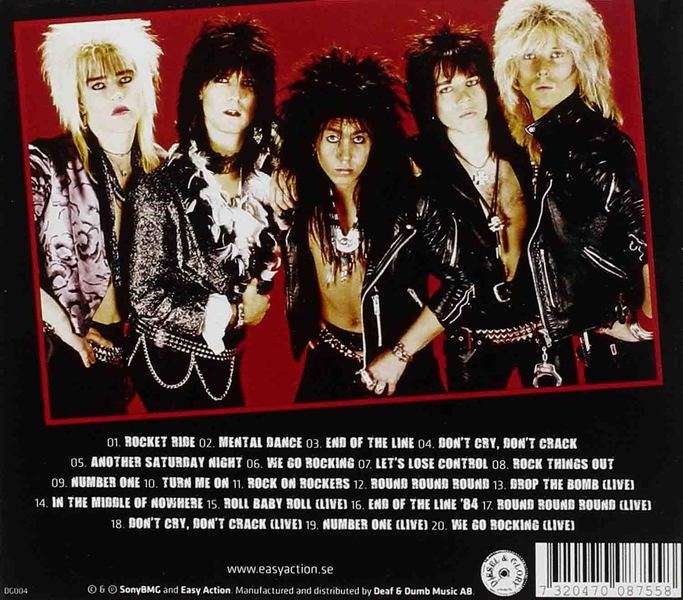 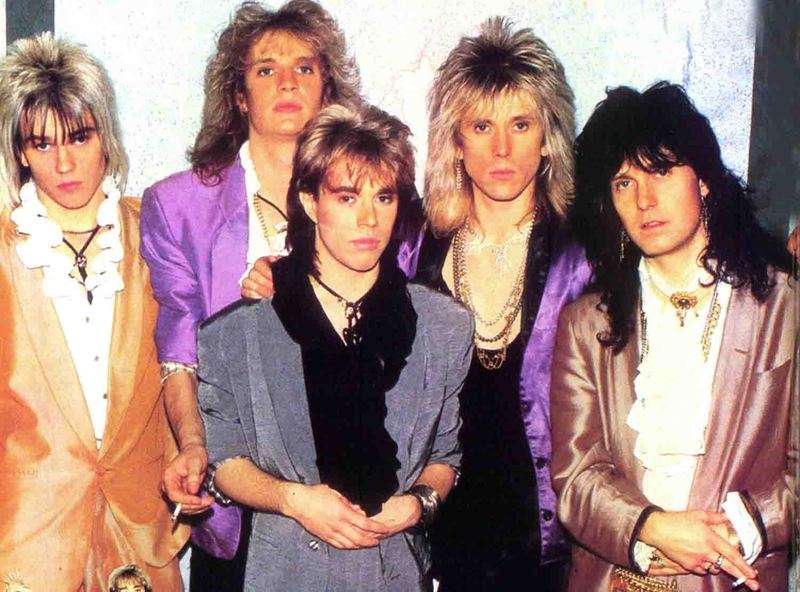 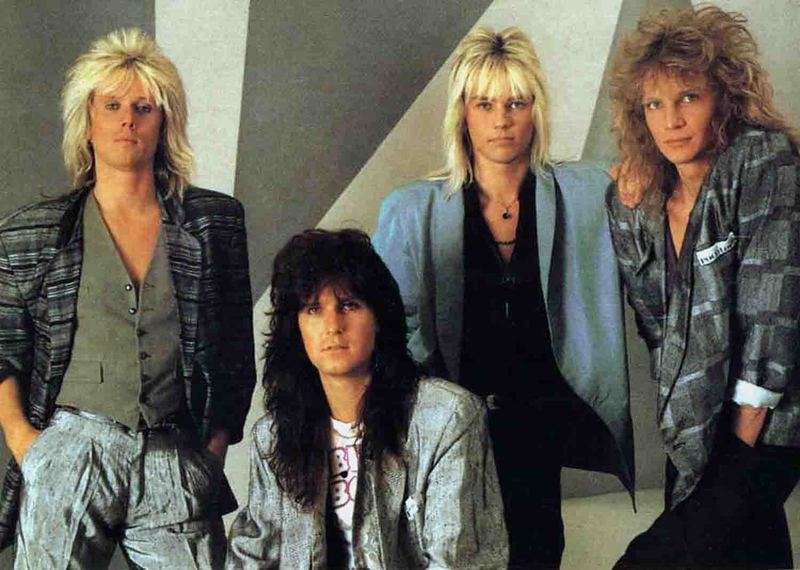 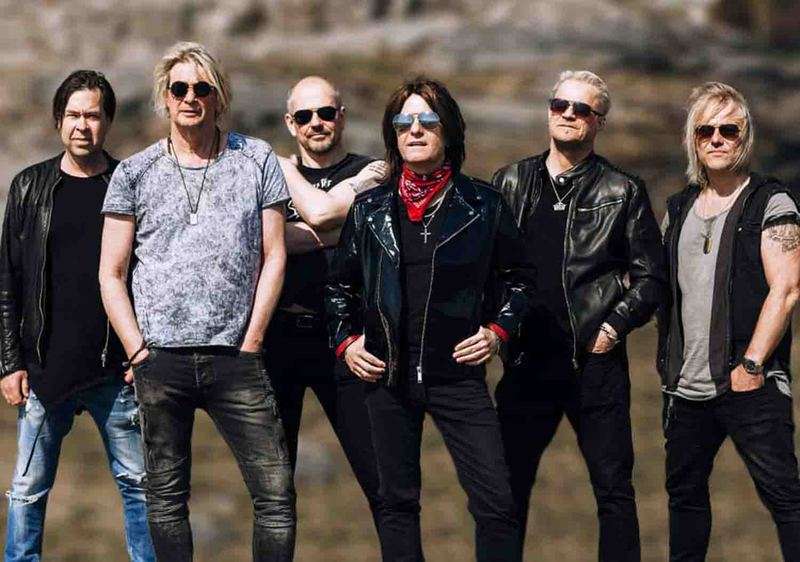 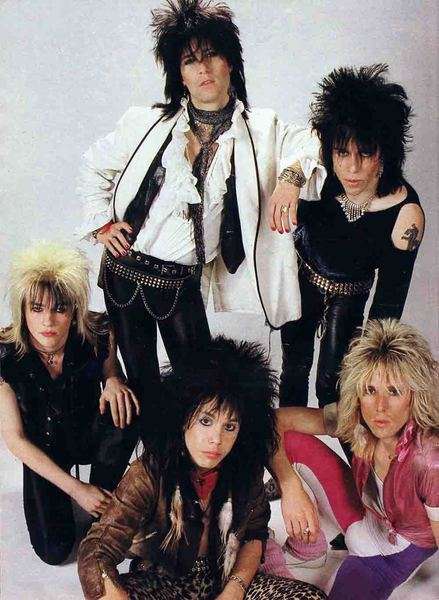 Easy Action is a Swedish band from Stockholm that was first formed in 1981 by Pelle Almgren (ex-Warhead), Henrik "2 meter" Jermsten (ex-Stoodes),Bosse Belsen (aka Zinny J. Zan of Shotgun Messiah/Kingpin/Zan Clan - drums) and Björne Fröberg (bass, ex-Warhead). Bosse and Björne quit and were replaced by Ola "Skox" Andersson and drummer Urban "Ubbe" Sundbaum (ex-Lustans Lakejer).Stranded Records became interested and released the single "Honcho Bongo". It didn't sell well and when the second single, "Om jag vore kung", also failed the band split up. Skox and 2 meter formed Psyhedelic Mongo and Pelle Almgren started writing songs instead.Easy Action was reformed as a glam metal band in 1982 by Kee Marcello and Alex Tyrone (aka Peo Thyrén). The two played together in the Swedish glam act Noice when they decided to start the ultimate glam rock band, mixing their influences of 1970s glam with a punk/metal attitude. They met the original singer Bosse Belsen, now named Zinny J. Zan, at the Stockholm rock club Ritz and recorded his vocals on the first demos the very same night. Later the Noice drummer Fredrik Von Gerber and the guitar player Danny Wilde joined the band. Bassplayer. Per-Olof Thyrén.In 1983 they got signed to the US major label Sire and became the first Swedish band ever to sign a worldwide record deal.After releasing two albums; Easy Action in 1983, and That Makes One in 1986, the band split up when their guitarist and band leader Kee Marcello quit the band to join Europe, and went on to worldwide success with the band, selling over 30 million albums. Zinny J. Zan went on to join the Skövde glam metal band Kingpin, later renamed Shotgun Messiah.US hair metal superstars Poison used the chorus of Easy Action's 1983 single "We Go Rocking" in their hit single "I Want Action" which led to the members of Easy Action suing the American band and winning a financial settlement in the case.Easy Action reunited for a gig at the Sweden Rock Festival in 2006. This was followed by several shows in late 2007, including opening for Twisted Sister. In April 2008, the band went in the studio with producer Chris Laney to record a new studio album. In 2011 bassist Micael Grimm died.On December 18, 2018 Easy Action was confirmed to play at the Sweden Rock Festival in 2019. The concert will include a live performance of the album That Makes One in its entirety, performed by the line-up that recorded it, including vocalist Tommy Nilsson and guitarists Kee Marcello and Chris Lind.

Remaster EASY ACTION – currently out of print – including no less than 10 bonus tracks!Featuring future Europe guitarist Kee Marcello, the first steps of Easy Action were completely different from the AOR of their second effort: this “Easy Action” debut is pure Scandinavian Sleaze and an answer to the at the time, rising American glam metal.After some incendiary shows during the first half of the 80s and few demos recorded, Easy Action got signed to a Swedish indie label, Tandan Records, and released this first album in 1983 only in Scandinavia.The label owner Sanji Tandan later became the band’s manager and cecured a contract to the Warner Bros label Sire, and in 1984 a second version of the album, with two new songs, was released worldwide.Indeed, Easy Action was the first Swedish band ever to sign a US major label deal.In 1984 the Swedish Television (which only hosted two channels at the time) made a one hour prime time special about the band titled ‘Hot Summer Night’. Later that year the band starred in the horror movie Blood Tracks, later renamed Shocking Heavy Metal.Easy Action left a historical imprint in the Scandinavian rock scene and achieved worldwide cult status. They were the Swedish glam / sleaze pioneers, with singer Zinny Zan later joining Shotgun Messiah and Kee Marcello, Europe.“Easy Action” rocks with attitude, 3-minute hooky songs plenty of swagger and fun, tongue in cheek lyrics. The bonuses are worth too, including B-sides and live takes.