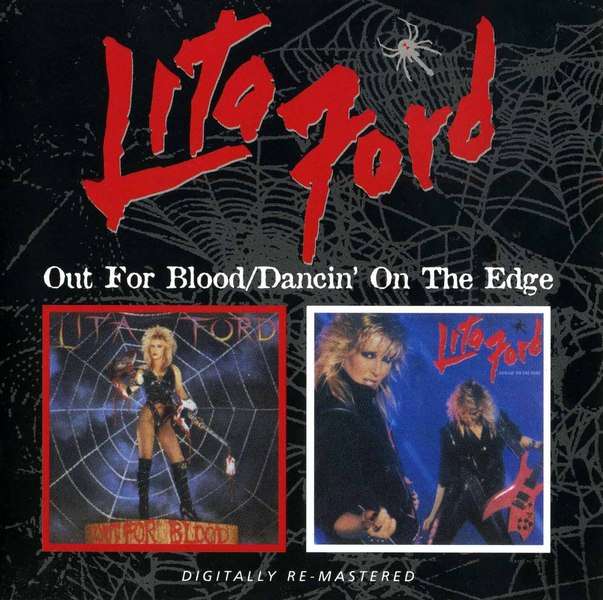 Digitally remastered two-fer from the former Runaways guitarist turned poodle-haired Metal vixen. Out For Blood, originally released in 1983, was Lita's first solo album, followed one her later by her sophomore release Dancin' On The Edge. Both albums show Ford's skill as guitarist and rocker, but she had to wait until later in the decade to score her first major hit singles.

CD1: Out For Blood

CD2: Dancin' On The Edge