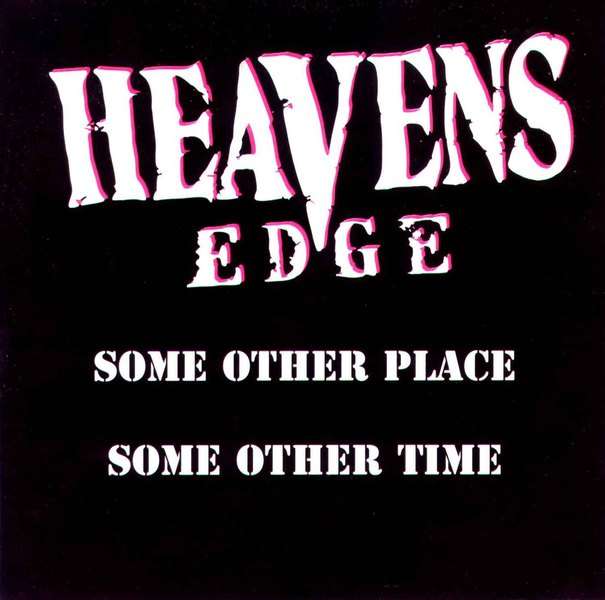 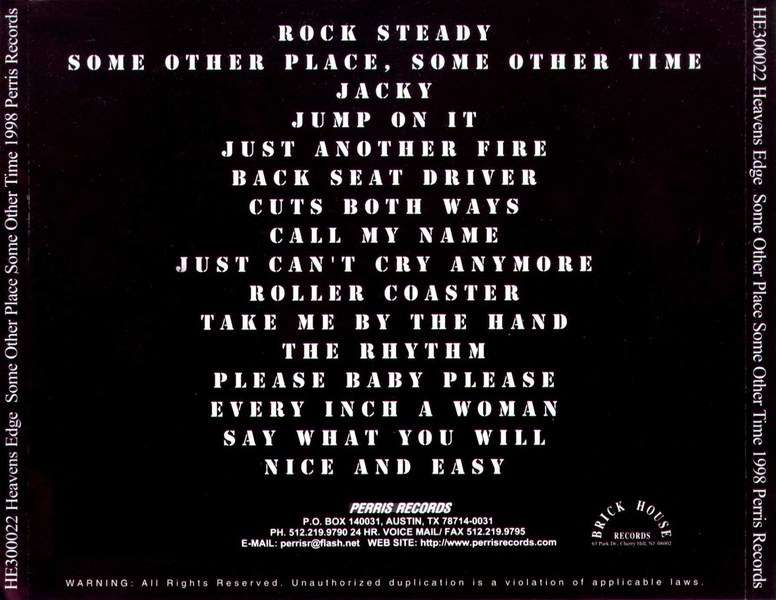 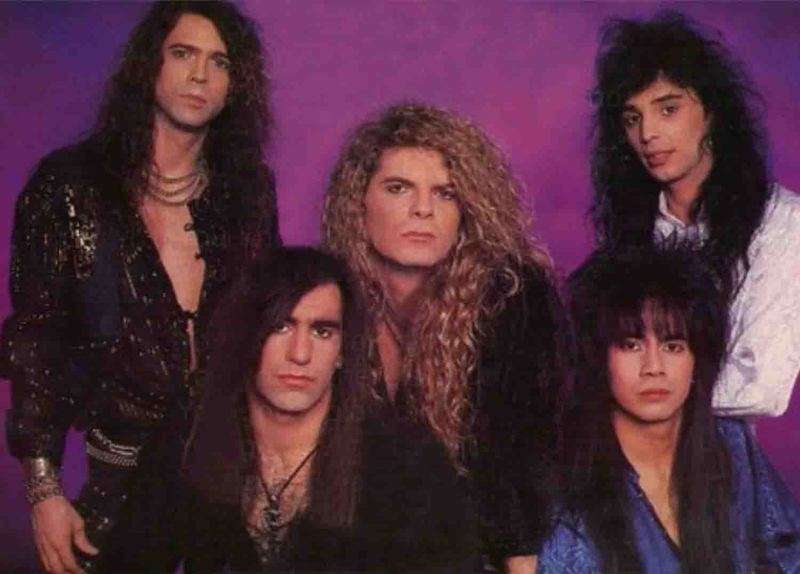 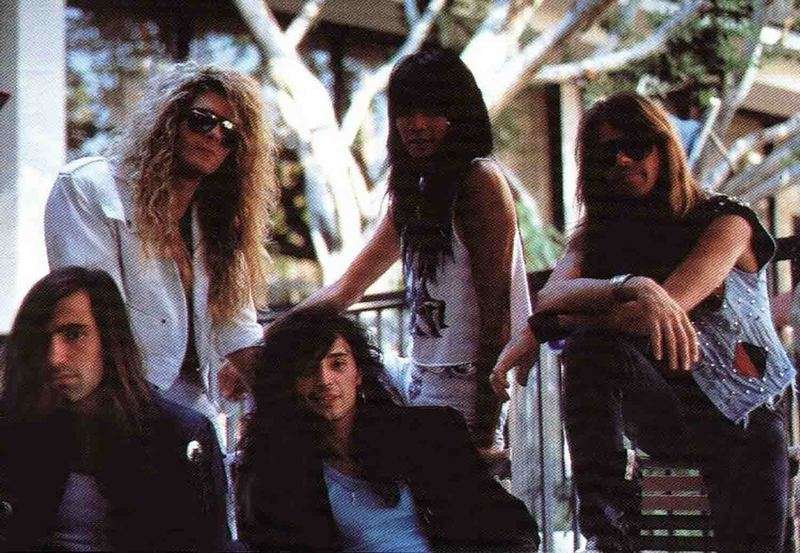 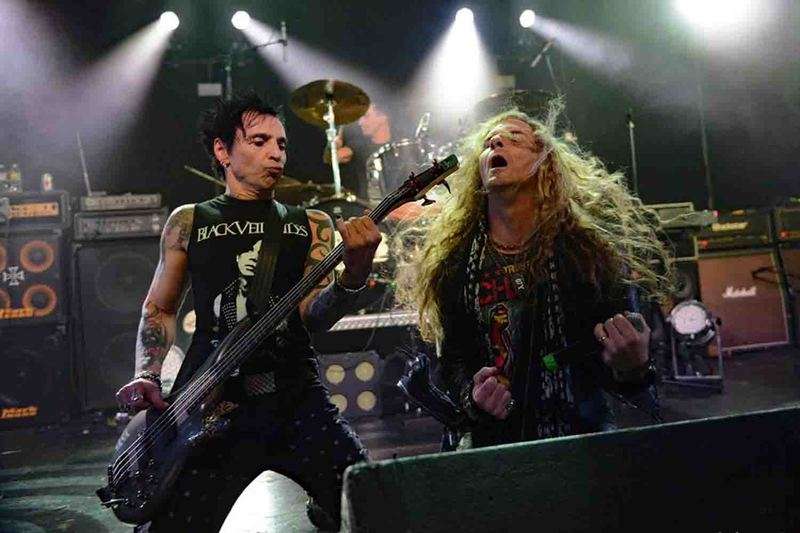 Heavens Edge are a glam hard rock band from Philadelphia active in the late eighties and early 1990s. The band reunited with all original members in 2013 and has played occasional shows since then. Heavens Edge formed in 1987 in Philadelphia and was founded by guitarist Reggie Wu and singer Mark Evans.The band went through several guitar player changes in its earlier days. Heaven's Edge released 2 albums: Heavens Edge (1990) for Columbia Records, that reached number 141 on The Billboard 200, and Some Other Place Some Other Time (1999) on MTM. Heavens Edge was produced by Neil Kernon. The band released a music video for their most popular single, "Skin To Skin". During recording of their second album, also with producer Neil Kernon Heaven's Edge signed a new record deal with MTM Records in 1998 and were asked to record a new album. The album was originally scheduled to be released in 1992 but wasn't finished until 1998 when a couple of new songs were written and recorded. Their second album, Some Other Place, Some Other Time included both the 2nd album sessions with Neil Kernon and the new 1998 songs, and was released by MTM Music in Europe, Pony Canyon in Japan, and Perris Records in the United States. The US version had a different cover and six additional demo tracks as bonus. A year after the album's release, Heaven's Edge was asked to record a song for the Mötley Crüe "Kickstart My Heart Tribute Album". The band recorded a cover of "Don't Go Away Mad (Just Go Away)".One night while performing at the Empire Rock Club in Philadelphia, the bassist George "G.G." Guidotti was shot in the abdomen by a disgruntled bar patron angry about being turned away by the club bouncer.After the band split, some of the band members formed the band American Pie with a new singer. American Pie recorded one demo and played live but never released an official album.In October 2013, a reunited Heaven's Edge played the Firefest festival in Nottingham, UK, a sold out show in Philly at World Cafe as well as the M3 Festival in MD and MelodicRock Fest in Chicago in 2014. 2015 they will be on the Monsters of Rock Cruise.

A superb sophomore effort, almost as good as the band's phenomenal debut.The album's opening track "Rock Steady" immediately reveals that HEAVENS EDGE still knows what great melodic metal is all about. No modern flavoring here, just sizzling guitars, lots of hooks, catchy choruses, and layers of backing vocals, complete with a clean, sharp production.'Some other place' is melodic bliss, 'Jacky' is probably my fave and simply perfect melodic hard rock, 'Jump on it' and 'Backseat driver' and 'Call my Name' are all flawless bits of great catchy commercial hard rock, 'Cuts both ways' is cool hard rock!! For melodic hard rock lovers, this band will definitely take you to the edge of heaven !! This album has hooks, bridges and choruses embedded everywhere. Lead vocalist Mark Evens has a great voice pitched somewhere between Honeymoon Suite and Firehouse.Heaven's Edge is glam hard rock band from the early '90s, consisting of members Reggie Wu (guitars, keyboards), Mark Evans (vocals), David Rath (drums), Steven Parry (guitars), and George "G.G." Guidotti (bass). Formed in April of 1987 in Philadelphia, PA, the quintet specialized in the same style of music that such bands as Mötley Crüe, Ratt, and Poison had taken to the top of the charts and a demo led to a recording contract with Columbia Records. The group issued a self-titled debut in 1990 (which was overseen by renowned heavy metal producer Neil Kernon [Dokken, Queensrÿche]), but shortly after release, the group split from Columbia. Heaven's Edge reunited upon being signed by the European label MTM and for the USA label Perris Records they finished up tracks that were left unfinished back in 1992, issuing it under the title of Some Other Place/Some Other Time in 1999. Overall a great solid melodic rock album with enough hooks for the AOR fans and enough of the good ol' hard rocking 80's for the die hards. If you own the debut album, this will be much loved.