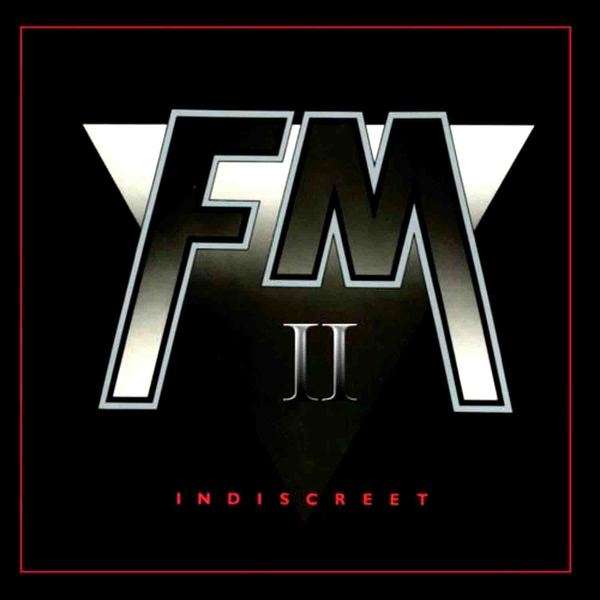 FM are a British rock band (referred to as FM UK in North America to avoid confusion with the Canadian band of the same name). They have released thirteen studio albums to date.Three of those, Indiscreet, Tough It Out and 2015's Heroes and Villains reached the UK Albums Chart, whilst five of the band's singles made inroads into the UK Singles Chart.FM was formed in the summer of 1984 in London. Comprising the ex-Samson pair of bassist Merv Goldsworthy and drummer Pete Jupp, the Overland brothers – vocalist/guitarist Steve and lead guitarist Chris Overland (both formerly of Wildlife, where they played with future Ozzy, Johnny Hallyday and Vince Neil bassist Phil Soussan) and keyboardist Philip Manchester (of new wave band The Invaders, also known as Didge Digital), the band initially wrote six songs which by December 1984 had helped them secure a recording contract with the CBS/Portrait label. That same month the band set off on tour in Germany with Meat Loaf.The first UK public appearance of FM (not to be confused with the Canadian band of the same name) was on Valentine’s Day in 1985 at London's legendary Marquee Club. The debut album, Indiscreet followed and their debut single "Frozen Heart" was heard in many venues during 1986.FM hit the road in Europe supporting Tina Turner, Foreigner, Gary Moore, Status Quo and Magnum, also opening for REO Speedwagon at London’s Hammersmith Odeon. At the year's end they accepted a spot with Bon Jovi on the UK leg of their Slippery When Wet Tour.

After the success of their masterful first album Indiscreet, the British band FM began to work on the new songs that would make up their second commercial release.During the little time that they had between concert and concert, the ideas were emerging within the band and little by little they were counting on a good handful of songs that over the years have become classics of the band and in authentic jewels for all those who longed for a second part of Indiscreet. Time passed inexorably for these giants of Melodic Rock to the point of losing their footing with respect to the record companies that were suddenly overwhelmed by bands like Europe or Bon Jovi penetrating very deeply into the music scene of those years. For this reason, the songs composed by FM between 1986 and 1988 were somewhat out of date to be published. Perhaps it was the reason why his second album Tought it Out was delayed for more than three years and what ultimately caused its commercial failure.What FM created between 1987 and 1988 is within the reach of very few bands. Themes that due to their structure would fit perfectly in a more than worthy continuation of their Indiscreet but that didn't fit at all within the plans of their company Epic Uk who invited them to imitate the style of Europe among many other bands. They were also oriented towards the American market, so the songs I present to you here had no place on their next album. So what happened? FM was giving away extra songs in each of the singles that were published from their first album to the point of almost having a second work prepared. Could they have released an album in 1988? Of course they did, but surely they were not very clear about which way to go or the company took away the idea of ​​publishing a second part of their first album.What happened with Tough it out is already known to everyone. One of the best albums ever published within Melodic Rock would fall into the sack of oblivion, ruining 3 years of hard work by the band, which would have an impact on the departure of Chris Overland & Didge Digital in 1990 and 1991 respectively.What would have happened if in 1988 they had risked publishing Indiscreet II? Well, that they had returned to obtain the favor of the public. Songs like "Like Lovers Do" that Overland would recover from oblivion years later in his project The ladder give a good account of the quality of the songs that they would have offered us. The same happens with "Dangerous" a song that his fans forced to re-record for its quality. Surely most of the songs that I present to you will be more than well known by all good followers of this fantastic group, but we must highlight the hits that should never have remained hidden, such as "Just Can't Stop", "Rebel Eyes", "Who Do You Run To" or "Stay With Me Tonight", four works of art that together with "Let Love Be A Leader" champion this work that was never published and that we hope will one day be recovered since we are facing one of the jewels of the AOR English. Surely between the years 1986-1989 FM were the best band and with the highest quality in the entire United Kingdom in terms of AOR.Everyone knows my weakness towards this formation and especially towards Steve Overland's voice. There are many albums that they have given us and many concerts enjoyed where it has been amply demonstrated that they are an outstanding band both live and in the studio. The magic that FM gave us during the magical 87-89 can never be repeated and it is very difficult for you to find another band with so many unreleased songs lost along the way during the golden years of Melodic Rock.If one day these songs are remastered (not re-recorded as they would lose their magic) and they are published as God intended, we will be facing the dilemma of the century since I assure you that you will not be able to decide which album is better: Indiscreet or Indiscreet II. Blessed dilemma, don't you think?