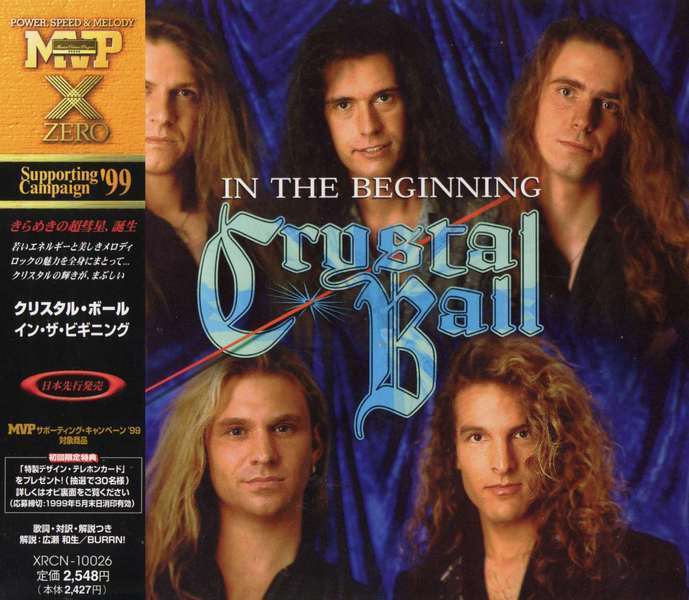 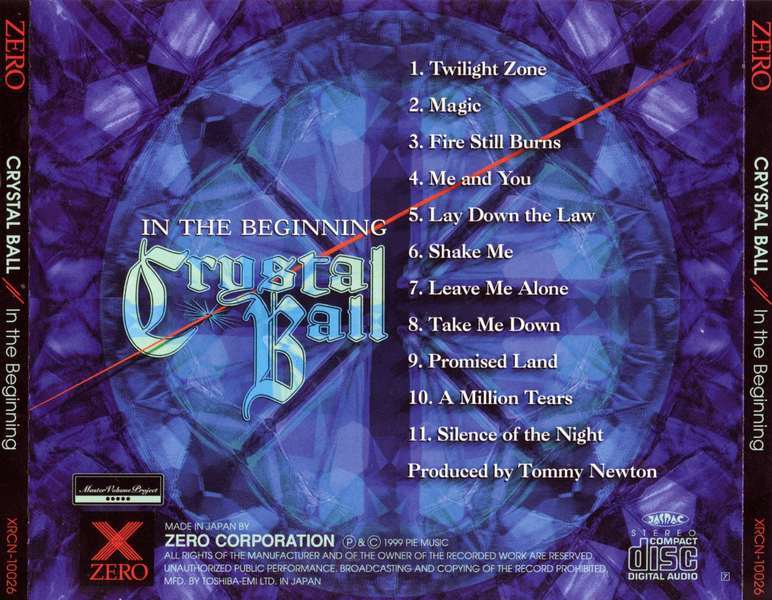 2013: The Swiss Hardrock legend CRYSTAL BALL is back and stronger than ever! After a creative break the original members Scott Leach and Marcel Sardella reformed CRYSTAL BALL with fresh blood and a great new frontman, Steven Mageney from Wuppertal, Germany. Steven is a experienced singer with a powerful voice and the perfect match for the new CRYSTAL BALL Sound. «Dawnbreaker» is the title of the new album, that will bring CRYSTAL BALL back to the top of the Hard Rock map.Imagine: the band started in 1995 as a cover band (named «Cherry Pie»). These years of stage experiences became the foundation of CRYSTAL BALL, under whose banner the band became one of Europe´s major forces in the Hard Rock genre. Tentatively entitled «In The Beginning» CRYSTAL BALL started their crusade in 1999. The first album was very successful, but topped with ease from the follow-up «Hard Impact», hailed album of the months in several magazines. Immediately tour plans came up, realised by supporting Pretty Maids and Gotthard. Nobody was able to hide from CRYSTAL BALL. The result: a new record contract with Nuclear Blast.With «Virtual Empire» CRYSTAL BALL showed up more varied but still traditional and melodic in 2002. The band massively toured Europe, together first with Dokken, then with U.D.O., Doro and Krokus. The special humour of CRYSTAL BALL shone through in 2003 with «HELLvetia», the fourth album. «HELLvetia», produced by former Accept/U.D.O. member Stefan Kaufmann, who CRYSTAL BALL met on their tour with U.D.O., became a more edgy effort and increased the success of CRYSTAL BALL enormously. It was the band´s return from the slightly experimental «Virtual Empire» to the old style. Successful tours with Axxis, Pink Cream 69 and Krokus saw CRYSTAL BALL increase their fan following again.«Timewalker» continued in the tradition of delivering great catchy songs full of freshness and power. Once again produced by Kaufmann the album displayed the exceptional class of CRYSTAL BALL. The bands first headliner tour with then labelmates «Thunderstone» followed the release in 2005.2007 CRYSTAL BALL inked a new record deal with AFM Records. «Secrets» was their sixth album, a great piece of Hard Rock, put together by professionals. The album was recorded and produced by Michael Bormann and mixed by Achim Köhler (Primal Fear, Brainstorm and others). Mighty thunderous anthems like «I Will Drag You Down» solidifed the great reputation of CRYSTAL BALL.