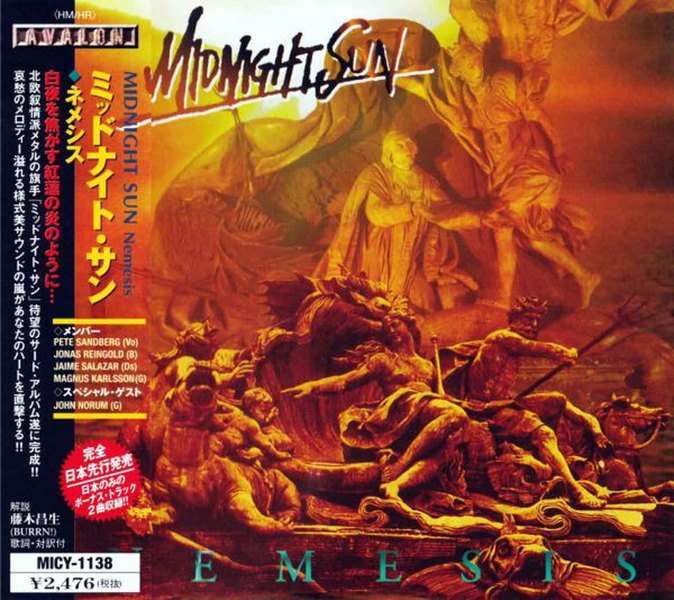 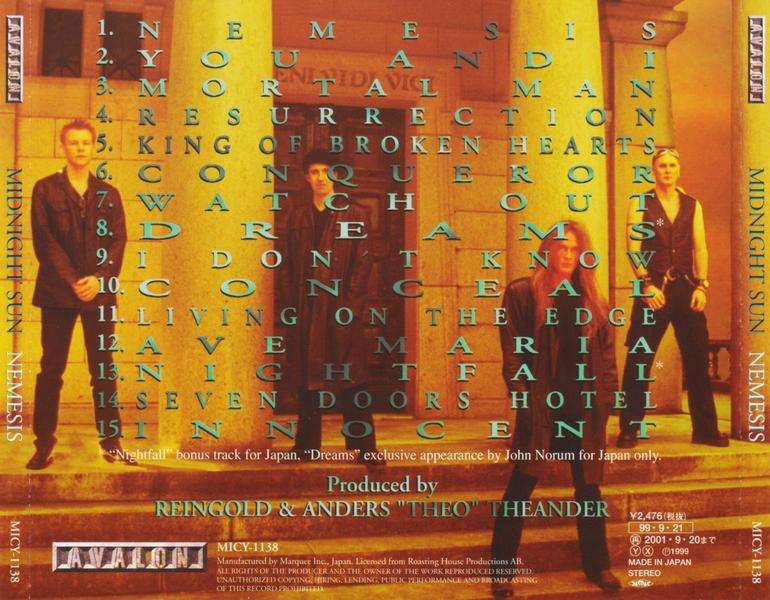 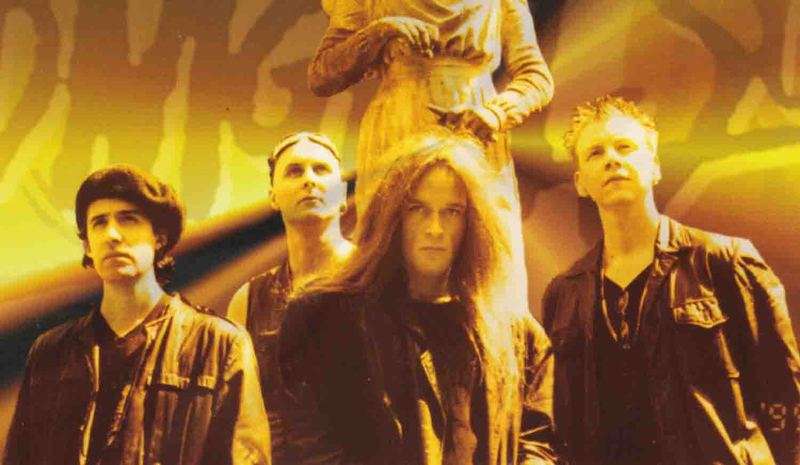 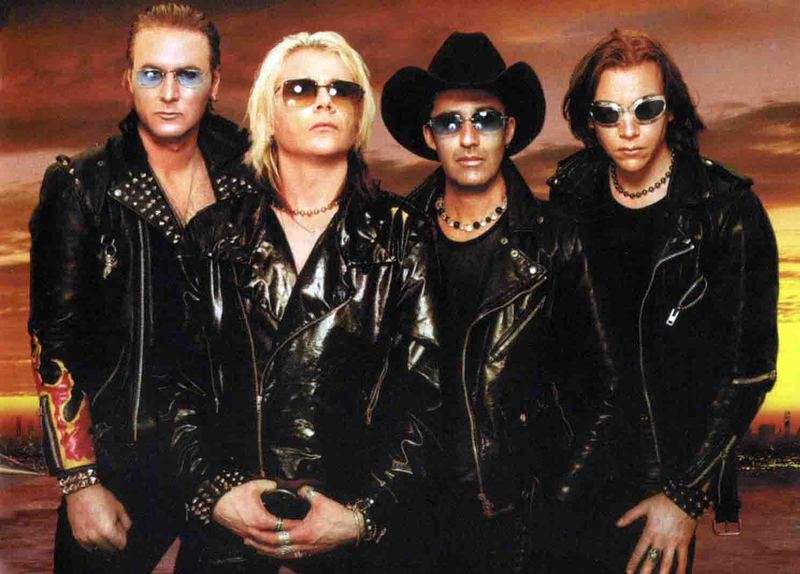 Nemesis is the third album by Swedish melodic metal/hard rock band "Midnight Sun", originally released in 1999.The band founded by bassist Jonas Reingold and singer Pete Sandberg brings brought on board new members guitarist Magnus Karlsson and drummer Jamie Salazar..It may be because of singer Pete Sandberg's extremely peculiar solo excursions that many mistakenly mistake this full-bodied Swedish bite for an AOR band. At the same time, MIDNIGHT SUN, as this third album underlines once again, are at best partly plush. Big, majority choruses like the one from 'Resurrection' suggest that Pete and his regular writing partner, bass player / keyboard player Reingold must have heard long grooves from Prophet in the past. Mainly, however, the Scandinavians orient themselves more towards classical and rainbow-inspired concentrates from the Malmsteen and Riot schools than towards soft eggs, which can recite the lyrix of all Journey ballads from scratch. So it fits into the picture that MIDNIGHT SUN cover their compatriots Europe, but with 'Seven Doors Hotel' they pimp up a classic from tough debut days and not a commercial teardrop like 'Carrie'. In any case, the practical test speaks for MIDNIGHT SUN: When I played up tempo knockers like 'You And I' and 'I Don't Know' to a good friend last week, a fan of the last Riot records and demonstrably no friend of exaggerated catchiness, he noted " Nemesis "immediately on the shopping list.