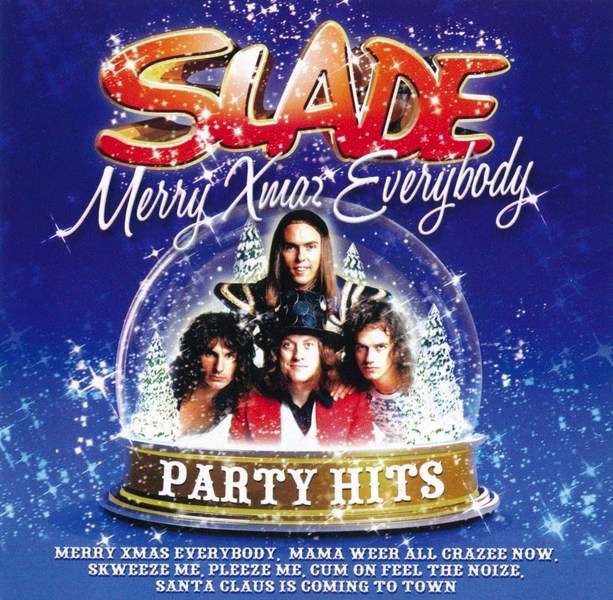 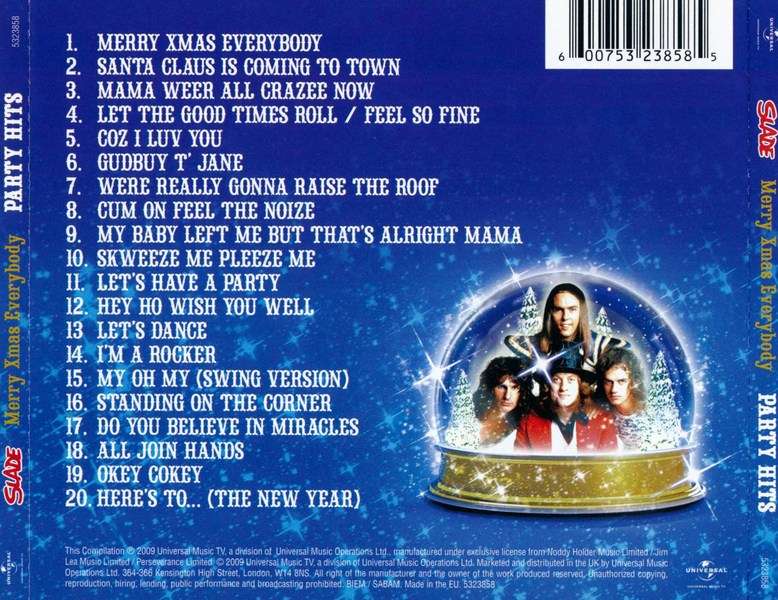 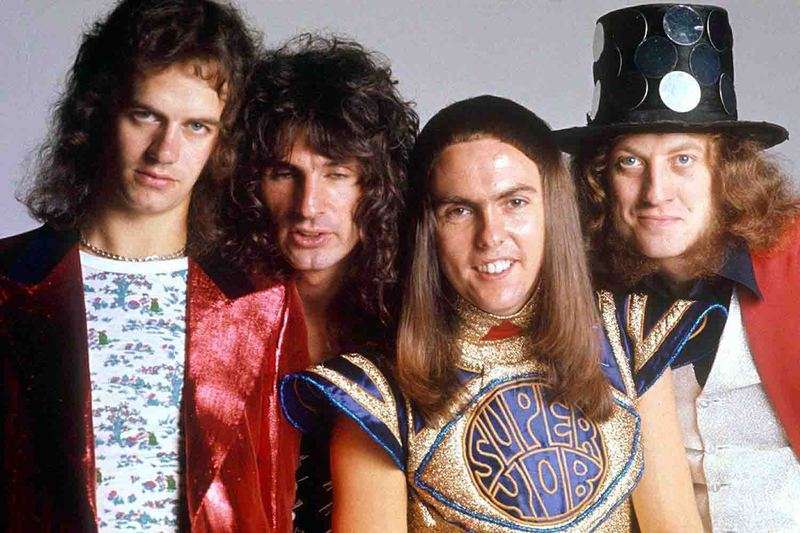 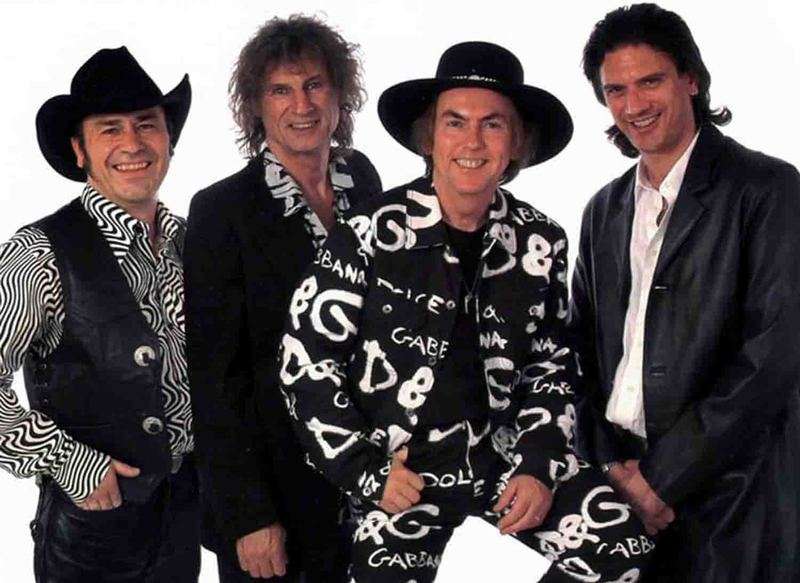 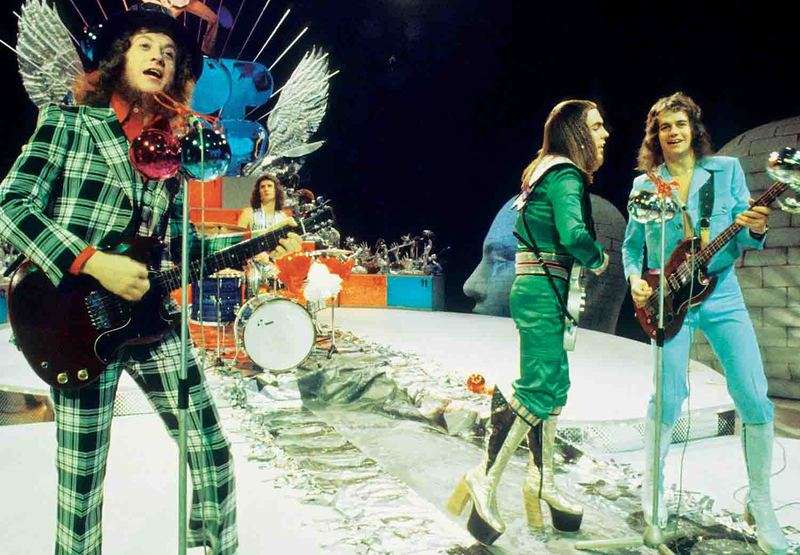 ”All The World Is A Stage”, a new 5xCD box set of SLADE live albums, including three previously unreleased shows.All this material has been digitally remastered.The trio of previously unreleased gigs is as follows: ”Live At The New Victoria” was recorded on April 24 1975 – captures the band before they went around the UK to promote their feature film, In Flame.”Live At The Hucknall Miner’s Welfare Club” recorded on June 26 1980, features songs from their new studio album at the time ‘We’ll Bring The House Down’, along with classics ‘Take Me Bak ’Ome’, ‘Gudbuy T’Jane’, ‘Everyday’ and the perennial ‘Merry Xmas Everybody’”Alive! At Reading” the third unreleased full live set, captures the band delivering a sensational live performance to over 80,000 people in 1980. As last minute replacements for Ozzy Osbourne, their set was arguably the highlight of the festival and led to Slade enjoying a renaissance in the Eighties. Only a 3-track EP was issued from this performance at the time.Completing this box are ”Slade Alive!”, the classic 1972 live album now remastered, and the killer ”Slade On Stage” which documents their 18 December 1981 Newcastle City Hall show (the album was issued a year later in December 1982), but now has been edited for a better listening experience, with a much better sound quality as well, crisp.SLADE is regarded as one of the most influential hard rock bands, and one of the best live. So if you love your classic ’70s / early ’80s arena hard rock, this is a must.”All The World Is A Stage” is as you like it: Slade banging it out with loose, licentious ferocity, so brutish and raucous that you begin to question whether punk needed to happen, and you keep checking that a fleet of jumbo jets hasn’t landed in your ear canals.There’s Noddy Holder defying the laws of biology with a larynx made of sandpaper; Dave Hill convinced that if the same guy signed Hendrix and him then he himself must be a mean guitarist (at one show he bursts into a blast of Purple Haze); Jim Lea just about holding the gang together musically, bringing violins to thrashing mobs; and Don Powell somehow both keeping it grounded and racing ahead so the others have to turn it up from 11 to 9,000.What a racket. What a riot. Arguably, nobody did adrenalin better.Of the five furies here, 1972’s ‘Slade Alive!’ and, from a decade later, ‘Slade On Stage’ have burned before. The former was recorded in a small theatre-studio but, famously, sounds like it took place in a war zone. On one night they’d come straight from doing Top Of The Pops, with Coz I Luv You at No.1.There are no concessions to pop, though, as they blaze through ‘Get Down And Get With It’ and eight minutes of Steppenwolf’s ‘Born To Be Wild’. The rather good take on The Lovin’ Spoonful’s ‘Darling Be Home Soon’ is mostly sincere, the big soppy wets.”Slade On Stage” sees a band back in favor after the crash-and-burn glory days, bringing the house down in Newcastle.The new coup here is ”Alive! At Reading”, capturing their 1980 headline set – they subbed for Ozzy Osbourne at the last minute, and delivered a performance that converted 80,000 sceptics – and from the opening of ‘Take Me Bak ’Ome’ to an incandescent ‘Cum On Feel The Noize’ they’re the sultans of stomp.From the same year, ”Live At The Hucknall Miners’ Welfare Club” is as earthy as its title. Nottingham gets happily knocked out. Finally, ”Live At The New Victoria” is a recording from a show in London in 1975, at which time the band were in ‘In Flame’ mode, and the likes of ‘How Does It Feel’ and ‘Everyday’ reveal their secret sterling songwriting skills.What an outfit. What a beautiful noize…