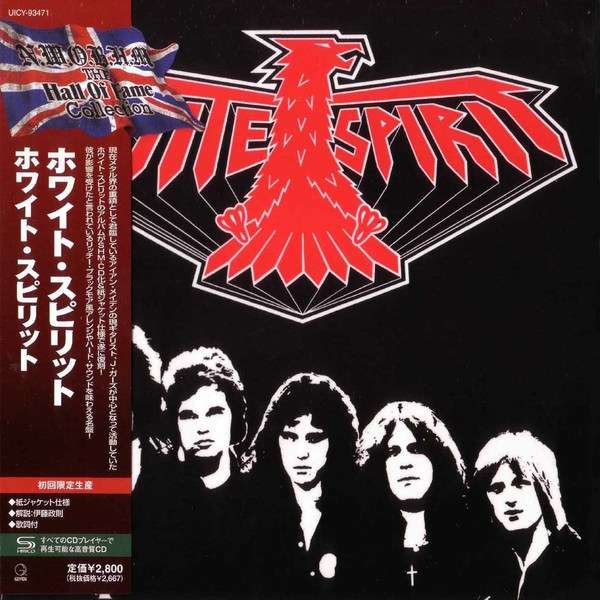 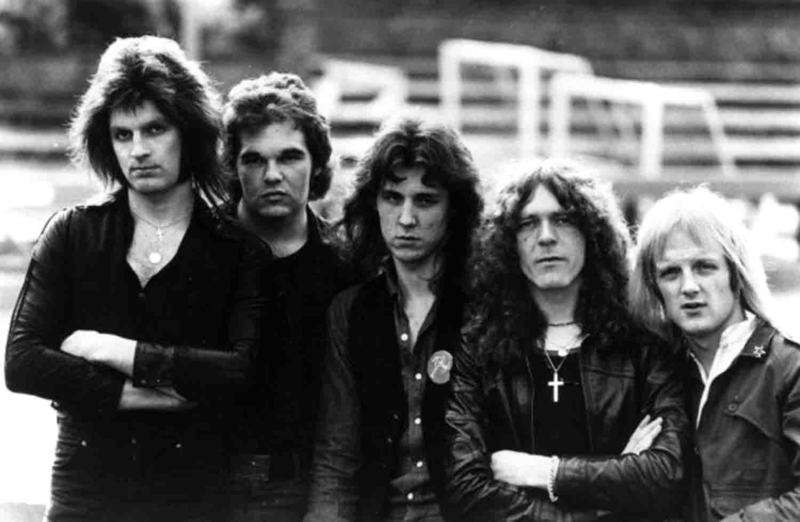 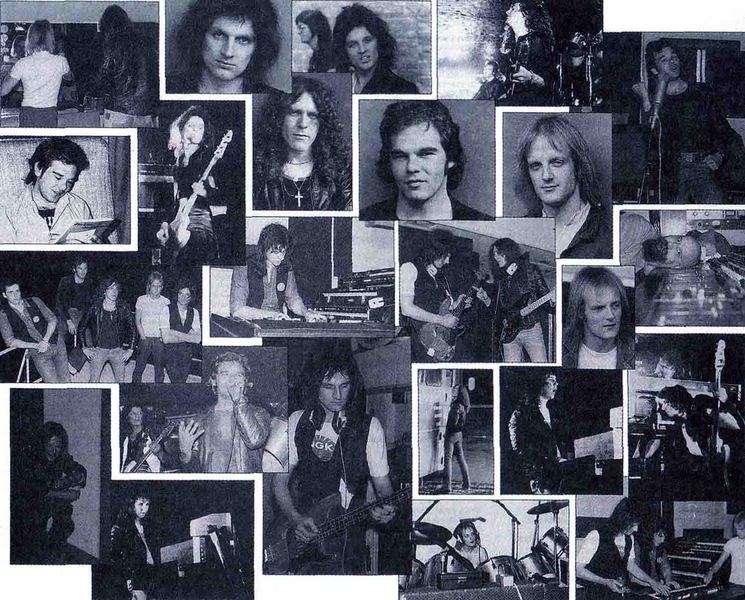 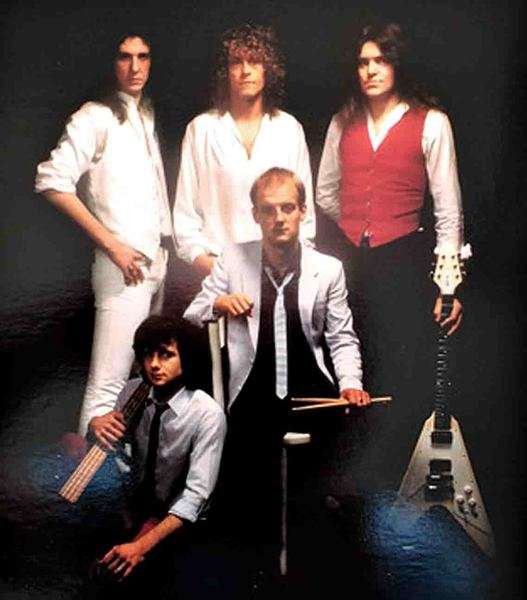 White Spirit were an English heavy meta band from Hartlepool, England, best remembered for guitarist Janick Gers who went on to play with Ian Gillan, Bruce Dickinson, and ultimately, Iron Maiden. Other members of the band were Bruce Ruff (vocals), Malcolm Pearson (keyboards), Phil Brady (bass), and Graeme Crallan (drums).White Spirit, co-founded by Gers and Crallan in 1975, are considered part of the new wave of British heavy metal, although their sound was closer to that of 1970s hard rock acts such as Deep Purple or Uriah Heep. The band issued their debut single, "Backs to the Grind", on the fledgling heavy metal independent label Neat Records in 1980.It was backed with "Cheetah", which would also appear on Neat's Lead Weight compilation (and again on the retrospective New Wave of British Heavy Metal '79 Revisited double LP/CD in 1990, compiled by noted NWOBHM enthusiast Lars Ulrich of Metallica and former Kerrang! editor Geoff Barton). White Spirit featured on various other notable NWOBHM compilations such as Volume 2 of Metal for Muthas, the Muthas Pride EP, Brute Force, and 60 Minutes Plus.With the upsurge of the NWOBHM, White Spirit moved to the MCA label on which they released their first and only album in 1980.[2] The album was simply titled White Spirit and featured cover artwork by Michael Spaldin, who later worked on stage set design for Gillan. That same year White Spirit made an appearance at the Reading Festival. The group suffered a serious blow in 1981, when their guitarist Janick Gers accepted an offer from former Deep Purple frontman Ian Gillan, to join his solo outfit Gillan in place of Bernie Torme.Gers went on to record the albums Double Trouble and Magic, before Ian Gillan decided to dissolve the band and join Black Sabbath. Gers was also part of the short lived UK supergroup Gogmagog, also featuring former members of Def Leppard, Iron Maiden and Whitesnake, who folded after releasing a sole EP, I Will Be There, in 1985.White Spirit bassist Phil Brady later played with the Teesside metal band Therapy from 1990 until 1991, helping them reach the semi-finals of the Battle Of The Bands competition at Rio's in Bradford in 1990. He left White Spirit after their first studio album and was replaced by Ian Shuttleworth. Drummer Graeme Crallan, also known as 'Crash', joined Tank in 1984 and played on their Honour & Blood album. He quit the following year. Crallan died at Royal Free Hospital, Hampstead on 27 July 2008 after a fall in York Way, London.The band's eponymous album was re-issued in 2005 on the Castle label with an entire second disc's worth of bonus material, including rarities, demos, alternate versions and takes, and B-sides. Most notable amongst these additional tracks is one entitled "Watch Out", originally found on the 60 Minutes Plus compilation in 1982, recorded after vocalist Bruce Ruff had left the band. Instead, future Ted Nugent and Bad Company singer Brian Howe contributed lead vocals.[5] The re-issue is currently in print in Japan only, where Universal Music Japan issued the album as a re-mastered Limited Edition SHM (Super High Material technology) Mini-LP Sleeve CD in 2008. However this latest re-issue did not include various bonus tracks found on the original Castle edition.

Papersleeve vinyl replica with reproduction of the original LP label and inner sleeve + Obi + Japanese liner notes and lyrics translation.White Spirit’s claim to fame is that they were an early band featuring legendary Iron Maiden staff member Yanick Gers. Anyway, this is a phenomenal release that has a blues heavy feel and is highlighted by the great touches of Gers’ shredding and the keyboards which give it a standout sound.I particularly enjoy the track ‘Get it Right’, that with its keyboard ‘solo’ section and energetic, powerful feel is a definite highlight. There are touches of acoustic guitar and organ-esque stuff in it, with heavy metallish crunchiness coming through at the end. What also stands out in this one is the engineering; a full, thick and clean sound that is perfect for the band's material. The keyboard ‘riffage’ is very memorable and catchy while the vocals are great, soaring, uplifting pieces.The heavy track ‘Way of the Kings’ is another high point due in no small part to the heavy and effective ‘metal’ opening riffs that are carried through the cut’s verses. The subject matter is pretty familiar with British bands of this period. It basically pans out some evil political hypocrite-type dude, similar to tracks by Sabbath and Motorhead. This one features some productive touches like ‘spacey’ sound effects coming into a solo that has a very prominent guitar effect over it.The sound on this album is incredible unique; an excellent blending of influences that comes out really well, particularly for its incredibly early date of release. White Spirit are an excellent NWOBHM act with unparalleled uniqueness and a powerful sound that cannot be compared to any other. Gers plays excellent guitar throughout this NWOBHM great, giving emotion to songs like ‘Way of the Kings’ and the excellent ‘No Reprieve’, a no-holds-barred rocker with a shitload of energy.White Spirit is an amazing act that has a powerful sound; blues heavy with a focus on melody, yet melody that is executed with immense intensity and passion that is not often equaled in the genre. Tonnes of keyboards in the sound give it distinction and added substance. This is their only full-length which is well worth getting. I remember being blown away by this one when I first got it and you will be too, if you like NWOBHM.