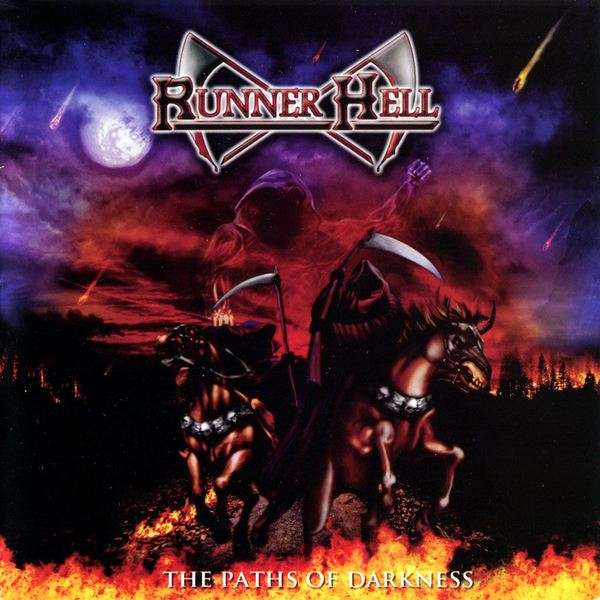 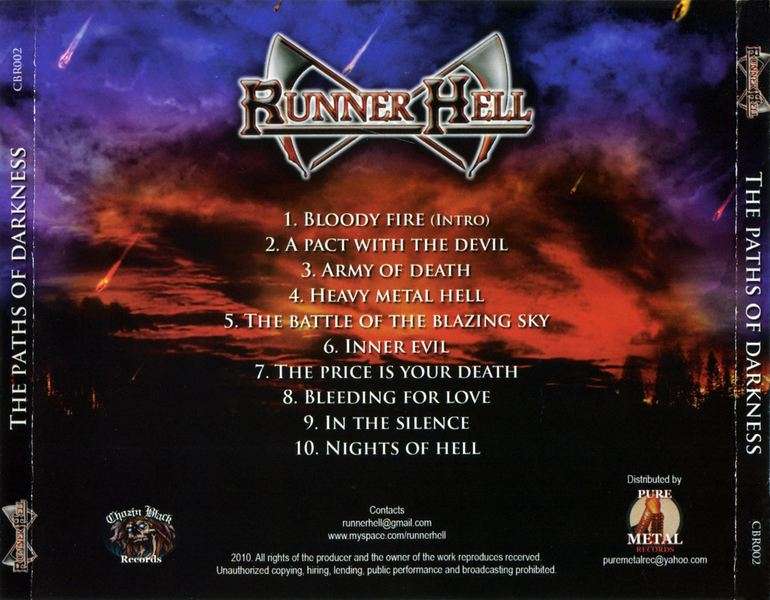 Band from La Estrella (Antioquia, Colombia) emerged in 2004 and already have a more than interesting discography behind them. The 2006 Night of Hell demo, then converted to EP the following year and the LPs, The Paths of Darkness in 2010 and the one that came out with the Chozin Black label on August 6, eight years that have been worthwhile. It sounds professional and with packaging, correct recording and mixing in the Edison Gil and TTM Studios (Medellin, Colombia) and produced by themselves. After that apocalyptic cover the guitars are incendiary, the voice of Felipe displays powerful phrases without fear of falsetto and the melodies adorn your mind ensuring the next listening. In short, those ashes are still incandescent.

Amazing Heavy Metal debut full-length album.This band emerged from hell to rescue the truly classic 80s metal sound, inherited from bands such as: Judas Priest, Iron Maiden, Metallica, Obsessión, Grim Reaper, Exciter, Manowar and NWOBHM bands, whose sound has been invaded by current movements forgetting the metal roots, and putting aside the energy and feeling.RUNNER HELL was formed by Julio Sierra (lead guitar), Felipe Davila (rhytm guitar and vocals). Christian Ospina (drums) in the early 2004 in La Estrella (Antioquia - Colombia). Later on having the collaboration of Alex Vélez in the Bass guitar during the first year soon to enter completely.From its very beginning until the present, RUNNER HELL has been on live-stage locally. Its outraging feeling and energy has been highlighted, when performing their own songs and cover by bands like Grim Reaper, Exciter, Diamond Head, Stormwitch, Arkangel, among others, that remark its influences in its musical aims. The band has played along with local bands such as: Nightmare, Dirges, Fire, Dead Soul, Dissector, Sanctuary, Amadis.Bands ideology attempts to rescue the good classic metal sound. It is reflected on its rhythms and lyrics that expose distinct topics from personal experiences to war, myth, demons, death, among others.The Band records its first demo Nights of hell, during the month of May of 2006 in Chozin Black Record, which counts on 4 own songs and to cover of the recognized Canadian band Exciter, Saxon of the fire.