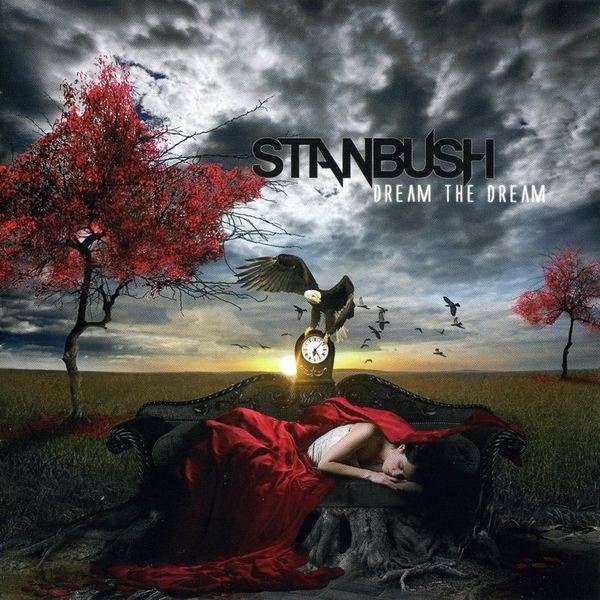 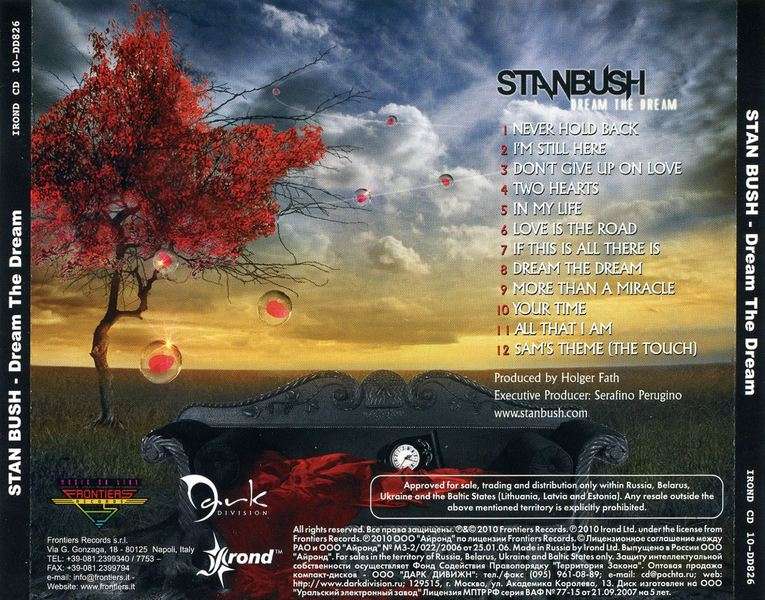 Stan Bush is an American singer-songwriter and musician whose most notable work includes the songs "Dare" and "The Touch" from the soundtrack to the 1986 animated film The Transformers: The Movie, and "She's Got the Power", featured in the American voice dub of the animated series Sailor Moon. He also had one track on children's album Take My Hand - Songs from the 100 Acre Wood entitled "That's What Tiggers Do Best," released in 1995. Other notable works include the songs "Never Surrender," "Streets of Siam," and "Fight for Love" from the movie Kickboxer, and "Fight to Survive" and "On My Own - Alone", the theme from Bloodsport. In 1987, Bush (and back-up band Barrage) wrote and recorded the ballad "Love Don't Lie", which became a minor MTV hit when covered a year later by House Of Lords.Bush submitted two tracks for the producers of the 2007 live action Transformers movie, but they were not included on the final soundtrack. However, on July 3, 2007, Bush re-released his album In This Life with the two additional tracks he submitted for the Transformers soundtrack, which include an updated version of "The Touch", and an updated version of his song from BotCon 1997, "Ground Zero", retitled "'Till All Are One". Bush also recorded another, markedly different version of "The Touch" which was at first rumoured for possible inclusion in the 2009 sequel Revenge of the Fallen.[1] The 2007 version of "The Touch" was later released as a free downloadable track for the video game Guitar Hero World Tour.[2] More recently, Bush's aforementioned "Till All Are One" was used as the end credits song for 2010 video game Transformers: War for Cybertron.Bush's latest studio album is Dream the Dream, which was released on September 15, 2010 through LA Records. The album contains 11 new songs written and performed by Stan Bush and studio musicians, as well as a cover of perhaps his most popular song, "The Touch", which was originally re-recorded for inclusion in 2009's Transformers: Revenge of the Fallen film, but was ultimately not included. His first full-studio effort since 2007's In This Life, it gathered positive reviews from fans and critics alike.In 2011, Bush recorded "High Noon Theme" for the wrestling promotion Chikara, which was a parody of the theme song for the 80s cartoon M.A.S.K.

New album from the AOR legend.Stan Bush is back with a brand new studio album his eleventh, which he has named ‘Dream The Dream’, and I know that when we get to review new CD’s, we reviewers usually write stuff like - this is his/her/their best album in years etc, well guess what that’s exactly what this new album from Stan Bush is. This new release you see is one of the best albums in the Stan’s long career and maybe in my opinion his best ever and I’ll tell you why I think that. It’s because each of the songs bar one (more of which later), is an uplifting, heart warming, infectious, fun track that makes no bones about being AOR, in fact the tracks glorify in the fact that they are AOR songs and to tell you the truth whilst listening to them I had a silly grin on my face and found the tracks to be down right fun to listen to. Which I’m sad to say seems to be missing from a lot of other AOR releases these days, maybe they can use these songs as an AOR blueprint from now on.Does the album though break new ground in any way? No it doesn’t, but what it does do is make you feel good, which I suppose is what music is all about, the way it makes you feel as you listen to it. With ‘Dream The Dream’ Stan and his regular cohorts Holger Fath, Matt Laug and Matt Bissonette have recorded what can only be described as an AOR master class, which will have the pink and fluffy (copyright Derek Oliver) brigade doing cartwheels as they listen to it, believe me when I say it has everything a member of the AOR Mafia could want. Yet what of the song I mentioned earlier the one that strays from the AOR path? Well it’s none other that Stan’s most famous song ‘The Touch’ which has been renamed ‘Sam’s Theme‘, and is so different from the original that it is almost a brand new song. The track is now full of down tuned guitars and weird arrangements yet in essence it still is ‘The Touch’, and what Stan and the guys have done to it is nothing short of genius (wait until you hear it).Now you might have guessed that I quite like this album, which when you get to hear it for yourselves will come as no surprise at all. AOR album of 2010??? No, no questions marks, the answer is a resounding yes.