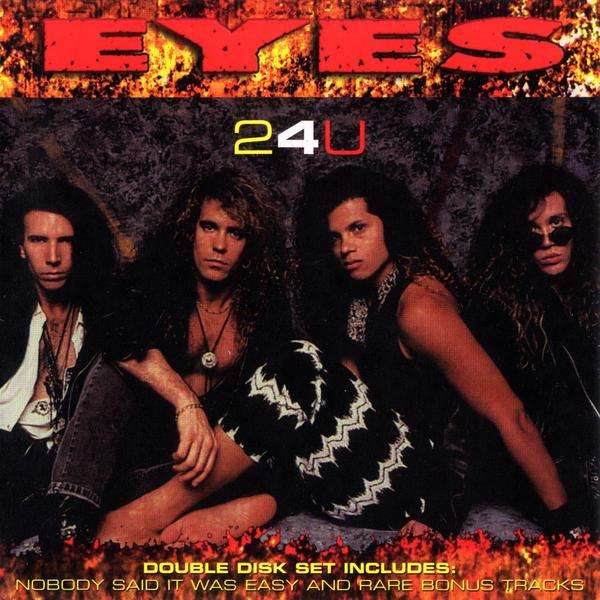 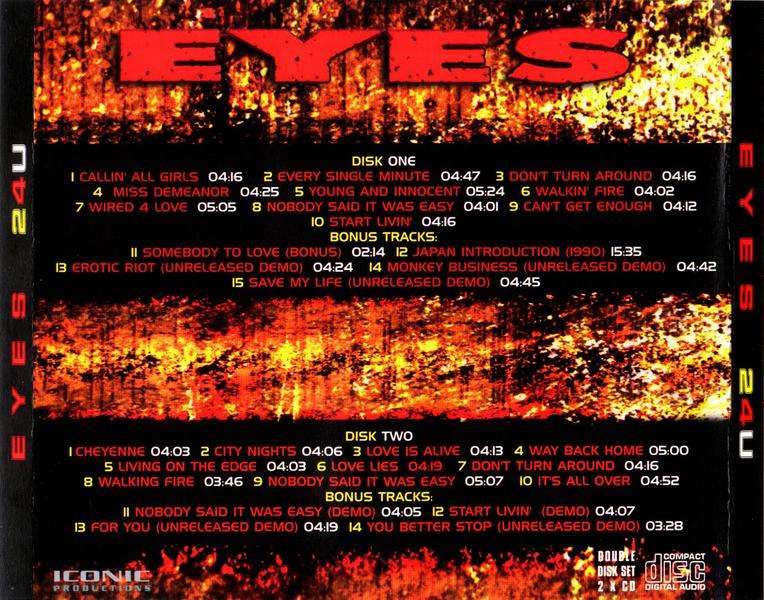 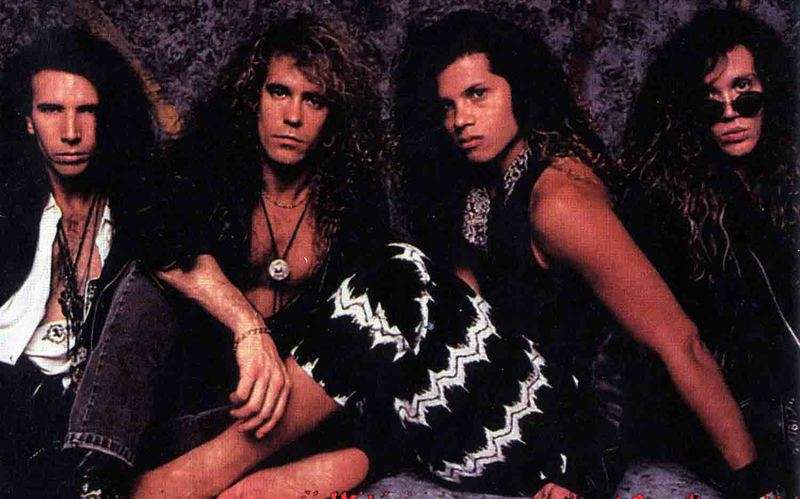 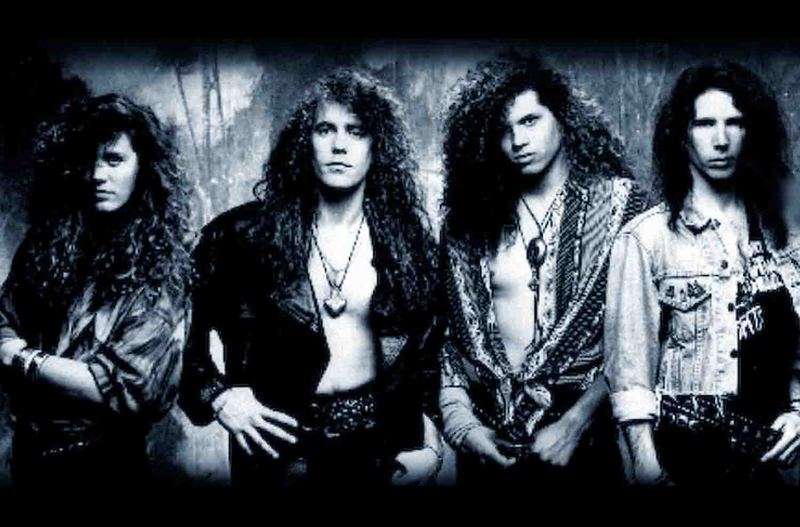 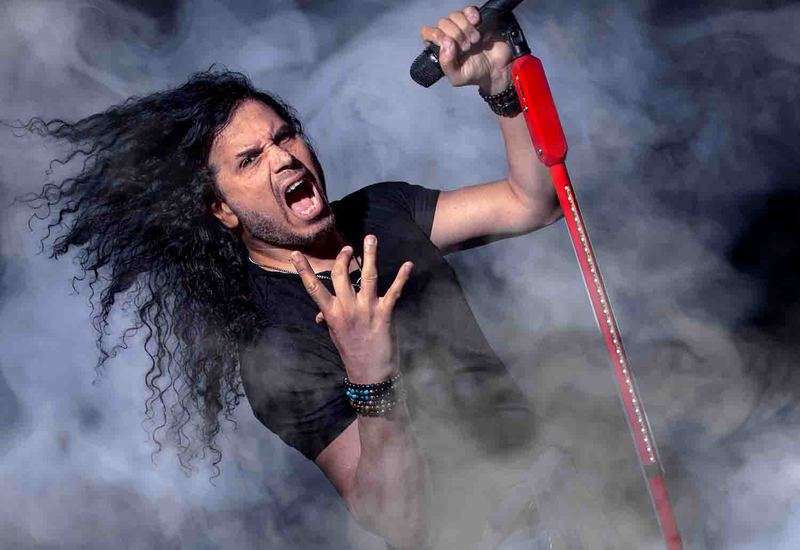 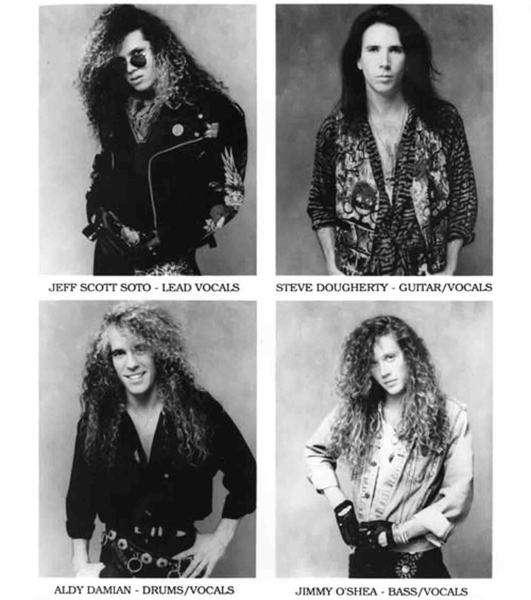 This American hard rock outfit released two stupendous albums at the beginning of the ’90s that simply didn’t get the attention it so rightly deserved the first time around.This 2-CD set titled “24U” (Two For You) includes EYES two official albums plus unreleased / rare tracks, and it’s a must have in tour collection.Originally formed in the mid-Eighites under the band name L.A. Rocks (several demos were taped) in its first attempt featured Kelly Hansen on lead vocals, guitarist Steve Dougherty (ex- Burning Rome, Berlin), bassist Chuck Wright (ex- Giuffria) and drummer Aldy Damian. Hansen took off for the band Hurricane and Chuck Wright to Quiet Riot and House Of Lords.Enter new bassist Jimmy O’Shea (ex-Cacophony) and powerhouse vocalist Jeff Scott Soto (ex-Yngwie Malmsteen) and a brand new monicker in EYES, circa 1989.Main songwriter Dougherty selected the best songs and with this line-up recorded EYES self titled debut, released in 1990.The album is full of awesome Melodic Hard Rock songs with that polished early Nineties sound production, commercial and catchy tunes plenty of hooks.The vibe is similar to Winger’s second album, Kiss (especially the song ‘Can’t Get Enough’), and even Def Leppard (‘Wired 4 Love’). Also, you can find a great version of Dianne Warren’s ‘Don’t Turn Around’, also recorded by various artists and bands.Second album Windows Of The Soul was finally released in 1994 but recorded a couple years before. If follows the same style / sound from debut, perhaps a bit more punchy.Songs like ‘Cheyenne’ and ‘Nobody Said it Was Easy’ should be considered Melodic Hard Rock classics of all time, and for sure, among Jeff Scott Soto finest moments.EYES “24U” is terrific 2CD Set including the band’s full two albums plus bonus songs that never made it into the final track-list but rocks anyway. This is a fantastic band quite unknown for many Jeff Scott Soto fans.Production is brilliant, where the backing vocals are huge emulating Def Leppard’s technique of layered harmonies. Spencer Proffer (King Kobra, Quiet Riot) co-produced, making Soto to record overdubs of the backing vocals up to 10 times per harmony, then the rest of the band to have the different frequencies, to finally mix all together resulting in a BIG set of choruses.