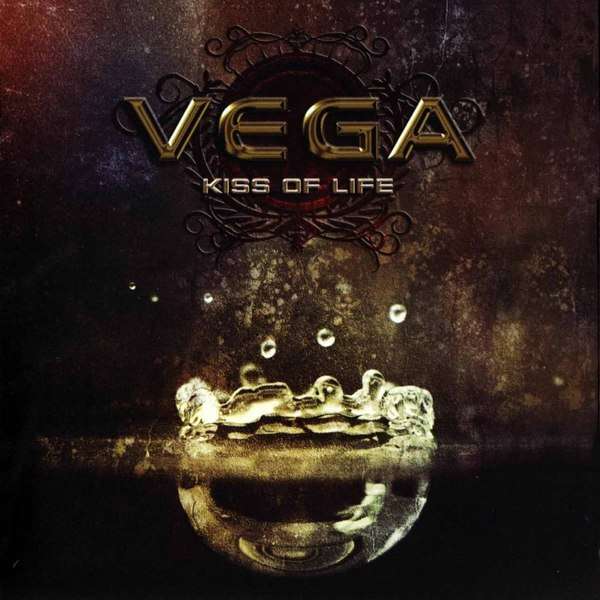 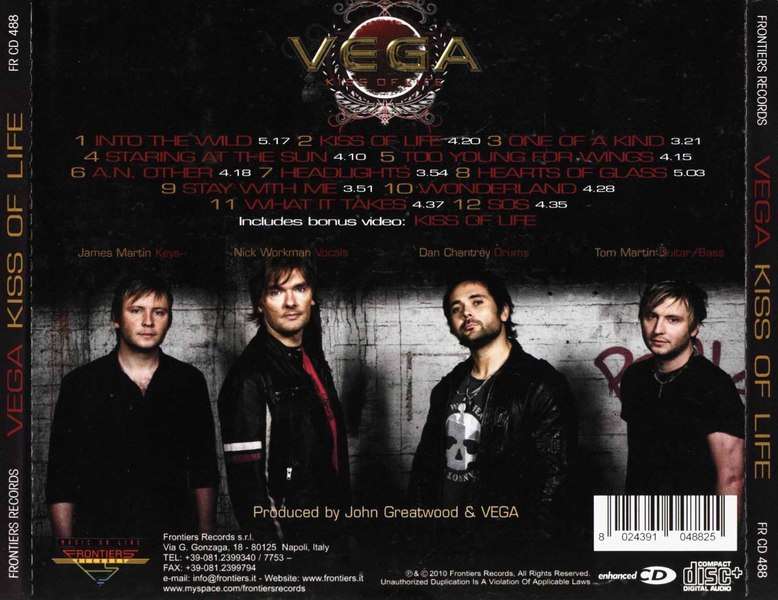 VEGA formed in the summer of 2009 and released their debut album “Kiss of Life” in 2010 to rave reviews across the board.MALCOLM DOME: “Vega are a British melodic hard rock band who stand apart from most in this vein, because not only do they write melodic songs, but they’ve a significant depth. Debut album Kiss Of Life shows enough talent and cohesion to suggest a big future awaits.In 2011 VEGA decided to go in search of a record company that shared their passion for trying to inject something new in to the rock genre, whilst still maintaining the 80’s/90’s roots that influenced them in the first place.After a long search VEGA finally secured a worldwide deal with Nine Tone/UNIVERSAL RECORDS who will release their 2nd album in the autumn of 2012. Singer Nick Workman says “We wanted to write an album where every song could have been a single, so we have been spending a lot of time fine tuning the songs. We pretty much demoed each song twice before we were satisfied”. The new album will feature 13 tracks of hook laden “stadium rock songs” that deserve to be play loud enough to piss of your neighbours…As rock Journo Dave Ling say’s “These guys could have a major role to play in the future”!

It took better than 10 years, but the collaboration between former Kick vocalist Nick Workman and the respected songwriters Tom and James Martin (House of Lords, Ted Poley, Khymera, Sunstorm, et al) has finally come to pass. Vega's debut work Kiss of Life is not to be missed as this is melodic rock in it's finest form.Knowing the Martin's legacy, Kiss of Life of life turns on deep melodies, clever hooks, and abundance of attractive and well-balanced musicianship. Into the Wild, One of a Kind, SOS, and Too Young for Wings, to mention only a few, are equally impressive for depth of the arrangements and easy entertaining accessibility. Part imagination, part inspiration, the Martin's deliver pleasant surprises of melodic rock that prove their genius. Witness the sublime AOR pattern of Headlights which is followed by the harder rock of Hearts of Glass. If you could bottle their skills and natural melodic sensibility, you would have product of exceeding value.For Mr. Workman's part, he soars. Listening to Kiss of Life, Headlights, Stay With Me or the aforementioned epic ballad Too Young for Wings makes you wonder how Workman sings, effortlessly it seems, with such range and passion. Dig up your old Kick albums. Or simply purchase Kiss of Life as Mr. Workman has found his home once again.Obviously from my comments I'm quite impressed with Vega's debut Kiss of Life. Traditional AOR-driven melodic rock, European or otherwise, can be either compelling or derivative these days. The Martins and Workman, for the most part, succeed at avoiding cliches. Even so, with that said, some listeners may find Stay With Me or A.N. Other rather predictable. But if these are the only slight low points they are well above the attempts of their peers.Consequently, taken as a whole Kiss of Life borders on melodic rock brilliance. Strongly recommended.