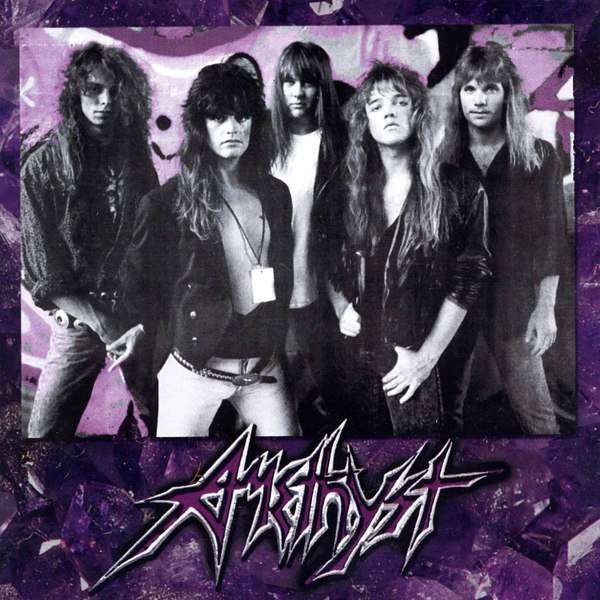 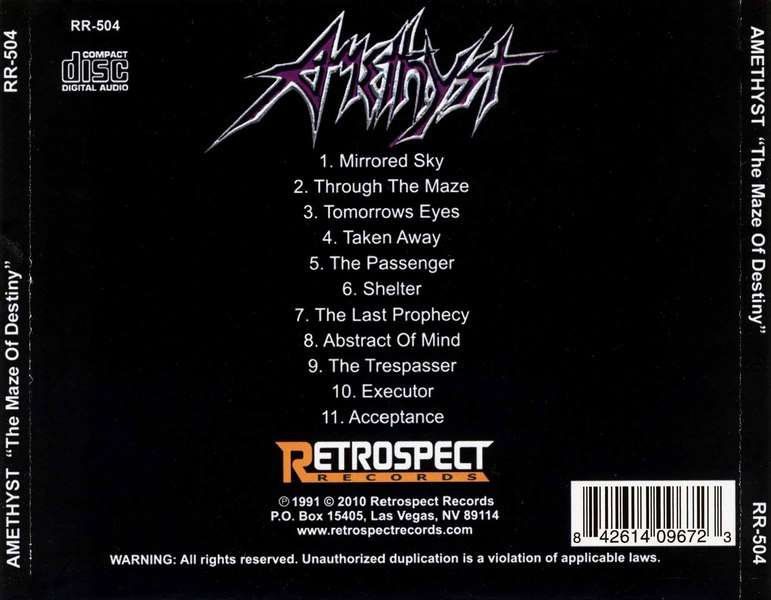 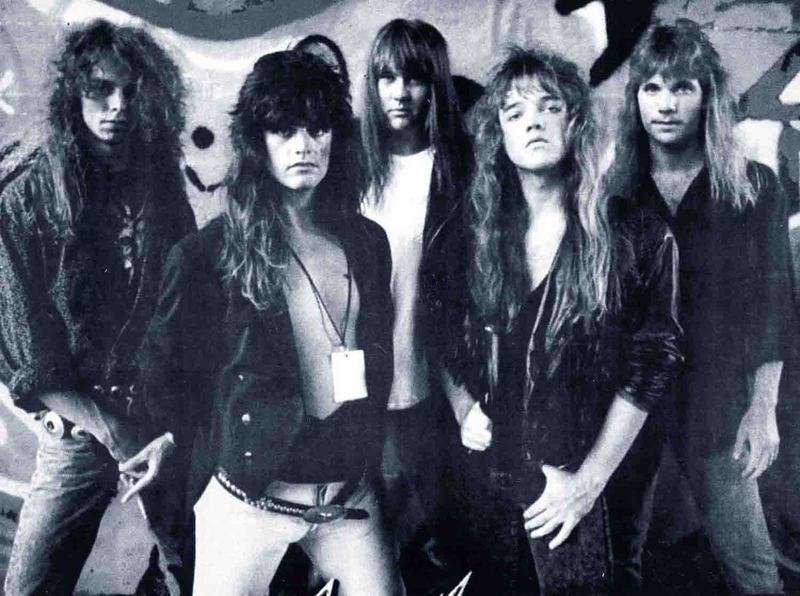 Amethyst formed in Kansas City in 1986 and recorded all of these songs between 1990 & 1992.In 1986 under the name Vengeance, by guitarists Jeff Klukow and Bryan Steward, who were joined later that year by Ron Rogers (drums) and Brian Kibler (bass). They played instrumentally in the KC metal scene for 2 years, including a show at the Uptown in 1987.The lineup was completed in 1988, when Brian Kibler was replaced by Steve Huston (bass) and Troy Skinner joined the band as the lead vocalist. They played their first gig under the new name Amethyst in early 1989.In 1992, Steve Kirubakaran replaced Steve Huston on bass and they made their first "well produced" recording, with the help of former Missouri drummer, Dan Billings. It consisted of 6 songs, but was not released until it was included in the "The Maze of Destiny" compilation.Heavily influenced by bands like Queensryche and Crimson Glory , Amethyst play Melodic "Thinking-Mans" Metal. Clear soaring vocals and first-class musicianship dominate this exceptional release. First time ever on cd and Highly Recommended to all fans of pure 80s Metal.

Amethyst was formed in Kansas City in 1986 and recorded all of these songs between 1990 & 1992. We shouldn’t confuse them with the other US Amethyst which released the hyper-expenssive now EP “Outside of Nowhere” in 1984.Heavily influenced by bands like Queensryche Amethyst play ’80s Melodic Progressive Metal.The Queensryche effect is really more than obvious in their music!!! Clear soaring vocals and first-class musicianship dominate this exceptional release. First time ever on cd .Songs like “Abstract of mind”, “Executor”, “Mirrored Sky” and “The tresspasser” are just classics in their genre! Highly Recommended to all the fans of 80’s Heavy Metal the american way. The rest of you should really try to listen to them.