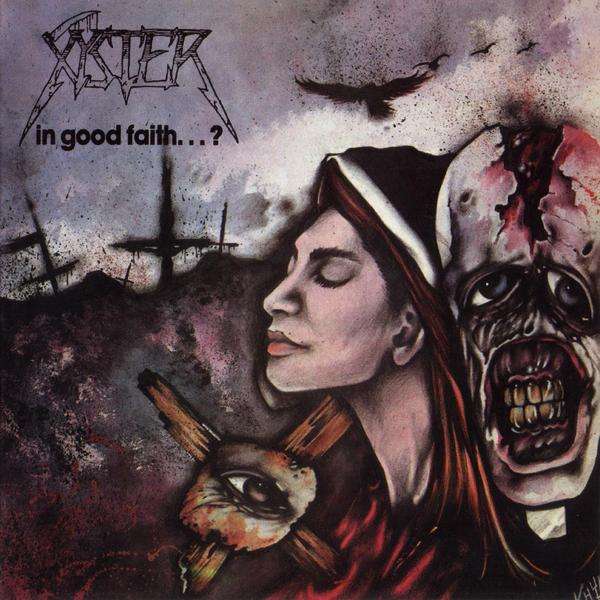 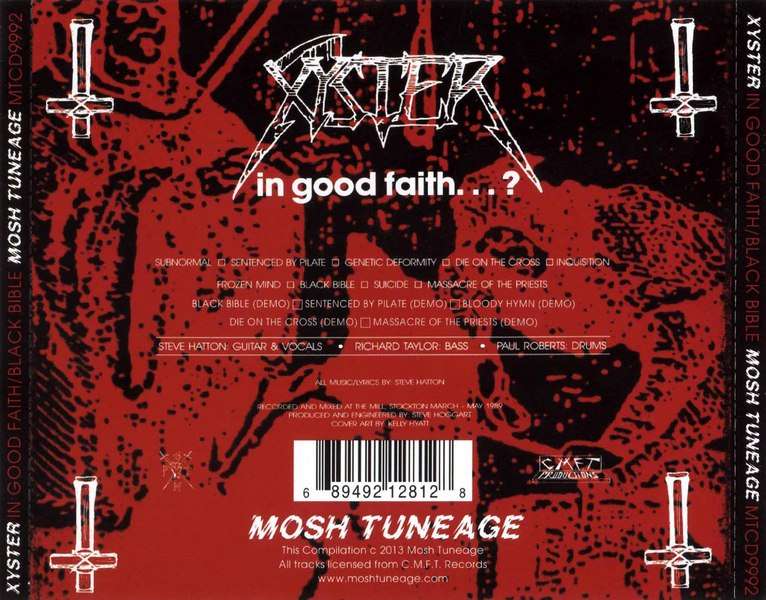 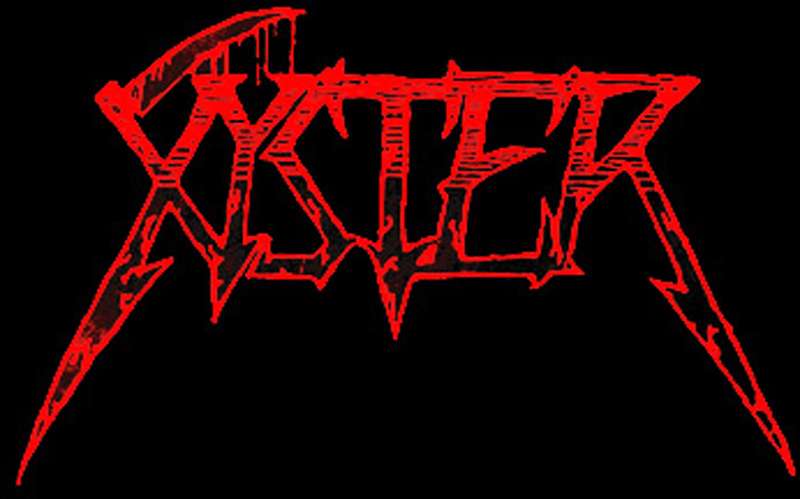 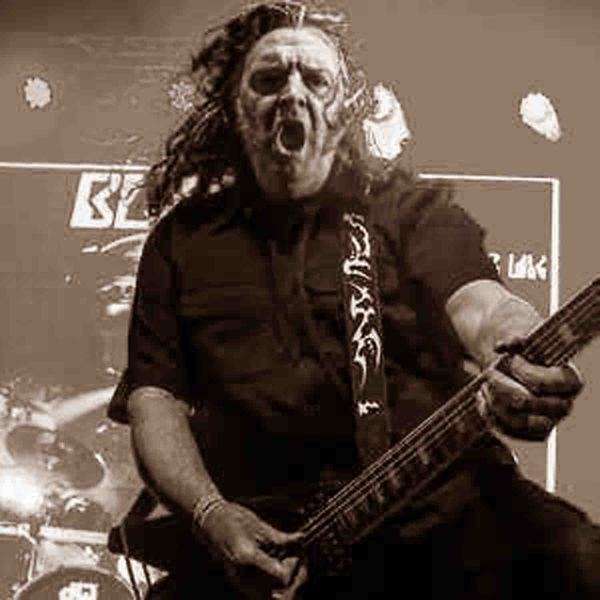 Formed in 1983 in Warrington, Xyster began his career in the first part of the name of Ted Heath and evolves first in a punk style, until the arrival in 1986 of guitarist & singer Steve Hatton and the output of the demo-tape 30 Minutes of Metal, where the band permanently anchored in the thrashmetal, like many English bands like Onslaught , Metal Messiah or Anihilated have experienced much the same way. The trio is especially noticed during his demo Black Bible of 1989, which will know in the wake edition split-CD with cross / thrashers Batavian of Brutal Obscenity in GCC Underground Recordings. This label has some demos pressed vinyl 12 "(45rpm), as models of Exmortis or Ripping Corpse (no less), is actually a division of the equally modest British team CMFT Daryl Turner.CMFT is actually a small label that included anecdotal groups like Snyper , Moral Crusade or Pendemia while still having signed Tiamat (for Sumerian Cry ) or Asphyx , although the album Embrace the Death of the last n ' ever born (until its reissue in 1996 by Century Media), failing to bankrupt label Daryl added to the tragic loss of his ancestors. In short, having already released the demo Bible Black via GCC Daryl logically offers a contract to album Xyster in CMFT, ending with the recording and release of the vinyl LP In Good Faith ...? 1989.Like his compatriot Anihilated , the main influence is undeniably Xyster Slayer . Many plans drums and riffs many direct references to the worship of Hanneman / King training, somewhere between Hell Awaits and Reign in Blood . But where Anihilated takes more distinctly out of the game, Xyster is doing more laboriously. In Good Faith ...? possess two significant blackheads. First production level which is more of a demo-tape as an album in its own right, our trio leaving in effect on both his model Black Bible , as his colleague Metal Messiah did not have sound up to par for his first album. Second, the voice of Steve Hatton, decidedly better guitarist singer, away from the excellence of his colleague Jon Van Doorn in the great Deathwish , and looking piteously to imitate the high pitched screams Tom Araya.Generic style, average production, singing laborious, but where is the interest of In Good Faith ...? . Just in the quality of its riffs and its color Kinghannemalombardesque irresistible. The guitar lines, reminders and breaks garnishing pieces as Subnormal, Die on the Cross or Suicide are downright pleasurable for any thrasher normally made ​​in the eighties, provided he kept at least one foot in the underground's prod . The recent reissue LP / CD in Moshtuneage is used one or two lost to discover or rediscover an album objectively grounded, but mézigue love get.