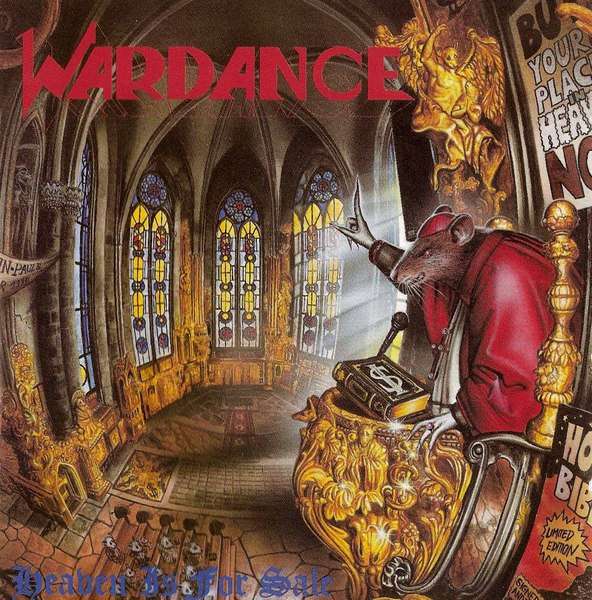 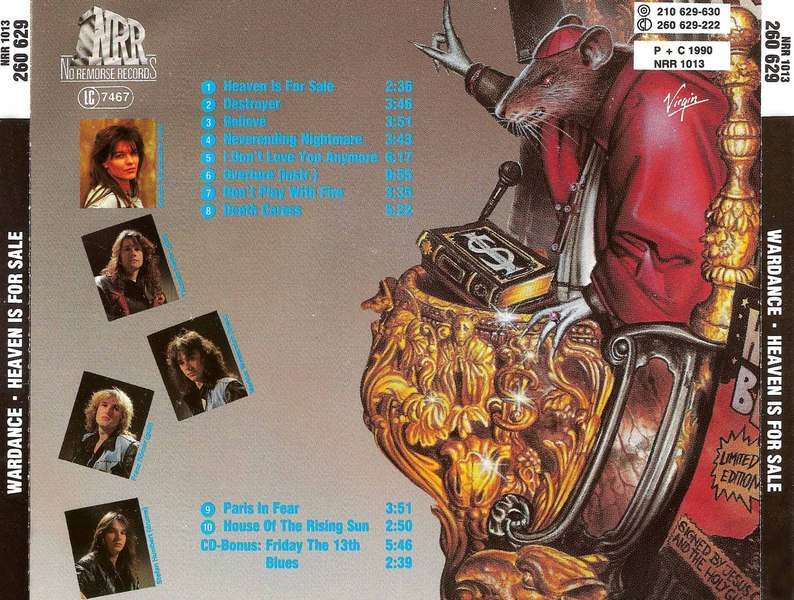 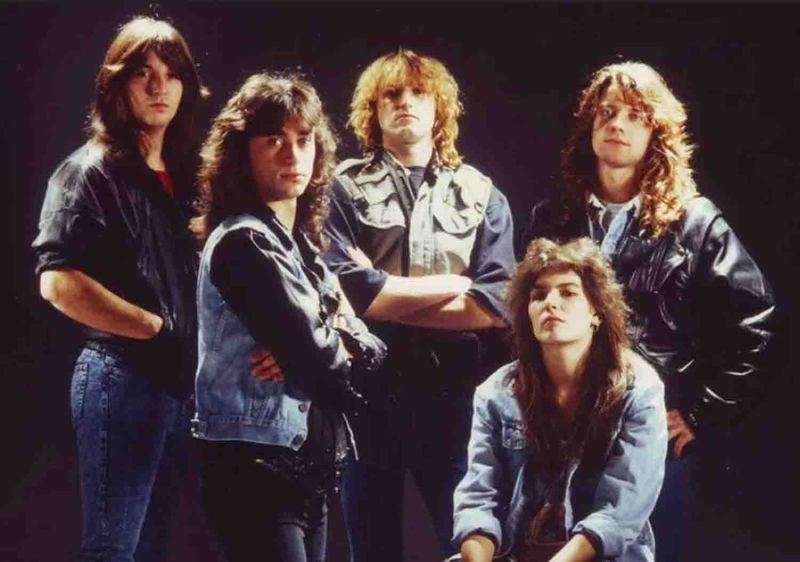 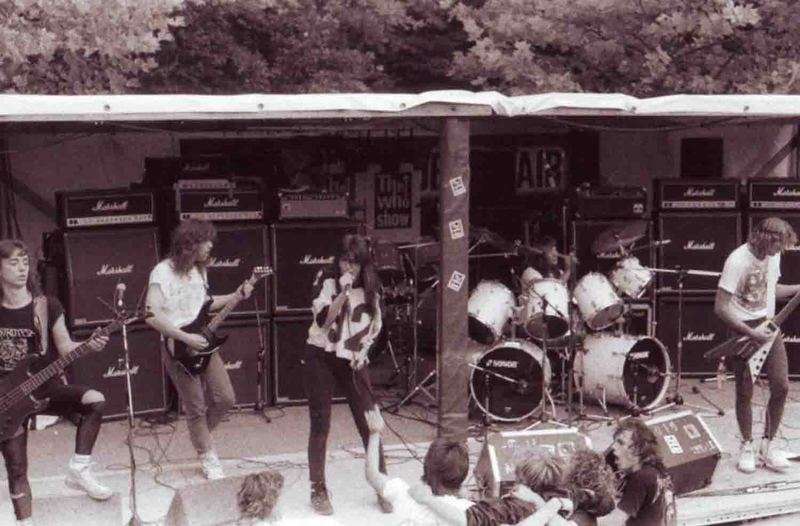 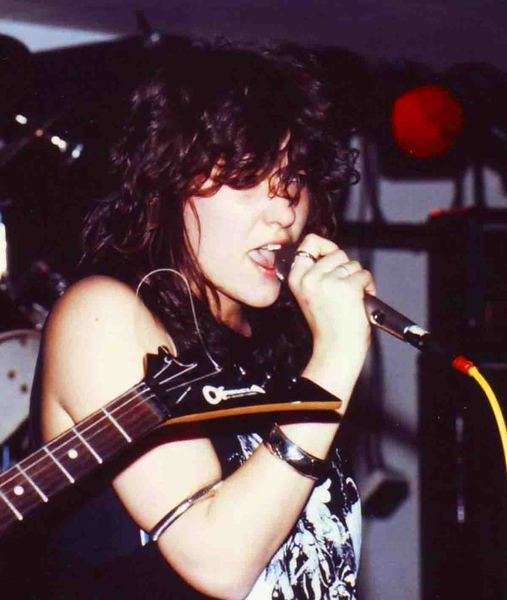 Founded in late 1986, under the name Destroyer. Changed it in 1988, just before they recorded the "Crucifixion" EP.They opened for Living Death, Angel Dust, Noisehunter, Tankard, Violent Force and Spermbirds.Wardance was a German band who played melodious Speed Metal. They were founded under the name Destroyer in 1986 in Landau/Pfalz, and renamed themselves into Wardance - based on the Anthrax song "Indians" - two years later. The line-up consisted of singer Sandra Schumacher, guitarists Franz Römer and Thomas Heyer, bassist Markus Wawersich and Stefan Humbert on drums. Shortly after their renaming they released the EP „Crucification“. Due to the good feedback they got a contract with No Remorse Records, where they released their LP "Heaven is for sale" in 1990. They split up in the beginnings of the 90's.The story of Wardance begins in August 1986 in a gazebo in the tranquil Herxheim i.d. Palatinate.The band around the then 15-year-old singer Sandra Schumacher are motivated to the tips of their hairs and so the band - still under the name Destroyer - makes their concert debut just six months later. The five-piece quickly became a local celebrity.Inspired by the anthrax song "Indians", the band changed their name to Wardance and in 1988 released the mini-LP "Crucifixion", which was produced at their own expense.Despite - or maybe because of - the cover, which is borderline in taste, this piece of vinyl has now become a collector's item. The band became an insider tip across the borders and played in the summer of 1989 in what was then still the GDR.The powerful speed metal and the unique voice of Sandra Schumacher arouse the interest of Charly Rinne, the former editor-in-chief of the magazine Metal Hammer and owner of the record company No Remorse Records. He signs Wardance and sends her back to the studio in 1989.For "Heaven is for Sale" you can win the Warlock / Doro guitarist Rudy Graf as a guest musician, who refines several songs with his casual solos.In order to document the musical development of the band, two songs from their debut "Crucifixion" are re-recorded and the band is not afraid of adapting foreign compositions that are far from Speedmetal, as impressively demonstrated by The Animals' "House of the Rising Sun".In February 1990 “Heaven is for Sale” was released and the terrific cover artwork by Andreas Marshall (famous for his works for Blind Guardian, Hammerfall and U.D.O.) caused a stir. With their second release, the band has finally left its status of local hero behind and toured other European countries at concerts. Overkill, Blind Guardian, Tankard, Living Death..the list of well-known bands with whom Wardance shares the stage is long and the people from Palatinate can always pull the audience on their side.The conditions for a third album seem very promising. But as is so often the case in long-term relationships, inspiration and charm are lost at some point. The many rehearsals and concerts take their toll and the musicians get bogged down in personal animosities. In late 1991 Wardance split up.Three years later the band dares to start over. But the cast carousel turns and finally Sandra Schumacher and Markus Wawersich from the line-up of the late 80s are there. The fresh wind and enthusiasm of the new musicians gave Wardance a new boost and they went into the studio to record the demo "Dance to the Beat of Life with the Spirit of Youth". In addition to compositions by the new formation, an unpublished, German-language piece by the original line-up was recorded with “The Neverending Story”.But a protracted legal dispute with the production company of the demo slows down activities, puts the band in financial difficulties and in 1996 marks the end of the Wardance story.

Wardance had connections with a few popular bands in the 80s, like Tankard and Living Death, but never made it big themselves. They managed to release this full length, Heaven Is For Sale in the 90s. The band's history was already unstable as they had broken up once before so it was not much of a surprise that they didn't make it big. But, how good is their only full length, you ask? Let's check it out.There are many speedy, competent, cracking riffs and they're an absolute delight to listen to. Fast palm muting, blazing gallops, dodgy chord progressions are all very common. They're executed quite precisely without any flaw. There are some slower moments, particularly on the song 'I Don't Love You Anymore', which might sound like a cheesy ballad if you just read the song title but it really has an epic feel to it. Unfortunately the guitar sound is bit thin due to the primitive production. Still, the riffs are a blast. The solos are also quite fast but are also quite melodic at the same time. The small guitar melodies really drive the songs and keep them moving.The vocals are kind of unique, albeit not perfect. Sandra Schumacher executes some really harsh but melodic and catchy vocal patterns. However, her vocals do get a bit boring to listen to because there aren't too many changes in her tone. Nevertheless, it's quite fun when she screams her bottom off. The drumming is also, obviously, speedy and hasty to match the guitar riffs. There aren't too many interesting fills but the drummer fulfills his job by giving the songs the energetic flare they need. The bassist isn't too noticeable for the most part but he plays really cool fast licks sometimes, particularly in the middle of 'Destroyer'. Other than that, the bass lines are pretty standard.There isn't too much to say about the music really. The riffs have a 'pump your fist and stomp your foot' aura to them, the vocals are harsh and fun, the drums and bass do what they're supposed to. It's not amazing, but it's very solid speed metal highly recommended if you like bands such as Scanner and Angel Dust.Album Recorded at Katapult Tonstudio/Karlsruhe, West Germany in October/November 1989.Produced at Katapult Tonstudio.