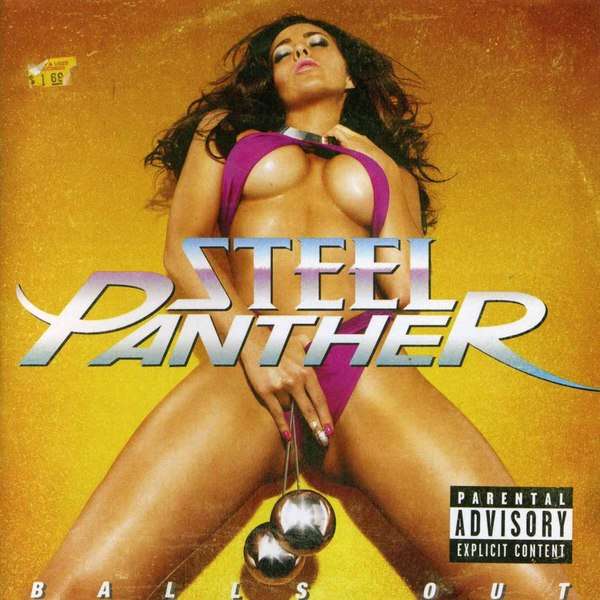 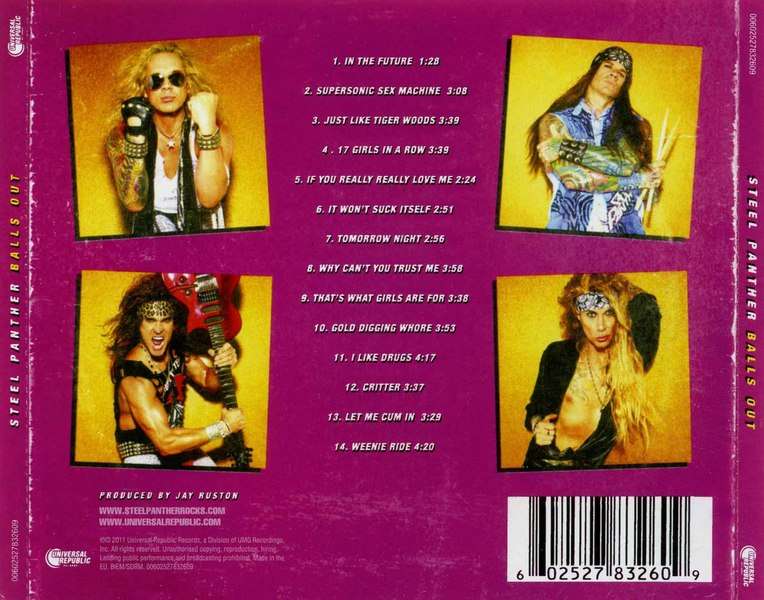 In 2008, Metal Skool changed their name to Steel Panther.STEEL PANTHER is the hottest band out of Hollywood since Motley Crue, Guns N’ Roses and Poison ruled the Sunset Strip. Arriving in 2009 with debut album Feel The Steel – hailed by Kerrang! magazine as “close to perfect” – Steel Panther has won a legion of fans across the world. And now the band is aiming even higher with second album Balls Out. Released worldwide through Universal Music on November 1, 2011, Balls Out is another masterpiece of kick-ass rock and roll.Steel Panther is a Los Angeles, California based glam metal parody band founded by former LA Guns vocalist Ralph Saenz (Michael Starr). Originally formed as “Metal Skool” and “Metal Shop” they’re known for their energetic live show, the longest running metal show on the Sunset Strip. On stage, the band both pays tribute to and lampoons the heyday of 80’s glam metal. The band’s between-song comedy includes jests at conflict between band members, discussions of drugs, sex, and improvised humor with the crowd.Recently they’ve crossed the Atlantic and have finally started to penetrate the European market with the release of their debut album, “Feel The Steel”.

Balls Out is the second studio album by the American heavy metal band Steel Panther. It was released on October 28, 2011 on Universal Republic Records. In an interview in May 2011, guitarist Satchel said that the band had begun recording new material in August 2010, and by May 2011 had completed all fifteen songs planned for the album.The album was officially announced on 19 July 2011[2] and the title was announced on 22 August.The album is produced by Jay Ruston, who previously worked with the band on their album Feel the Steel.On 6 September, it was announced that the album's release date had been pushed back from 18 October to 31 October,though it was released in Europe on iTunes on 28 October.The first singles of the album are "If You Really, Really Love Me" in the United Kingdom and "17 Girls In A Row" in the United States.Guest appearances on the album are made by Dane Cook on "In the Future" and by Chad Kroeger and Nuno Bettencourt on "It Won't Suck Itself".The album is indexed (Liste A, only allowed to be sold to adults after request) in Germany by the Bundesprüfstelle für jugendgefährdende Medien (BPjM) since September 2012.The album debuted at #41 in Canada,and debuted at #40 on the Billboard 200 chart with first-week sales of 12,000 copies in the United States.Balls Out has received generally positive reviews from critics alike. Metacritic has given the album a score of 68, based on four reviews.Allmusic gave Balls Out a rating of three out of five stars, and said that "as a hair metal album, Balls Out is finely crafted and well produced, evoking the glossy sound of the era, but as a joke, it’s pretty one-note, so either you’re going to get it or it's going to grate on you."]Brave Words & Bloody Knuckles gave the album a rating of nine out of ten stars, saying that "from start to finish, Balls Out is 14 bundles of fun."Canadian music and entertainment website Rockstar Weekly gave the album a perfect 5 stars saying "For those lucky enough to understand the joke, Balls Out is the standout album of the year. It just plain kicks ass."Recorded at Clear Lake Audio, Burbank, California. Overdubs mixed at TRS West, Sherman Oaks, California.

+ Video "If You Really Really Love Me" (Official Video)