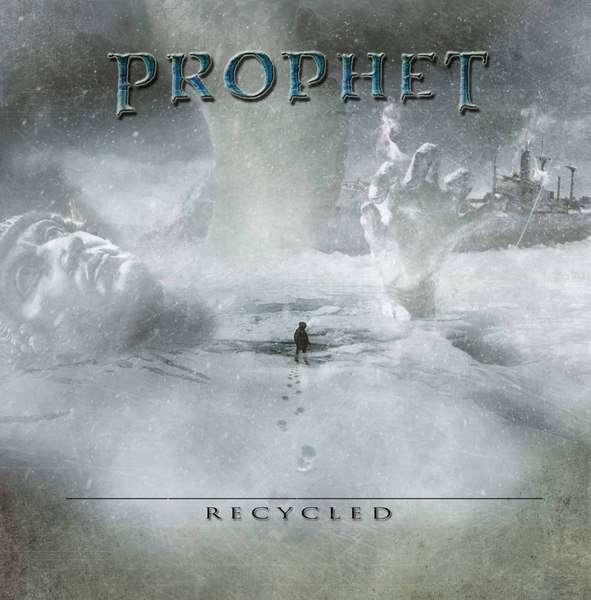 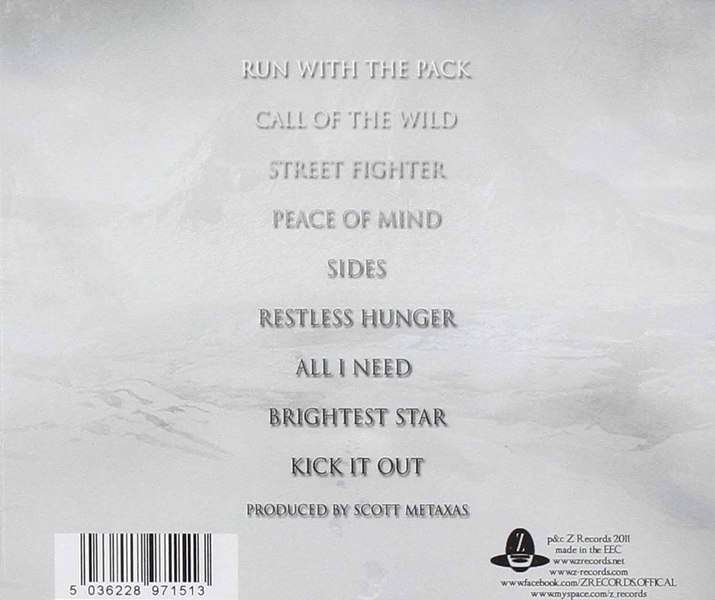 Prophet was an American Melodic Rock band from New Jersey, United States. The last lineup of the group was Russell Arcara (vocals), Dave DiPietro (guitar), Ken Dubman (guitar), Scott Metaxas (bass), Joe Zujkowski (keyboard) and Jim Callahan (drums).However, the band had many lineups along its career.Prophet was founded in 1980s by two previously members of Icarian and Tom Fuller's Rock City, bassist Scott Metaxas and keyboardist the late Joe Zujkowski. For completing the group, they invited other four members: Ken Dubman (guitar), William Runco (guitar), Bob Butterfield (drums) and Marc Hoffman (vocals).The band started its career playing in covers of songs by bands such as Queen, Boston, Kansas and Styx. In fact, they were considered to be one of the best cover bands in New Jersey in the 80s.In 1985, Hoffman and Butterfield left the band and were substituted by the late Dean Fasano (vocals) and Ted Poley (drums & vocals). Poley played with Dubman years before in another rock band, named Lush, when they were in High School.William Runco also left the band, but was not replaced by another musician. With this new formation, the group recorded its first album, self-titled. It includes the song "Slow Down", which may have influenced the hit "Wanted Dead or Alive", by Bon Jovi, years later.After having released the first album, Fasano and Poley left the band. Poley joined the band Danger Danger as its lead vocalist and bandleader. Then, Prophet invited Russell Arcara (vocals) and Michael Sterlacci (drums & vocals). During this period the band was managed by Noel Monk, who also managed Van Halen.This lineup recorded the band's second album Cycle of the Moon. This album is considered the most important by the group and peaked at 137 on the Billboard 200.In 1991, prior to Prophet releasing its third album, 'Recycled' (Halycon Records), Michael Sterlacci (drums & vocals) left the band and relocated to Los Angeles, Ca. With yet another lineup: Dave DiPietro (guitar) and Jim Callahan (drums) joined the band and recorded "Recycled".This album also had Karl Cochran (acoustic guitar and backing vocals) as a special guest.From 1992, Prophet's members started new projects and the group ended years later. Arcara created two other bands after leaving Prophet: Arcara (also known as Wheres Mary)and The Way. Also during this time Arcara formed a cover band Called Wally and the Beaver, featuring Dubman, Dipietro, (From Megaforce Recording artists TTQUICK, DiPietro in particular stood out as a mentor/teacher to Zakk Wylde and Dave Sabo who would later star with Ozzy Osbourne and Skid Row respectively. In 2009, TT QUICK lead singer Mark Tornillo joined the heavy metal group Accept, helping them achieve their highest billboard chart success to date) Callaghan, Stephan Deacutis (session player , studio owner Sound spa and successful record producer. and extraordinary bassist/vocalist Tony LeClerc,(also from Wheres Mary and New York City's Big Bad Wolf, currently Bass Guitarist for former Warner bros and EMI recording artist Twinkle Yochim and her band RockSoulRadio.Dipietro left the band the night before their first show due to personal reasons and the band continued as a five piece. In 1992, Metaxas and DiPietro joined Nuclear Assault. Dubman joined the blues band Rocket 88. Callahan created a software company and started working as a graphic designer.Years later, Dubman, Arcara, Metaxas and Callahan created a tribute band, Edgar Cayce, after the American prophet. The band's albums were re-released many times in 2000s: Recycled was reissued in 2005 (Z Records) and Cycle of Moon was reissued in 2005 (Z Records) and 2009 (Wounded Bird Records).On April 29, 2012, the band reformed for a reunion show, with a lineup consisting of Metaxas, Dubman, Arcaca, Callahan, and new keyboardist Bill Dellicato replacing Joe Zujkowski (who had died in the time since the band had last been together).

PROPHET always gonna be one of my favorite bands from the ’80s. Their self-titled debut (1985) and particularly their second Cycle of the Moon (1988) are essential albums in any Melodic Rock / AOR collection. While the first was a marvelous Pompy / AOR recording with Kansas, Asia and Styx overtones, the other carried an immense typically Eighties melodic commercial appeal, both acclaimed by critics and fans of the genre.But this, their third and last album “Recycled“, always has been criticized for the change in the musical style and specially for the the production / mix quality.Truth is “Recycled” it is a pretty good album. Sure, they switched to a more arena Hard Rock oriented style (and a good one by the way) and that’s not necessary a bad thing.On the contrary, the musical climate was changing (1991) and “Recycled” is one of the few albums of that year still capable to retain the magical late ’80s vibe.Straight-forward (yet polished) hard rockers as “Run With The Pack”, “Restless Hunger” or “Brightest Star” have enough hooks and fire to please any fan of the genre. Particularly on these tracks is where the addition of a second guitar player to the line-up (Dave Dipietro from TT Quick) is more evident.“Call Of The Wild’ is a killer Melodic Hard Rock track, complete with great keyboards and a catchy chorus to die for. With the same melodic fiber, “Peace Of Mind’ is a slow-burn rocker in the vein of the ‘Americanized’ Whitesnake.And you still have your AOR numbers, such as the acoustically and emotional “Sides”, or the awesome melodic mid-tempo ballad “All I Need”.Prophet’s “Recycled” is a very good album in my book, including strong songs and fine melodies.This long deleted CD has been remastered and serviced with all new artwork.And here comes the good news: now the album really sounds better, fuller, with a bright and a spacey ambiance that truly enhance the sound.Reissue of the official release in 1991 with a different cover.Mixed at Live at Leedsville, Monmouth, NJ. Mastered 2011.