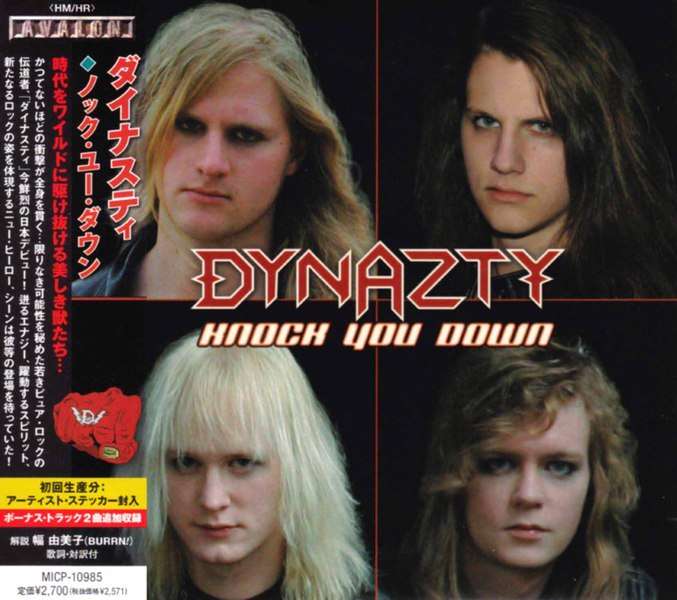 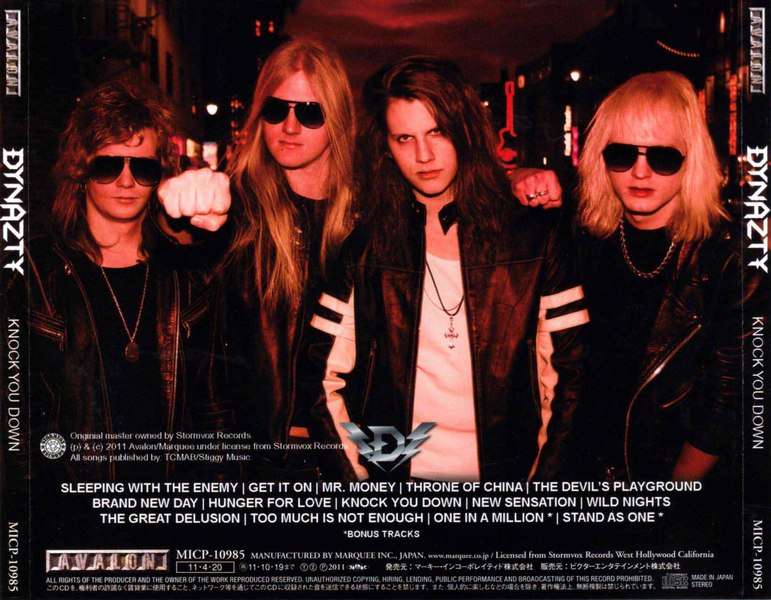 Early 2008 in Stockholm, Sweden, four young and aspiring musicians got together to form a band.With a want for something majestic and a fascination for egyptian history Rob Love Magnusson(guitar), George Egg(drums), Joel Fox apelgren(bass) and John Berg(guitar) took on the name of Dynazty.Lacking a singer the four-piece went on a massive manhunt, ultimately finding Nils Molin through an ad via the myspace community. A sound began to establish as songs were written and the completed line-up decided there was no time to fool around. Financing the recording of a full-length album themselves was the only right thing to do and thus the Polar studios and producer Chris Laney was booked for the fall of 2008.Recording and mixing of the yet untitled album was finished in november and in January of 2009 Dynazty signed a license deal with american label Perris Records for a release in june.Bring The Thunder as the modestly debut album was titled, was recieved well by critics, praising the bands retro-sound and overall playing ability. But due to the lack of promotion and availabilty in Sweden, home country of Dynazty, the album and the band was never really recognised in swedish media.Nonetheless in october the same year, Dynazty embarked on a european tour to promote the album, supporting swedish hardrockers The Poodles. But before the tour started John Berg decided to leave the band to pursue other musical directions and was temporarily replaced by guitar player Mano Lewys.As 2010 commenced the now four-piece felt the need to write new material and finding a record label that could support the release of a new album properly. After long negotiations the band finally signed with swedish/american label Stormvox records, owned by the infamous swedish actor Peter Stormare. Writing the new album took up most of the year and finally in january of 2011 the swedish dynasty flew over the atlantic ocean to record in Los Angeles, California.Before the release of "Knock You Down" as the follow up to "Bring The Thunder" was named, Dynazty was privilaged to make a guest appearence in the swedish finale of the Eurovision Song Contest in front of approximately 3,7 million viewers performing a cover version of last years swedish winner song, "This Is My Life". The song became a minor hit in sweden and established Dynazty as a force to be reckoned with within the music business.When "Knock You Down" was finally released in April it climbed to #1 on the swedish metal charts and to #21 on the mainstream charts. Dynazty toured Sweden in support of the album throughout the summer and in the fall the same year they toured the UK together with Electric boys and Miss Behavior among others.While Dynazty was officially a four-piece, Mano Lewys had been their second guitar player ever since 2009 acting as a hired gun. But before the UK tour commenced Mano had decided to quit his post and focus on his personal life. So the band said a freindly goodbye to a long time freind and started looking for a replacement. Long time freind and even in-law reletive of Rob Love Magnusson, Mike Laver was brought in to help out on the UK tour. Back in Sweden after the tour Dynazty felt a need to once and for all complete the line-up and make it a five-piece again. And if there was someone the band wanted more than any other guitarist, and had proven he was up for the task it was Mike. My saying yes when asked, Mike completed the line-up.During the late summer and fall, the band had written material for a new album. Eager to release an album in early 2012 the five-piece started the search for a producer and a studio. Wanting a change in sound the band visited Peter "Pain" Tägtgren in his studio The Abyss discussing the possibility of working together. After much e-mailing and schedule arrangements the studio was booked for Dynazty in december.Right around this time it was also made official that Dynazty was to compete in the swedish preliminary of the Eurovison Song Contest in february 2012 with the song "Land Of Broken Dreams". "An honor and an offer that could not be refused" the boys said.When december commenced Dynazty was recording their third album, their second in one year in The Abyss studios with producer Peter Tägren at the helm and the first with Mike Laver on guitars.The upcoming album entitled "Sultans Of Sin" will hit the shelfs and servers in February 29:th 2012 and as Nils Molin, Rob Love Magnusson, Joel Fox Apelgren, George Egg and Mike Laver rushes into the new year with a spanish tour in january I can only rest my case and say:This is just the beginning....

Knock You Down is the second album from Swedish rock band Dynazty.Album the band released after signing a contract with StormVox Records, which reached #21 on the charts Swedish.Dynasty have really hit their straps on this, their second full length album. With a slick and polished production that never detracts from the raw ROCK-ness of the songs, “Knock you Down” shows that these Swedes are here for the long haul.The big winner here, alongside the excellent production, is the songs – melodic, meaty, anthemic, hummable. Killers like ‘Hunger For Love’, ‘Get It On’ and ‘Throne Of China’ don’t come along every day!Rob love’s guitar work is sinewy and muscular, and this boy must have got very sore fingers recording this album because his solos simply shred so hard. Joel Fox and George Egg’s rhythm section is full of groove and power, and never misses a trick. Nils Molin is a singer from the Joe Lynn Turner school – clear and full throated, his vocals deliver memorable melody after memorable melody, and when fully assembled Dynazty can give any other melodic hard rock band a solid run for their money.Definitely a keeper!