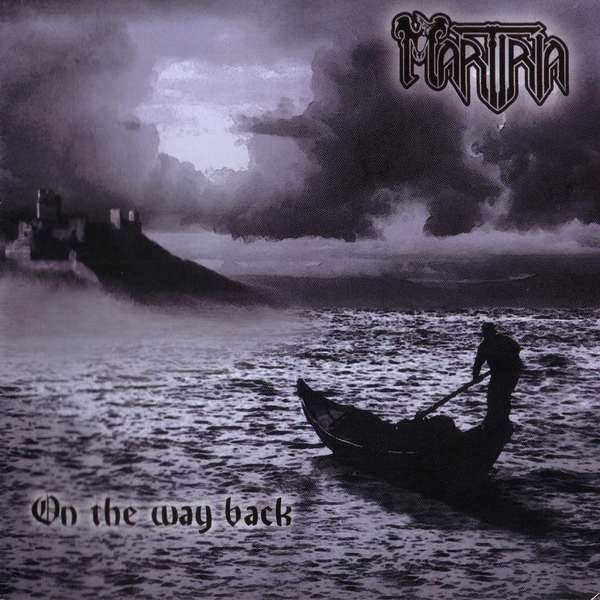 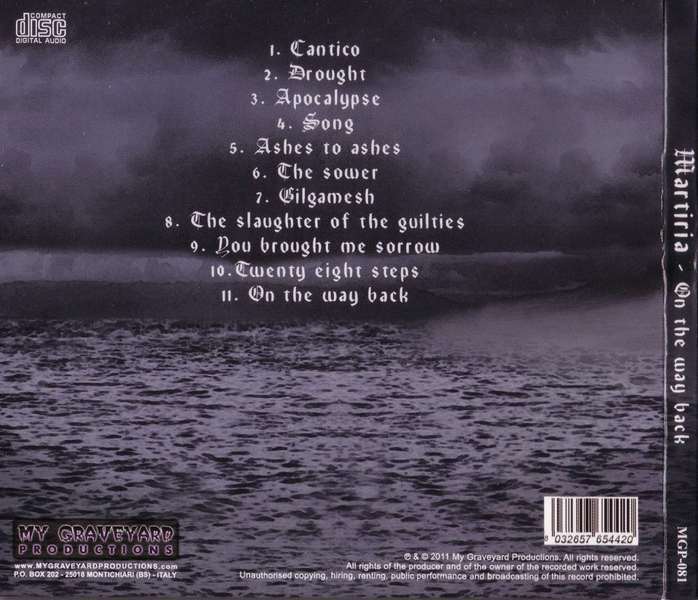 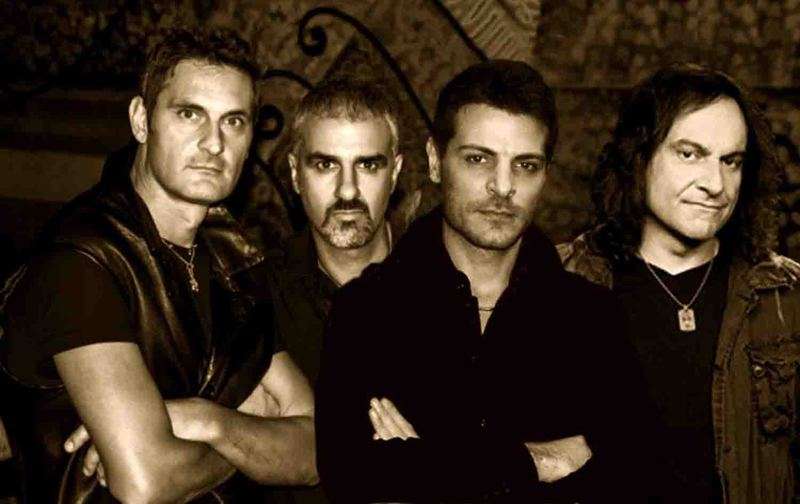 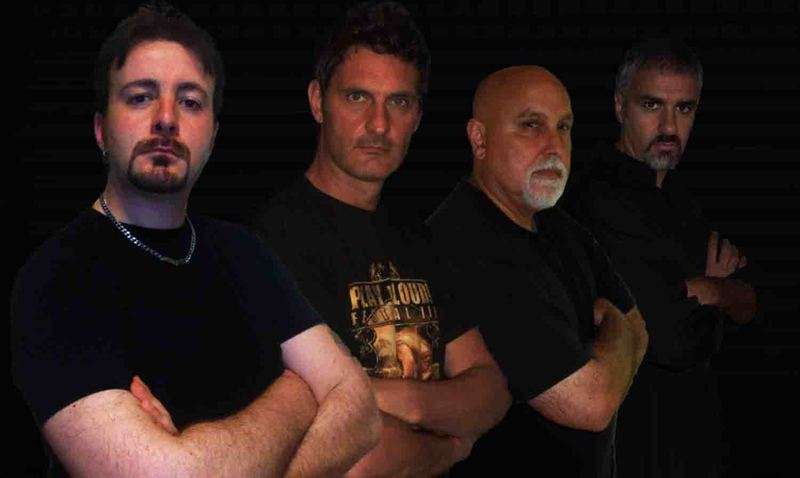 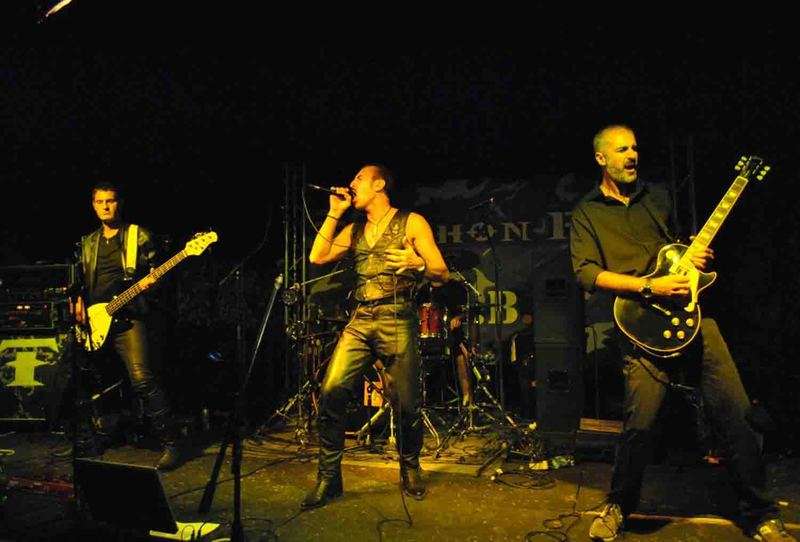 Martiria was formed back in the '80s. At the beginning the band was very much oriented towards Doom/Metal sounds such as: early Candlemass and Black Sabbath. After releasing just a few demos and featuring various musicians, in 1998 the members of the group decide to take a break for a while in order to experience different projects.A few years later, in November 2003, the guitarist and composer Andy "Menario" contacts (with help of Bill Tsamis - Warlord) Rick Anderson (aka Damien King III), ex Warlord's singer, and the great melodic and powerfull voice of Rick becomes the key of caratheristics and superlative sound of the band.In the same year, Andy knows Marco R. Capelli, italian writer and poet, who, since then, writes the lyrics of all Martiria's songs.The band goal is, starting from a very classic epic metal sound, to create a new style able to get the listener involved by heavy riffs and grooves to be shared with acoustical atmospheres featuring ancient and classical instruments leading to traditional melodies.In 2012 two important changes take place: in order to allow the band to increase live exhibitions Rick Anderson and Andy Menario decide to divide temporarily their ways and a new singer, Flavio Cosma, join the group.Then, in late 2012, the great drummer Vinny Appice (ex Black Sabbath, Dio, founder of Kill Devil Hill) accepts to be part of the new CD R-Evolution (released in2014 by Rocksector UK for Europe Asia Africa Digital and Hellion Records for North and South America).The result is a mix of different styles, atmospheres and nuances that make MARTIRIA a unique band.

EPIC! Yeah this is really epic! Not everybody can like this, I didn't like this when I listened at first, but second and third times were so happy to me, that I can't explain.I love their previous album, 'Time Of Truth', so I listened their fourth album as soon as I could. Here are many acoustic riffs in almost 70% of the songs, so that seemed to me very boring, so I hardly listened till the end. If I hadn't listened to the 'Time Of Truth', I would say, that this album sucks, but, now I think that this album is for only chosen ones and little quality metalheads will not understand this music, will never understand everything, what is mentioned, nobody will penetrate this album till the end, because 'On The Way Back' is like draw-well, from which you can take water when you want and how much you want, and this water will never end.What can I say about vocals? Rick has really great voice, but at first it seemed simple and weak to me, but time by time I realized, that this band doesn't need very strong vocal, Rick's voice is strong enough and perfectly fits into the music. He sings in the first scale, but sometimes takes second too.Andy is impressive guitarist. His great skill can be heard in the song ‘On The Way Back’. Whole song is played on acoustic guitars. I wonder, how he could play that solo?! If you don’t know anything about acoustic guitar, you will not understand. It’s almost impossible to do hammer-on and pull-off on acoustic guitar. Andy strums on every fret I think.Guitars have classical tuning. Mostly, there are cut guitar riffs, as in songs: ‘Drought’, ‘Apocalypse’… But there are also longed riffs too, as in songs: ‘Song’, ‘The Sower’, ‘Gilgamesh’… Many songs start with acoustic guitars, for example ‘Slaughter of the Guilties’ or ‘Apocalypse’, but there are songs which start on heavy sound at once, for example ‘Drought’ or ‘Gilgamesh’. Main riffs are played on first and second strings and solo is played on last string, but there is a moment in the song ‘Gilgamesh’, when pre-solo is played on fourth string.I don’t know bass too much, that I could talk about this as much as about guitars. Bass never sounds out of mix, but even in the mix, I can see Derek’s great skills, it’s not easy to play everything this.Here are impressive drum fills. I see, Umberto is influenced by Metallica’s early work. Drumming style is mainly double-basses. Drum fills are mainly moving Toms and Tom-Snares. Also there are pasts where work only hihats and crushes. Generally, I like drum parts, drummer is very talented and he will achieve many things.Martiria is the band, which divides listeners to two groups, lovers and haters. Many people only don’t understand Martiria's music, they think that this is uninspired and very simple, but if you like song completely as soon as you hear it at first time, this means that song is shit. To enjoy this album, you must be patient and listen to it several times, so try it if you are ready to give this album some chances and you will not regret.