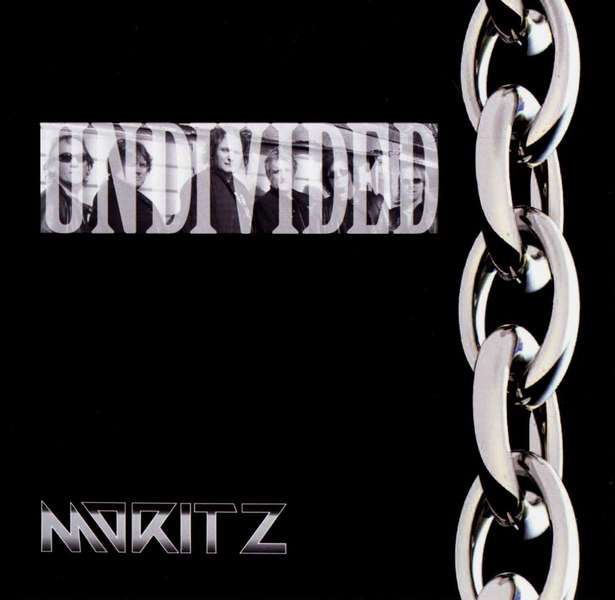 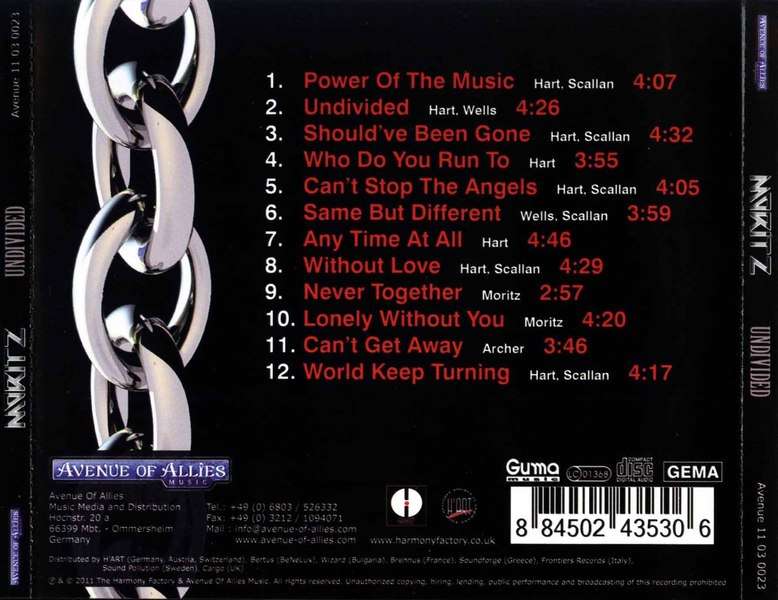 MORITZ - Formed in 1986 in London, UK. The band consisted of members from Icemon, Spitfire and LA Secrets(featuring Laurence Archer of Stampede/Grand Slam).Split in 1988 and Ian, Greg & Andy became the core of AOR band If Only while Peter went onto join Samson.The band returned in 2008 after the long awaited City Streets CD finally gained a release via the Harmony Factory label. The album consisted of the sought after so called Shadows of a Dream EP and some unreleased recordings. It received critical acclaim, prompting the guys to get back together.The band have reformed with the original line-up, and now MORITZ ARE BACK! Recording for the first time since 1988, their eagerly anticipated album UNDIVIDED is scheduled for release in May 2010. Consisting of twelve songs in the classic 80s AOR vein, the album is sure to delight existing fans and win over new AORsters! Available in CD format with lyric booklet and as a download from the ..Harmony Factory

Moritz are one in a very long line of "what could have been" bands. Coming together as far back as 1986, Greg Hart (keyboards, guitar), Mick Neaves (drums), Ian Edwards (bass), Andy Stewart (piano, keyboards), Pete Scallan (vocals) and Mike Nolan (guitar) released a 7" single and an EP, as well as putting together some excellent demos. Even though they produced a classy AOR sound that was more than commercially viable for the times, Moritz failed to land a record contract and only two short years after they were formed, they was no more, with some of the band going on to form If Only. Fast forward to 2008 and thanks to some journalist support, the album City Streets appeared containing the four tracks from the band's EP and four other songs lifted from demos. The response was so positive that the six men of Moritz decided to get back together again for another shot at AOR glory and the resultant album, Undivided, is a mixture of brand new songs and some from twenty four years ago that have been rerecorded.There is no denying that Undivided sounds more like another lost gem from the past than a brand new collection of songs, however if you have a soft spot for the likes of Survivor, Night Ranger, FM, Journey and in places the more pompy feel of Tobruk, then you will not be able to resist what Moritz have to offer. Whilst that list of bands also means that yes, you will have "heard all this before", I have to say that Moritz do it so well, that it really isn't an issue. On the strength of the atmospheric keys and upbeat guitars of "Lonely Without You", the keyboard punch of "Same But Different", or the heart string tugging ballad "Should've Been Good" it would be no exaggeration to suggest that if they had gotten the breaks, Moritz could be the household names that Journey or Foreigner are today. The twin guitar attack from Hart and Nolan adds a cutting edge to Andy Stewart's keyboard work, while in Pete Scallan Moritz have a singer that has the class of Lou Gramm, the histrionics of Steve Perry (without the glass shattering pitch) and the bluesy grit of Paul Rogers.Undivided is AOR of the highest order and maybe due to the fact that the band were there when this music ruled the airwaves, it has a real heart and soul that is often lacking from a lot of the newer bands in this genre, adding a welcome air of authenticity to the Moritz sound. Very classy indeed!