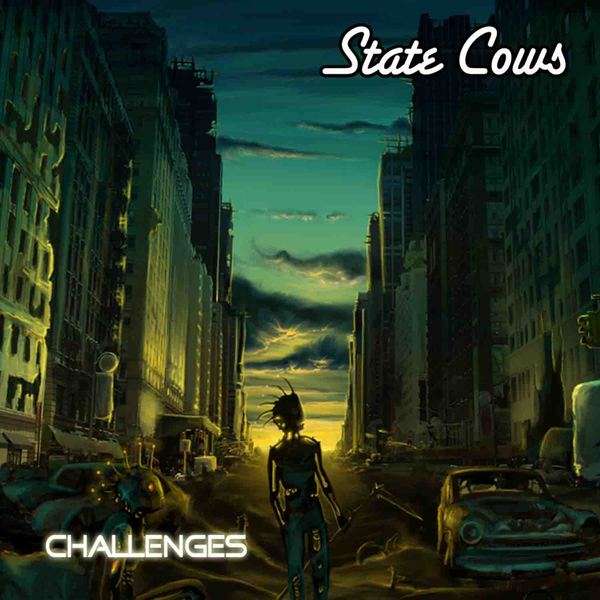 After releasing the album "Days in L.A." to rave reviews in 2008, Daniel Andersson and collaborator Stefan Olofsson decided to embark on a full-fledged, no-compromise Westcoast/AOR project. The project eventually turned into the band STATE COWS and an upcoming album of brand new songs. Smooth guitar lines, half-time shuffles, funky bass lines, slick harmonies, real Fender Rhodes, tight horn sections and some California sunshine ... it's all in there.Daniel Andersson is a singer/guitarist from Umeå/Sweden. Together with bass player Peter Starefeldt, he released the Westcoast EP "Strange Ways" under the acronym DP. While an exchange student in L.A. he had the chance to meet David Foster and Jay Graydon as well as do some recordings with, among others, Jason Scheff (CHICAGO) and Jimmy Haslip (YELLOWJACKETS). In 2008, he released his solo debut album "Days in L.A." based on his experiences in Hollywood. It was very well received by critics and the listening community.Stefan Olofsson is a keyboardist/bass player from Umeå/Sweden. He was a session player on "Strange Ways" and "Days in L.A." and released a solo album in 2003 entitled "Story of a Woman" combining elements of jazz, classical, progressive and Swedish folk music. He has worked with, among others, Jay Graydon and Jeff Richman. In STATE COWS he's taking a more active role of songwriting and production. He's also a member of art rock band DYNAMO BLISS, who released critically acclaimed "21st Century Junk" in 2010.The Swedish band State Cows release on the 2nd of October a digital EP named "The Second Seconds" containing four tracks. The songs are also included on the Japanese version of last year's album "The Second One".

Swedish combo STATE COWS is one of the current bands most faithful to the classic sound of early '80s West Coast AOR. They have a couple of full length albums and some EP's, however in recent time they joined the trend of releasing new songs as singles every 2 months or so. During the last year they put out 8 new songs (the last May 3), now compiled by themselves under the title "Challenges".Characterized for their crystal clear studio recordings with a clinical attention to detail in the style of the L.A. Session golden era, this new State Cows collection of songs is just another superb slice of smooth AOR.Darn, they even got the legendary Michael Landau dropping a sweet solo on one track here.Overall, many of the songs into "Challenges" are more AOR / melodic rock oriented than their previous work.Just check opener 'I Got the Message'; guitars are more muscular, the rhythm section more dynamic, and the vocals joyful / uptempo. And while follower 'Borrowed Time' - featuring a great Landau - are close to first half of ther '80s Toto, it's closer to their 'rocking side'.There's a classy State Cows ballad in 'Darwin Awards', a cool radio-poppy circa '84 tune in 'Ain't Nobody', and smoothness on 'Deportee' which is some kind of a mix between Player and Peter Friestedt."Waiting for Love" has a Kenny Loggins-like smell and perhaps Bill Champlin, and for the elegant midtempo ballad 'All Over' (in the vein of the Cows' first album) they invited the original guitarist on that album - Fredrik Lundgren - to play guitar on the track.The last song is also the last released as standalone single, 'Cease to Ever Have Been', a tune with a first half of the '80s aura, but somehow brings to my mind a song by Swedes Houston.If you go and turn on the radio nowadays there's a 99% chance to hear a programmed beat or auto-tuned processed vocals.Instead, push play to "Challenges" and imagine you're in 1982, and that FM airwaves come to your ears like a summer breeze.