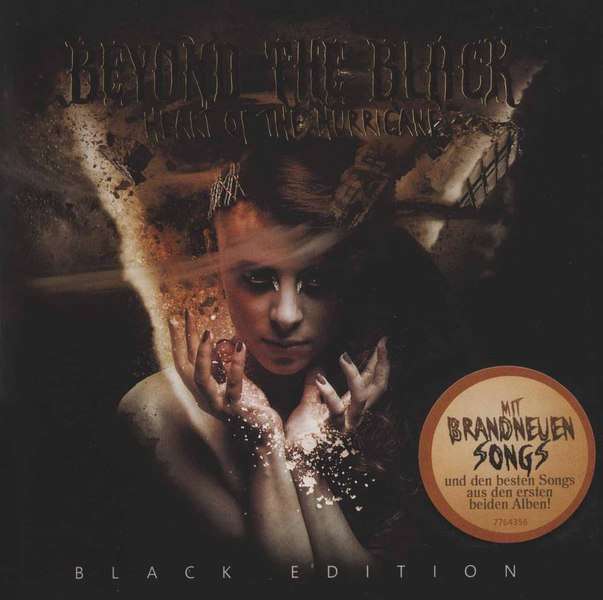 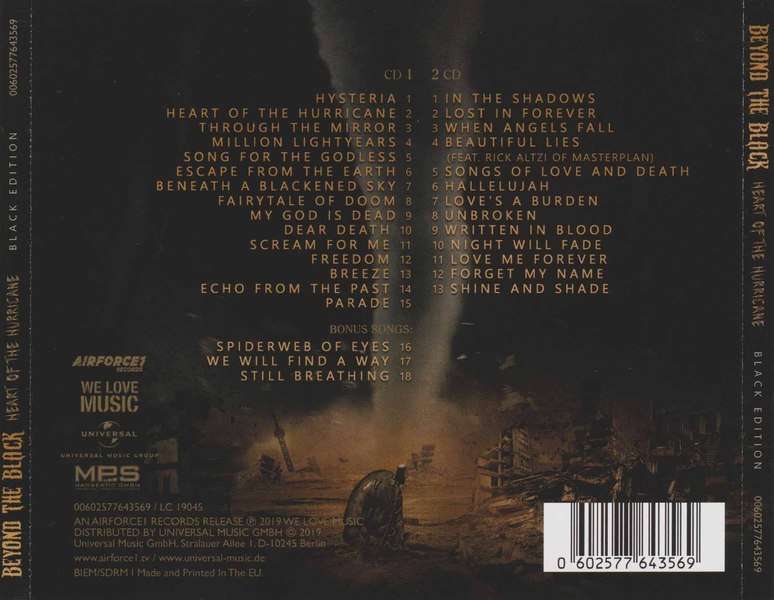 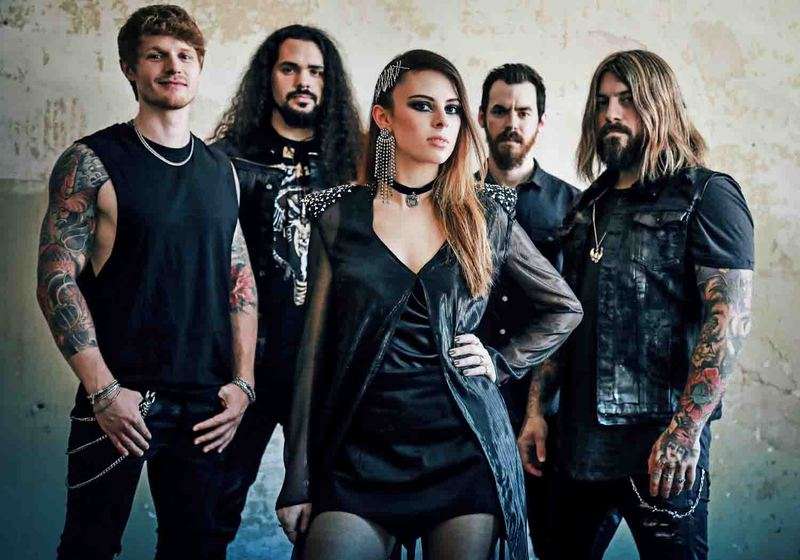 BEYOND THE BLACK To Release Heart Of The Hurricane / Black Edition; Includes New Songs And Bonus Album.Energetic, straight forward, uncompromising symphonic metal - with bonus tracks!After the great success of 2018’s Heart Of The Hurricane, Beyond The Black deliver a special gift for their fans worldwide, by re-releasing Heart Of The Hurricane as Black Edition with three bonus tracks and a "Best Of" CD compromising the best songs from their previous two albums.The three bonus tracks are no leftovers from some old recording session - they are consequent beacons leading into the future and all that is to come for Beyond The Black.Heart Of The Hurricane / Black Edition is out via Napalm Records on June 7 (Europe (excl. GSA), and June 28 (North America). The album is available as 2CD digipack and digital album.The first single and official video, “Through the Mirror” will be released Friday.Together with Heart Of The Hurricane / Black Edition, Beyond The Black’s first two albums - Lost In Forever and Songs Of Love And Death - will be physically released for the first time outside of Germany, Austria and Switzerland on June 7 (Europe) and June 28 (North America).Where others still lose themselves in colorful descriptions, this band has already set its next course and is heading with full force right into the "Heart Of The Hurricane". The title of the third album is metaphorically where Beyond The Black feel they are - and 2018 is going to be the year in which this charismatic outfit based around Jennifer Haben explores what they describe as 'the stylistic limitations of extremes: where on the one hand the screws of hardness are tightened again by several turns and on the other hand a previously unprecedented catchiness dominates the pieces.Beyond The Black continue with their unerring sense of gripping melodies, mixed up with pulverizing blast beats, rousing neck breaker riffs, epic keyboard passages and elaborately arranged strings and choral settings. From the atmospheric gloomy heaviness ("Through The Mirror", "My God Is Dead"), the band spans the stylistic arc of their distinctive metal meets medieval sound ("Scream For Me", "Song For The Godless") to the bittersweet acoustic ballad "Breeze". Together, the huge mix of elf-like vocals and deep-set growls create a bombastic widescreen production - from the heart into the fingers or "from the heart into the vocal chords", as singer Jennifer says.

+ Video "Through The Mirror" (Official Video)