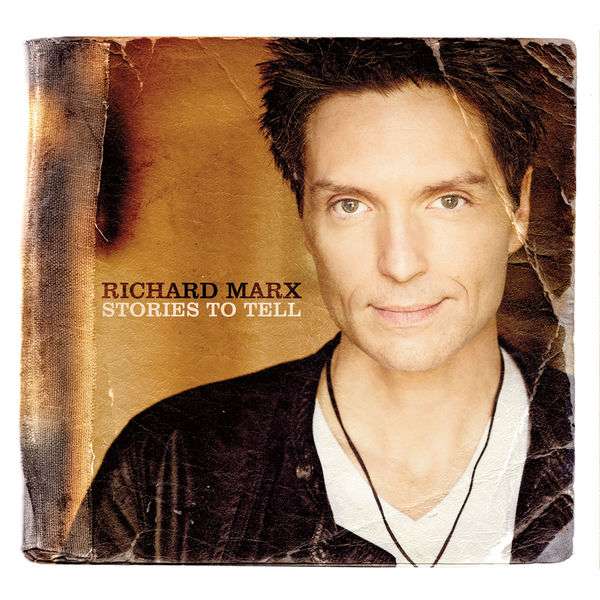 Richard Noel Marx (born September 16, 1963) is an American adult contemporary and pop/rock singer, songwriter, musician and record producer who sold over 30 million records. He had a stream of hit singles in the late 1980s and 1990s, including "Endless Summer Nights," "Right Here Waiting," "Now and Forever," and "Hazard." Although some of his major hit songs were ballads, many of his songs had a classic rock style, such as "Don't Mean Nothing," "Should've Known Better," "Satisfied," and "Too Late To Say Goodbye."Marx placed himself in the record books by being the first solo artist to have his first seven singles hit the Top 5 on the Billboard Hot 100 singles chart (3, 3, 2, 1, 1, 1, 4). His record sales worldwide exceed 30 million.Aside from songs that he has written, composed, and recorded for himself, he has written and composed, co-written and co-composed, and produced successful tracks for other artists such as "This I Promise You" by NSYNC and "Dance With My Father," which was Luther Vandross's very last hit. The latter song won several Grammy Awards.His 14th and latest chart topper, "Long Hot Summer," performed by Keith Urban, gave Marx the distinction of having a song he wrote/composed or co-wrote/co-composed top the charts in four different decades.

A couple years ago RICHARD MARX signed a new deal with label BMG that includes a global recording contract for new music, and his back catalog reissue. This ”Stories To Tell” double CD reissue features several Richard Marx songs from his previous albums in newly recorded acoustic versions, plus a brand new track.Originally the disc was available for purchase exclusively at Marx’s solo acoustic concerts. Later it was properly released, and there was a Walmart exclusive with a bonus disc.This special reissue replicates that out of print 2-CD Walmart release, with the addition of 3 bonus tracks.While the main album is pretty delicious – classic Marx songs with an unplugged treatment (his vocals, guitar and piano), the bonus disc also grabs your attention.CD 2 delivers ‘The Best Of Richard Marx (re-imagined)’: his most famous songs re-worked with his full band, how these tunes are in Marx’s head this decade in terms of sound / arrangements.Some are re-recorded with the same atmosphere, smoothness, etc, while others – especially the rockers – are more straight rock-on, with less processed guitars, more ‘straight from the amp’ vibe.All stupendous songs, you can’t go wrong with this one.