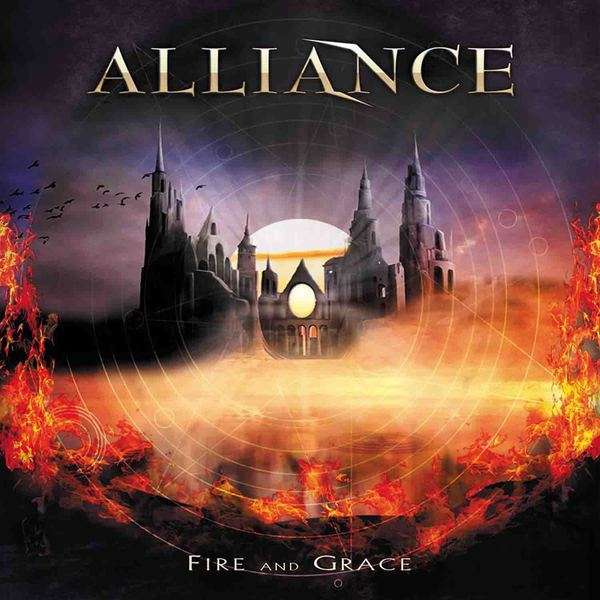 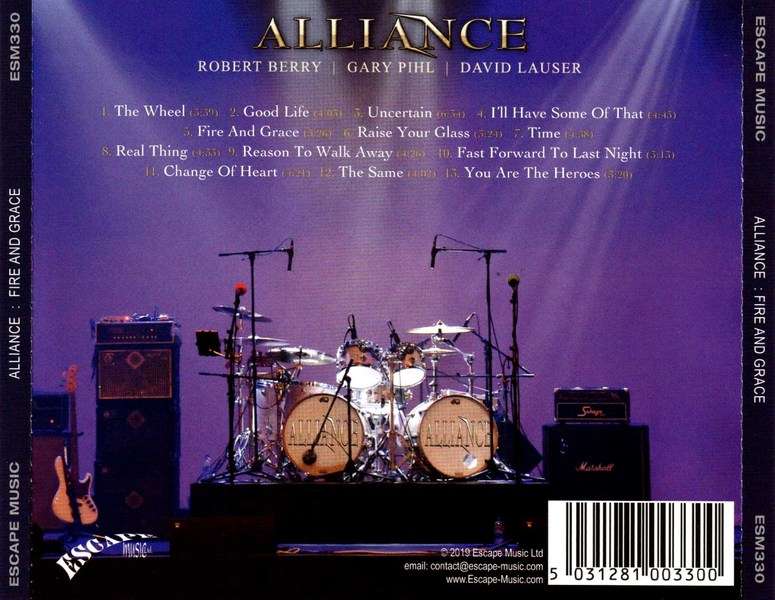 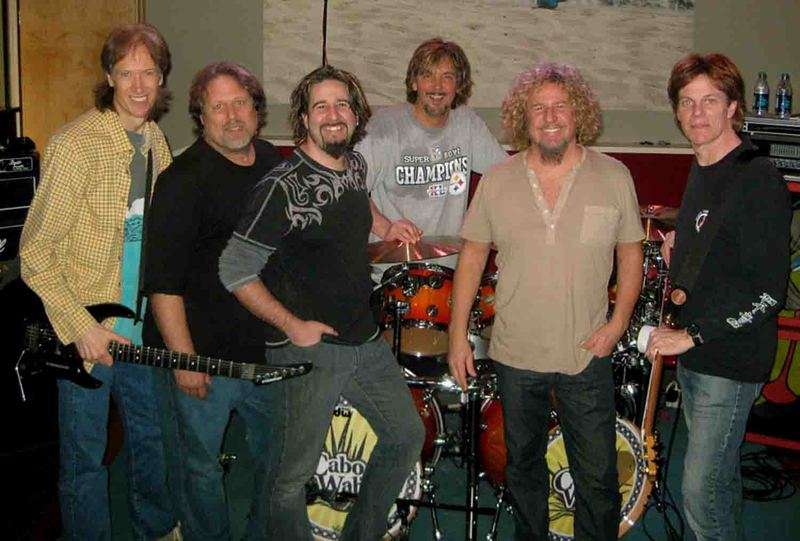 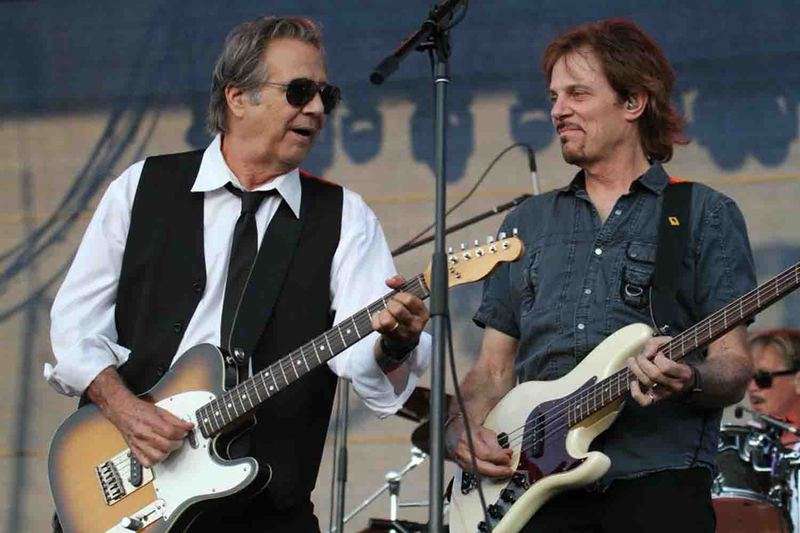 It is possible, maybe even likely that only keen-eared archaeologists of rock and those driven to dig deeper into the record racks will know of the great melodic hard rock band, Alliance. It would be news to some that their near thirty-year collaboration has previously yielded five highly regarded albums and that their almost secretively rare live shows could be counted on a single hand. Their new release, Fire and Grace on Escape Music LTD., the first in several years following Bond of Union (1996), Alliance (1997), Missing Piece (1999), Destination Known (2007), and Road to Heaven (2008) marks their 6th offering. You would be wrong to assume that the semi-occasional nature of their efforts indicates a lack of commitment or waning passion.For Fire and Grace, the core of the band remains the same with guitarist Gary Pihl (Boston), drummer Mr. David Lauser (Sammy Hagar) and bassist Robert Berry (3, GTR). The roots of their origin can be traced to Bill Graham’s place known as Wolfgang’s, in San Francisco. It was at Wolfgang’s that long time Sammy Hagar drummer David Lauser and keyboardist Jesse Harms were scouting for players while plotting their next moves after Hagar joined Van Halen. By chance, legendary Geffen Records A/R man John Kalodner had given Lauser demos from Robert Berry, a new artist being groomed by Geffen. Phone calls were exchanged, more demos were exchanged. Harms and Lauser traveled to Wolfgang’s to see Berry perform. Lauser liked what he saw, but things for everybody were about to get complicated. The forces of the Universe taking over. The new friends would have to wait for that first chance to play together as Harms hooked up with REO Speedwagon, Tom Scholz recruited Gary Pihl to join Boston, Berry was off to England to work with Steve Howe in GTR and later Keith Emerson and Carl Palmer. Mr. Lauser was immersed in recording with Hagar and other artists.

While vocalist, guitarist, and songwriter Robert Berry has been busy as of late, notably with 3.2 and All 41, we haven't heard from Alliance in some time. That some time dates back 11 years to 2008's Road To Heaven. Wow! Has it been that long? Yup. Now Berry reunites with band mates Gary Pihl (Boston, Sammy Hagar), David Lauser (Sammy Hagar) for the latest and fifth Alliance album, Fire And Grace, also once more uniting with UK label Escape Music.Once more we find the trio delivering a strong platter of classic AOR melodic hard rock. The Alliance sound is undeniable and infinitely accessible and entertaining. Song composition is at a premium: expansive songs built upon strong melodies and harmony, enthusiastic rhythm and groove, and then infused with Berry's strong melodic voice and Gary Pihl's soaring guitar solos.As for the songs, you will not be disappointed in the least. However, my digital promo download did come up short. It was missing one song, namely track four, I'll Have Some Of That. It must be lost in the Cloud somewhere. Otherwise, you'll find some brisk rockers with Reason, Fast Forward, and the short and roaring Raise Your Glass, complete with some gang vocals. More AOR groove comes with Time, and the symphonic and stirring Uncertain. Tunes get strong and heavier with Don't Stop The Wheel Turning and Real Thing. Alliance mellows a bit with The Same where the acoustic guitar suggests a ballad, yet the song rises to some solid melodic rock. Honestly, Fire And Grace is a fine return to form for Alliance, another creative and entertaining album of classic AOR melodic rock from this talented trio. Easily recommended.