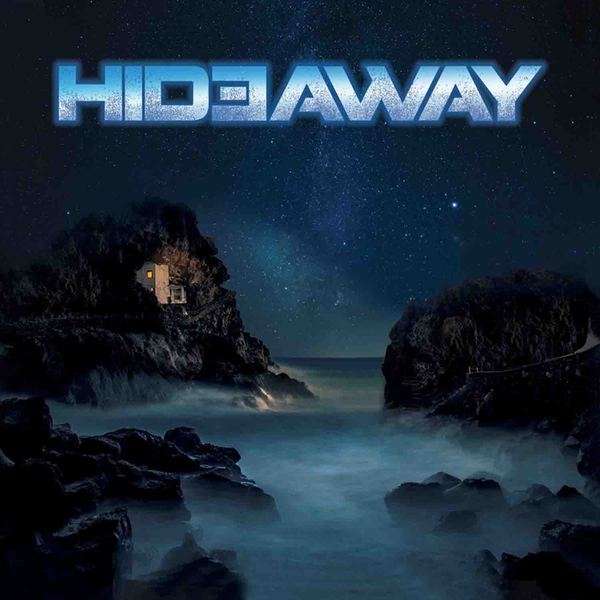 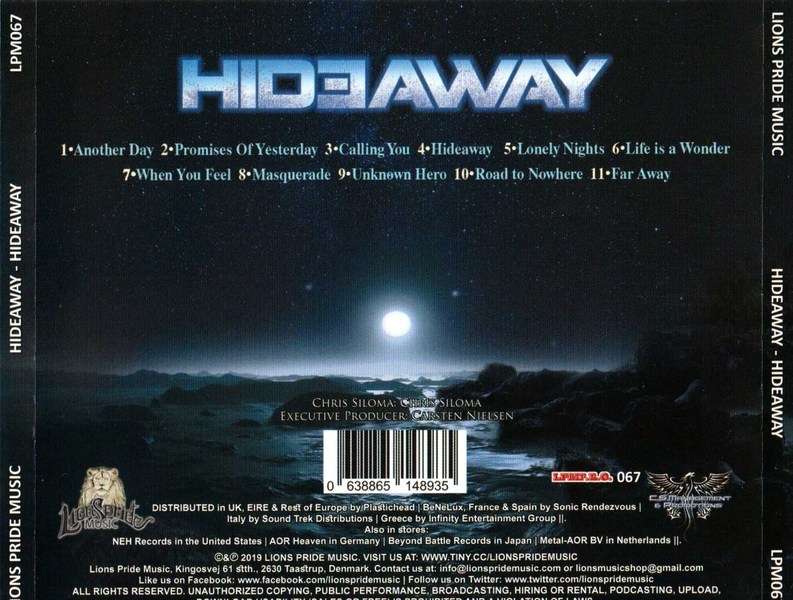 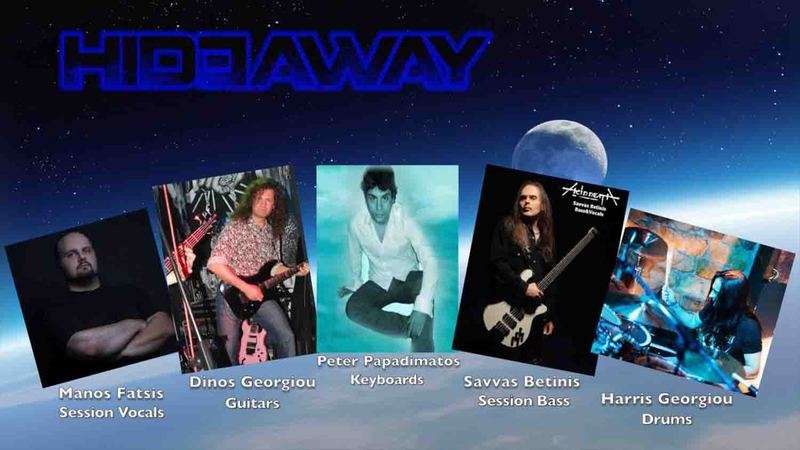 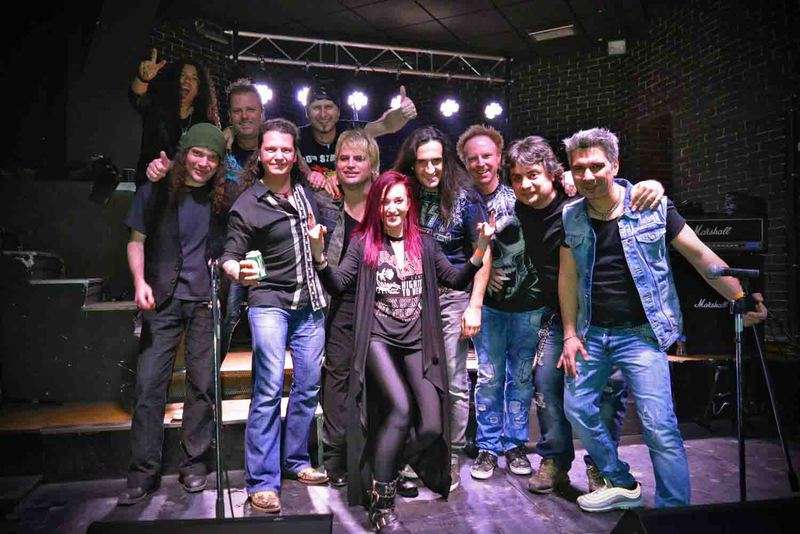 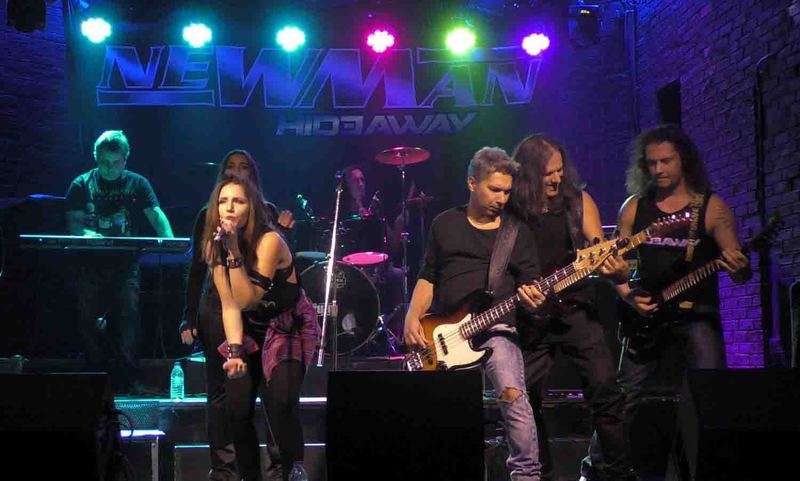 HIDEAWAY was formed in 2010 in Athens (Greece) by the guitarist Dinos Georgiou (ex-Metallist) and the keyboardist Peter Papadimatos. Later on, Harris Georgiou joined the band taking the place behind the drumkit. Over the next years, the band works on their songs and at the same time is in search of the rest of the members.This appeared to be very hard, especially for the most important post, that of the Singer, as the band had difficulty in finding permanent members.Despite that, Dinos,Petros and Harris decided, in 2016, not to give up but on the contrary, to move the band one step forward, which meant hiring a session Singer who would be able to understand their dream and deliver what they were looking for, concerning their music.They found Manos Fatsis, an experienced Singer in the era of Hard Rock and Metal and together they started working on their songs which finally, after all these years, began to sound as the band had wanted.At that time, Johnnie Kontos (ex- Flying Mercury) joins the band as the Bass Guitarist and one year later the band, in order to make their music sound more solid and thorough, welcome the guitarist Dimitris Paloudis (Rock Bottom) as the final piece of the Hideaway Puzzle.The band enters the studio for the recording of their first album in 2017 and a year later, they sign up with the Danish Melodic Hard Rock Label "Lionspride Music". Meanwhile the band introduces themselves to the greek audience by supporting in concerts great international and Greek Artists of their Music genre, like "Paul Laine", "Newmann" and "George Gakis".

Mixing classic AOR of all times with traditional melodic hard rock punch, “Hideaway” is the debut album from Greek combo HIDEAWAY, following the musical steps of country fellows Wild Rose. The band was formed back in 2010 by guitarist Dinos Georgiou (ex- Metallist) and keyboardist Peter Papadimatos. Later on, Harris Georgiou joined the band taking the place behind the drumkit. Over the next years the band worked hard on new material. The missing piece of the puzzle was to find a lead singer and they found the great Manos Fatsis, who presented his terrific Odyssey Desperado album last year.With the addition of Johnnie Kontos (bass, ex- Flying Mercury) and Dimitris Paloudis (guitars, Rock Bottom) the puzzle was completed and finally HIDEAWAY took its current shape. A record deal with Danish company Lions Pride Music was the next step and “Hideaway” came true.The opening tune of this debut “Another Day” is one of the highlights, and probably one of the best AOR / MHR songs of the year. A fast-paced and edgy tune that includes heavy guitars, a huge rhythm and, of course, a chorus line to die for. Really impressive opening (check out the video).Next, in “Promises” we have yet another superb tune. Imagine something between Wild Rose and Odyssey Desperado and you’ll get the picture. The melodic “Calling You” and the more ‘progressive’ “Lonely Nights” are two more great samples of Hideaway’s music.One of the best tracks here is without any doubt the commercial and feel-good “When You Feel”. A track that recalls the sound of the mid 80s / early 90s plenty of sweet melodies, hooks, and chorus to sing-a-long.The edgier “Masquerade” (with its huge guitar work) and the epic hard rock anthem “Unknown Hero” are pure melodic hard rock heaven as well.Greek melodic hard rock / AOR bands rarely disappoints – Wild Rose, Outloud, Odyssey Desperado, Osukaru – and now Hideaway join the list with one of the best debut albums of the year.“Hideaway” has ‘that sound’ of yesteryear and the golden days of the genre, but spiced with a punchy production.I love the songs, luv the classy arrangements, the sweet choruses, overall musicianship, and the bright sound.