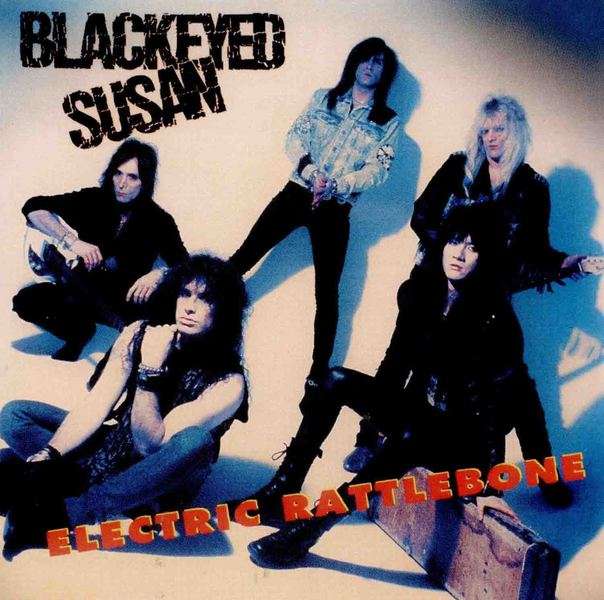 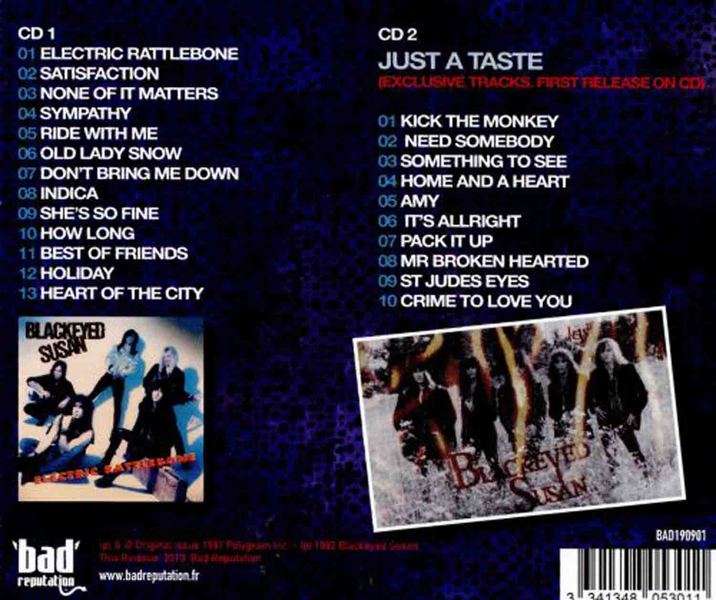 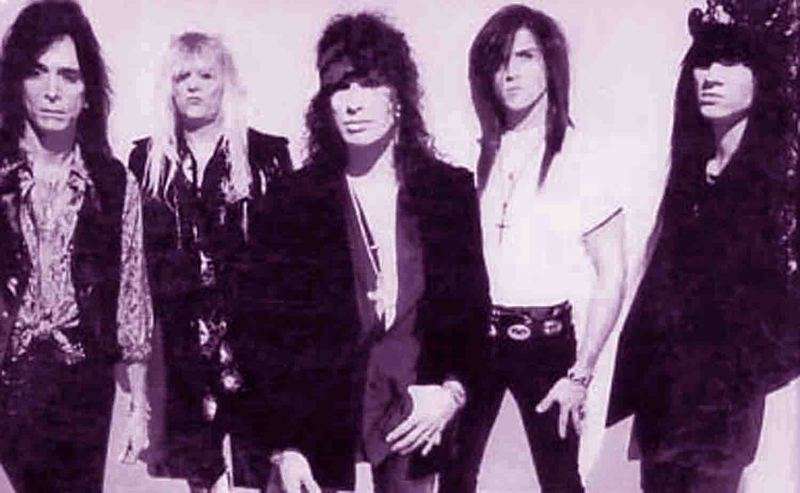 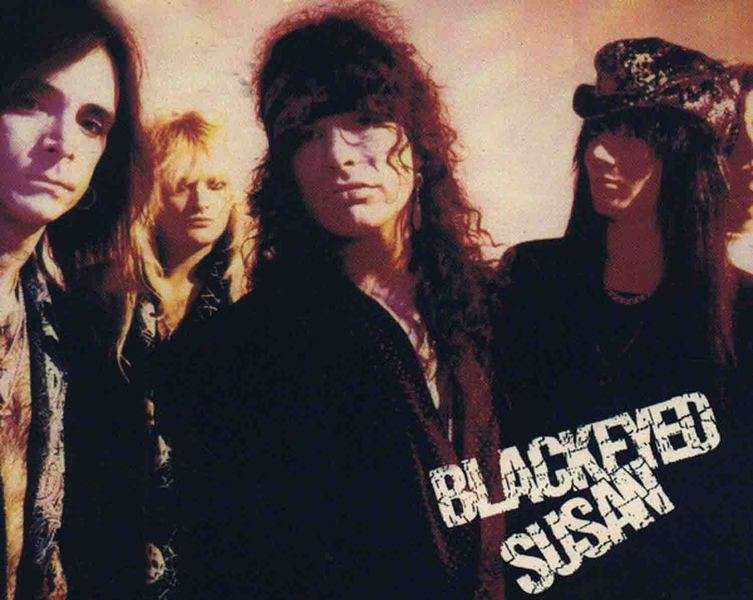 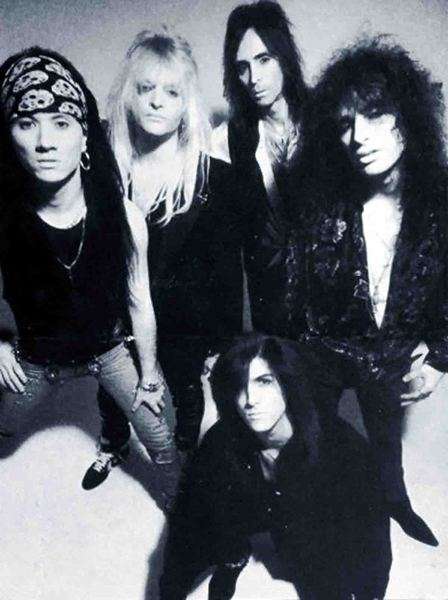 Blackeyed Susan is hard/blues rock/glam metal band from Philadelphia, Pennsylvania, USA, that was formed in 1990.The band split up in 1992.The band was formed by singer and guitarist "Dizzy" Dean Davidson after he left Britny Fox.Blackeyed Susan was formed in 1990 by ex-Britny Fox frontman Dean Davidson.Davidson brought in former Cinderella keyboardist Rick Criniti to play guitar.[4] Bassist Erik Levy and drummer Chris Branco rounded out the line-up.Compared to Britny Fox, Blackeyed Susan showed a more blues rock influenced sound than the bawdy glam metal of the former.The band released their first album, Electric Rattlebone, on Mercury Records in 1991.The album was a commercial failure, and Mercury pulled their support for the band while they were on tour. During the supporting tour, Rick Crintini was replaced by Jimmy Marchiano.Blackeyed Susan began working on a followup to Electric Rattlebone called Just A Taste in 1992, but the album ultimately became a demo.

Hard rockers BLACKEYED SUSAN were around between 1990 and 1992 releasing ‘Electric Rattlebone’ in 1991 on Mercury Records. Despite featuring Dean Davidson (Britny Fox) and Rick Criniti (Cinderella) they never really stood a chance as grunge was the big thing then.That album, plus the previously self-released (few cassettes only) second recording from 1992 ‘Just A Taste’, were released by Bad Reputation Records, fully remastered.Former BRITNY FOX frontman Dean Davidson put together a new outfit following an acrimonious split from his former band mates, amidst tales of punch ups in hotel corridors and accusations that the other members of the band had been more interested in playing Nintendo than rehearsing.Officially the reason he quit BRITNY FOX was, according to the biography released by Polygram, that he had been disturbed by a trend towards complacency and homogenization in rock n roll.Once BLACKEYED SUSAN had been put together no less than 8 record labels were beating a path to his door… Amongst the first to join Davidson in this new venture was guitarist / keyboardist Rick Criniti who had previously been a side-man with CINDERELLA, whilst bassist Erik Levy’s main prior claim to fame had been designing the BRITNY FOX logo.The band’s debut album “Electric Rattlebone”, released almost a year to the day Davidson quit BRITNY FOX was produced by Randy Cantor. Taking their cue from the Seventies arena rock, BLACKEYED SUSAN travelled the bluesy hard rock path but had enough of their own originality to compete on a level playing field.The style on “Electric Rattlebone” is bluesy hard rock with a production sound so in vogue in the US around 1990-91: all pristine clear, melodic.The band split after Mercury pulled the plug on their tour support whilst Davidson & Co, were out on the road in America with BULLETBOYS and THE SCREAM in late ’91.However, Davidson recruited new musicians and recorded a new album, ‘Just a Taste’, where the bluesy sound resulted augmented. ‘Just a Taste’, never was properly released, and here’s it’s completed and freshly remastered.Great rocking stuff. flesh & blood, from the heart.Be aware there’s fake versions of this Bad Reputation release floating around; this is the REAL one.