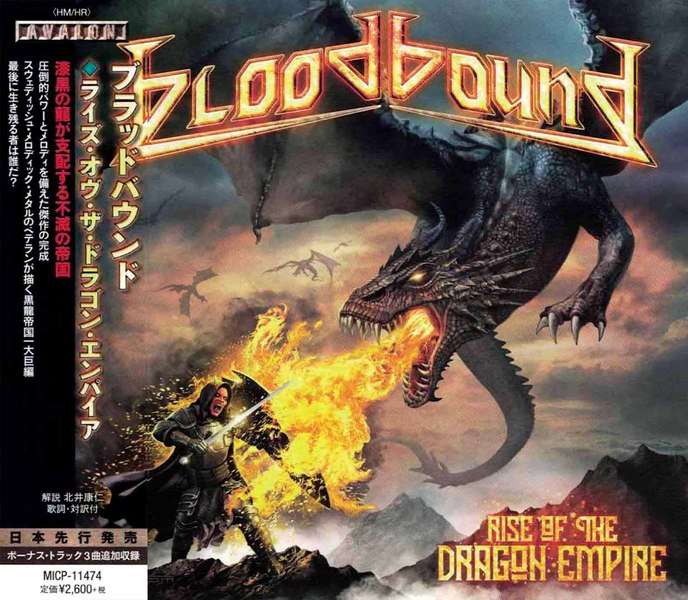 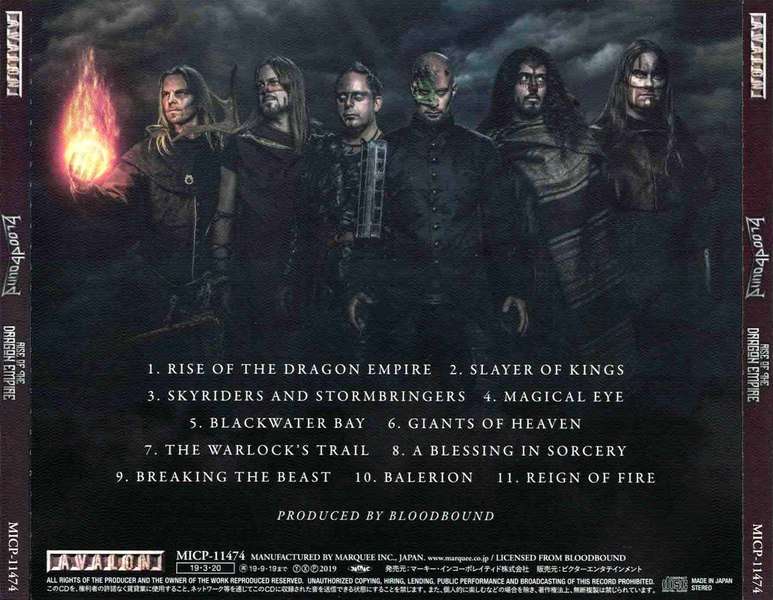 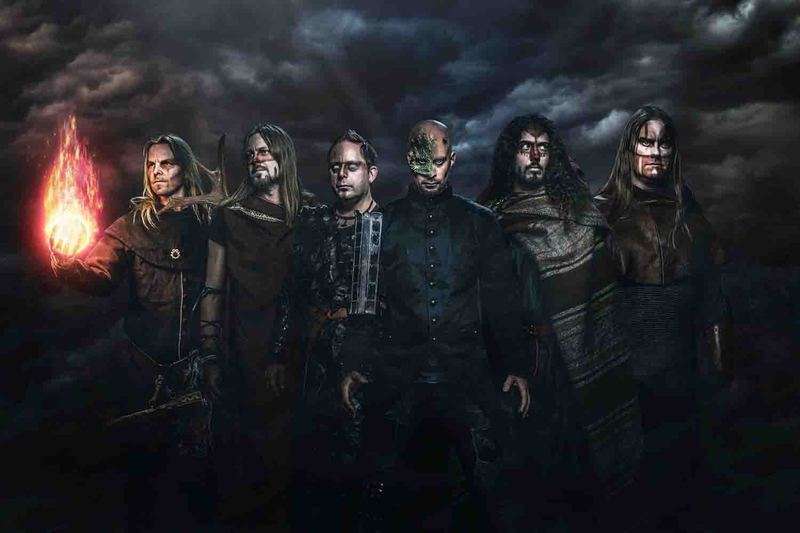 Bloodbound is a Swedish power metal band formed in 2004. They released their first album, Nosferatu, in 2005 and their second, Book of the Dead, in May 2007. The brainchild of former Street Talk members Fredrik Bergh and Tomas Olsson, the band has also included Michael Bormann (Jaded Heart), Urban breed (Tad Morose) and Pelle Åkerlind (Morgana Lefay). Their debut album Nosferatu featured former Tad Morose singer Urban breed on vocals. Released on 16 December 2005 (in Japan; European release date 24 February 2006), Nosferatu features artwork by Mark Wilkinson (Iron Maiden, Judas Priest, Marillion) and received an early rave review from the Swedish rock magazine Power Play. Based solely on the strength of their debut album, the band opened for Evergrey and headlined day one of the Gothenburg Metal Festival.After Urban breed announced his departure from Bloodbound in fall 2006, former Tad Morose singer Kristian Andrèn briefly joined the band for some live dates. In March 2007, they announced their new singer, German Michael Bormann, who laid down vocals on the band's second album Book of the Dead. Bormann, however, played no live shows with Bloodbound: for their first performance after releasing Book of the Dead (9 June 2007 at Sweden Rock Festival), Urban breed handled the vocal duties. Urban also performed with the band at subsequent shows, including Bollnäs Festivalen, 21 July 2007. Bloodbound played two sets, both backed up by a symphony orchestra. For the second set they backed Paul Di'Anno of Iron Maiden fame. In October 2007, they announced that original singer Urban breed had officially re-joined and would sing during the band's tour in support of HammerFall. On 13 April 2010, breed announced on his forum that Bloodbound had decided to continue with another singer, ending his second tenure with the band.Despite the band's apparent black metal image (the band members have worn make-up in the "corpse paint" style in the promotional photos on their albums and Web site, and during some live shows), Bloodbound's music does not fit into the black metal category. Instead, it is more similar in style to power metal bands such as Helloween and Iron Maiden, although the lyrics sometimes approach darker subjects.In 2009 the band signed a worldwide deal with the label Blistering Records for their third album release, titled Tabula Rasa. The album was set for release on 26 April 2009.

Two years after their first chart entry in Germany with "War Of Dragons" and an almost completely sold out headliner tour, Bloodbound is back with its eagerly anticipated new album "Rise Of The Dragon Empire". One has to make a compliment towards the six Swedes as "Rise Of The Dragon Empire" is full of hits, hits and again hits! The band further refined its formula and now comes up with the best material in its entire career. Even if Bloodbound adds its own taste, "Rise Of The Dragon Empire" will not only thrill its numerous fans, but also fans of Sabaton, Powerwolf and even Nightwish.I may or may not be a spoiled Power Metal fan. Let's face it I was bombarded by bands and albums in the mid to late nineties. I might not have been the biggest Power Metal fan back them (my older brother was). I discovered so many bands back then and as a Metal fan since 1993, I was not keen on the style and it took me a number of years to truly appreciate some of the bands (lets be honest, not all bands are good). I may have been out of the loop a bit in the last few years in the genre. I have broadened my horizons so to speak and I do listen occasionally to some Power Metal and I do crank my stereo sometimes while listening to some of the classics I grew up with. So that may be one of the reasons why I tend not to be impressed with what is out there nowadays. Like I said, I may have been too spoiled for my own good. Well in this case, I was really surprised by the quality of the material and the musicians at hand.BLOODBOUND have been at it since 2004 and have consistently come up with albums at almost each two years. They had a lot of lineup changes in the first decade of their existence with a number of different vocalists but now I think they are much more stable group right now. The dragons are back! They released ‘’War of the Dragons’’ in 2017 and now they are back with a vengeance with ‘’Rise of the Dragon Emperor’’. Continuing on their path to Power Metal greatness, they outdid themselves. When they added Daniel Sjogren, I think it may have forged their permanent sound, he used to be the live drummer of SABATON and you can definitely hear a bit of that band in many songs on this album.If it ain’t broke, don’t fix it. Well, that’s the case here. They are not reinventing the wheel, what they are doing is continuing to progress as musicians and their albums are getting better and better. I am going to dive deep in their back catalog as soon as time permits me that’s for sure. This is the first Power Metal album to knock me off my feet since the first two GLORYHAMMER albums in the last few years. There is no bad song on this album, everything has its unique feel. Yes you can see the influences from bands like HAMMERFALL, STRATOVARIUS, RHAPSODY and whatnot but they bring it up a notch. The singer is on point, one hell of a range, actually reminds me of the aforementioned singer of GLORYHAMMER. He can belt it out and you can hear the lyrics crystal clear.The album goes swiftly, I think I listened to the album like 4 times in one day because it’s that good. It had been almost of lifetime since I listened to something this good in a genre that has had its fair share of ups and downs. If they come here to Montreal, I will definitely check them out. They are the next big thing in Power Metal bar none.