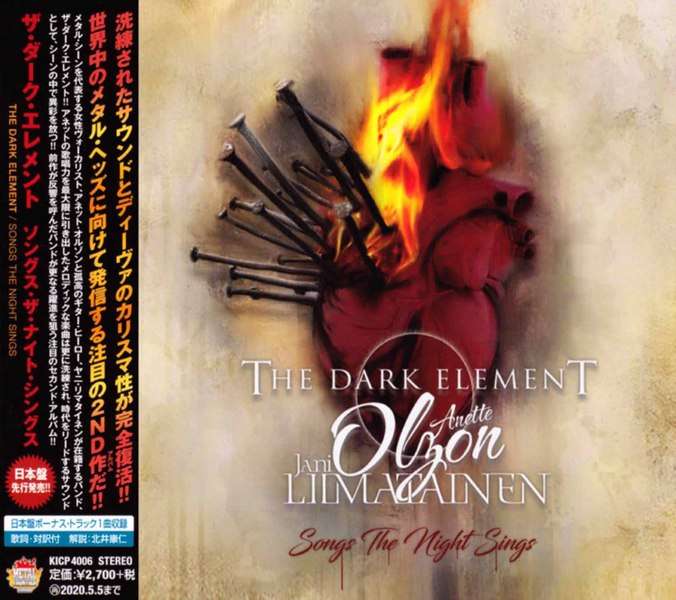 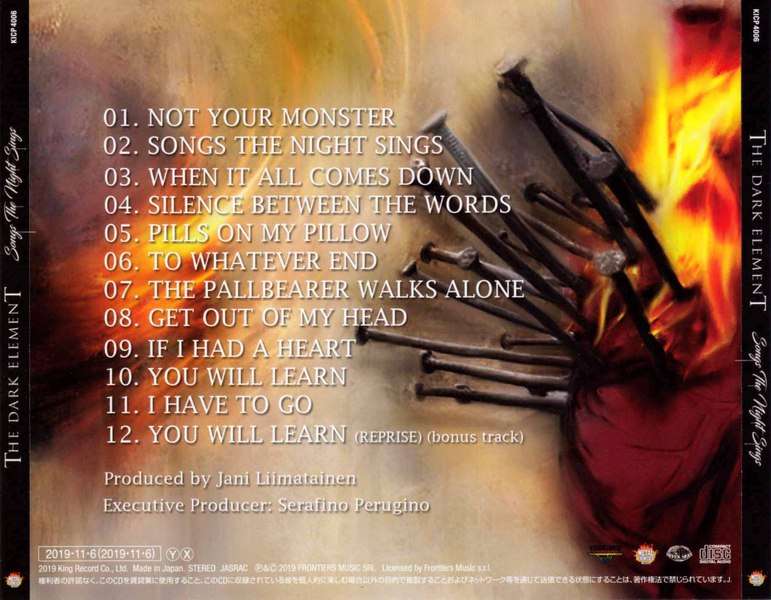 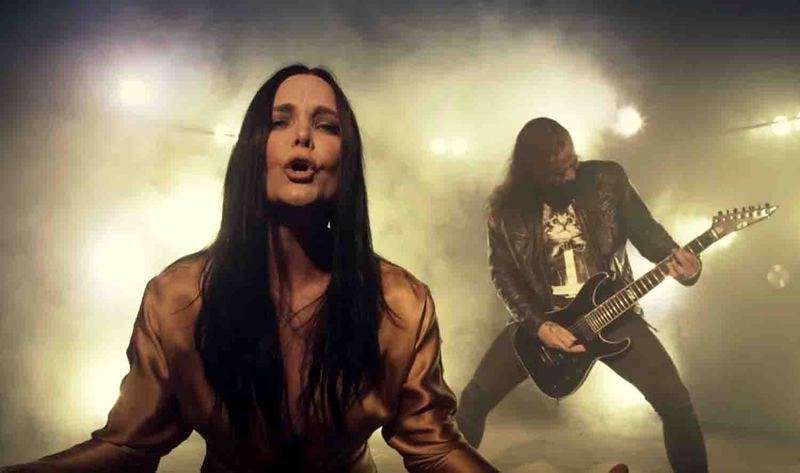 The DARK ELEMENT is a new musical project fronted by the former Nightwish vocalist Anette Olzon together with Finnish guitarist and songwriter Jani Liimatainen.Since word of this project got out, fans have been frothing at the mouth with anticipation for it’s arrival. And no wonder considering the talent involved! Anette is widely known for being the immaculate voice on the hit albums from Nightwish, “Dark Passion Play” and “Imaginareum”. Jani has recently been busy in Cain's Offering alongside Stratovarius singer Timo Kotipelto, but left a deep mark on the minds of all power metal fans thanks to his time in Sonata Arctica.Jani Liimatainen: "I have always been a big fan of Anette's voice and when the opportunity to work with her arose, writing and producing an album, it was something I just couldn't say no! It has been a blast working on the songs and I can't wait for everyone to hear the final result. This will be epic! The songs are extremely melodic and to the point. My goal has been to write catchy songs with hooks that will haunt your dreams, and I think it's pretty much 'mission accomplished'. Stay tuned for something special!"Anette Olzon: "I am so looking forward to this album and I believe our collaboration worked like a perfect match and I am really happy that Jani and Frontiers asked me to do this with them!"

“Songs The Night Sings” takes off where the self-titled debut left off, with immaculate vocals from Anette and fabulous anthems written by Jani."It’s a thrill that we’re releasing yet another album and for me it’s been even easier to record this one since me and Jani now know each other really well. For me, this album is bigger and better and I believe the ones who liked the first one will really like this one too. All I can say is that I already long to do another album", says Anette.Jani adds: "I think the album is very heavy, but still hyper melodic, and this time we are even exploring new musical territories we didn't on the previous album. Now that Anette and I have one album together under our belts, we have found the style we want to pursue and also the ideal way of working together. Given all this, I think it's safe to say that with this album you'll get even more of what made the first album so good, only it's gonna be bigger, better and bolder!"The Dark Element made their live debut in June 2018 at the Sweden Rock Festival in Sölvesborg. They also completed a short Japanese tour and performed at the Frontiers Rock Sweden festival in October at Fryshuset Klubben in Stockholm. More tour dates are planned for this upcoming album, so expect to see the band on stage again soon.Since word of this project initially got out, fans were frothing at the mouth with anticipation for its arrival. And no wonder considering the talent involved! Anette is widely known for being the fabulous voice on the hit albums from Nightwish, “Dark Passion Play” and “Imaginareum”. Jani has recently been busy in Insomnium as well as Cain's Offering alongside Stratovarius singer Timo Kotipelto, but left a deep mark on the minds of all power metal fans thanks to his time in Sonata Arctica. The resulting debut album released in November 2017 took no time to prove that the resume of the individuals involved did indeed add up to the musical output.