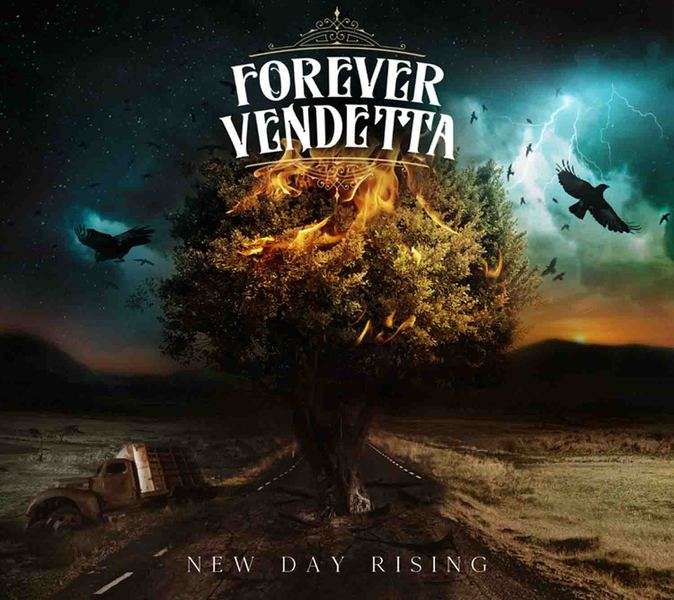 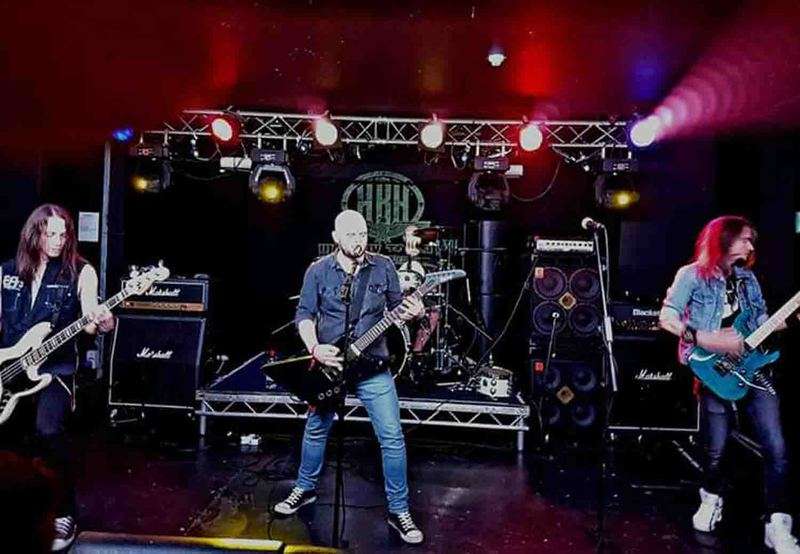 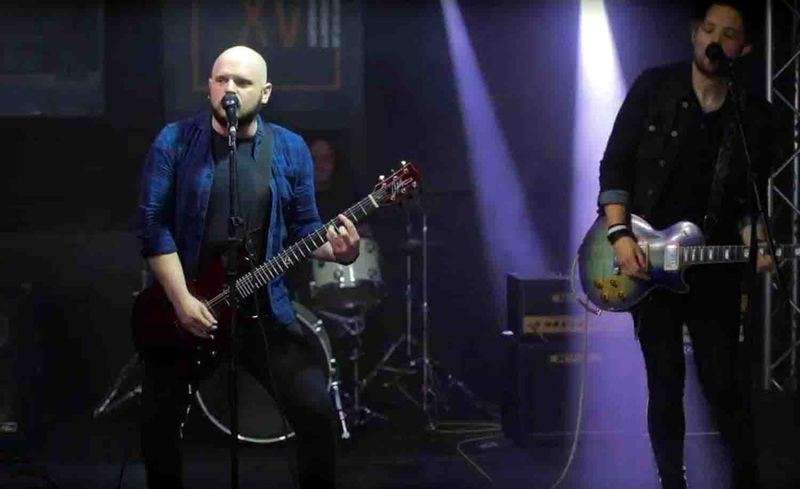 Forever Vendetta are a hard rock quartet from Swansea in South Wales. If you think you’ve heard the name before, you could well be right. Between 2008 and 2011 you would have seen them tearing up stages all around the UK and sharing stages with artists such as Hardcore Superstar, Enuff Z Nuff, LA Guns, Tigertailz and more.Fast forward to 2019, the band is back after a long hibernation and ready to rock once more.With a refined sound, cutting riffs and anthemic chorus hooks, Forever Vendetta are back and they’re taking no prisoners.Vocalist/guitarist Chris Tippett and bassist Liam Alonzi are once again rejoined with original lead guitarist Leigh Fuge and newly recruited drummer Gareth Hunt (Buffalo Summer / Lethargy). A trimmed back line up, a lean, mean, hard rock machine.Their new album New Day Rising is 11 tracks of riff fueled, feel good rock and roll. From downtuned heavy grooves to Motown flavoured ballads, this album takes the listener on an emotional rollercoaster of love. hate, heartbreak and revenge. Recorded, produced and mixed by Leigh Fuge at his own studio, the band decided to self finance and self release their comeback to music world.

It’s always great to discover new bands and even better when it’s local talent so it was a pleasure to get to listen too the debut album by Swansea band “Forever Vendetta” titled “New Day Rising”.The band consists of Leigh Fuge – Guitar (Leigh also produced and mixed this record at his home studio), Chris Tippett -Vocals/Guitar, Liam Alonzi – bass and Gareth Hunt – Drums.While this is the band’s debut album they have been around a while and released a couple of eps in the past before taking a hiatus but are now back older and wiser which for fans of loud rock music is a more than welcome return.The album kicks off with the instrumental track “Unbreakable” and is an atmospheric gem that showcases the band’s musical chops.“Come Alive” is up next and is a belter of a track with a great riff and pounding drums and slamming bass. Chris’s vocals are loud crisp and clear and the whole band gels together to create a glorious hard rock racket and it’s easy to understand why the band picked this song for their first video off the album.“Easy Way Out” has the unrelenting quality that doesn’t dip for a second with a great anthemic chorus and some quality guitar work from leigh.‘Just Can’t Quit You’ starts off with a great drum and bass groove before the acoustic guitar kicks in and this track is a slower-paced gem that showcases the quality and strength of Chris’s vocals.‘Takin it back’ starts with a guitar riff which builds up slowly to a thunderous hook laden rocker of a track that grabs the listener and does not let go.On ‘Roll It On Back’ and to these ears has a modern rolling stones vibe to it and is just a great Rock’n’Roll track which showcases the band’s versatility at trying different sounds while still retaining their own chemistry.‘Don’t’ is a great ballad and is an excellent showcase for Tippett’s vocals and also how tight the band is.‘Snake oil Saviour’ is a beast of a song with a great guitar riff from Lee and a fantastic bassline that locks in with some thunderous drumming and is a song that wouldn’t sound out of place on a classic Cult album.‘Secret Tongues’ blasts out of the speakers and grabs the listener’s attention instantly with a great hook and chorus. ‘Not Your Hero’ is a groove-laden sonic assault with yet again a great bass and drum intro before a terrific guitar riff kicks in and with top quality vocals over the top and a stunning chanting chorus with another ripping solo making sure the quality doesn’t dip for a second.That leaves us with the final track which is also the album title as ‘New Day Rising’ makes sure that this album finishes off with a bang. Dare I say a modern rock masterpiece.Overall this is an excellent album with some stunning songs which I’m sure on repeated plays will have me going back for more. I hope to catch these guys live sooner rather than later and hear these tracks in a live setting where they’ll sound even bigger and better.So, support the album and support original music in these trying times, we need the power of music more than ever as a new day is indeed Rising.