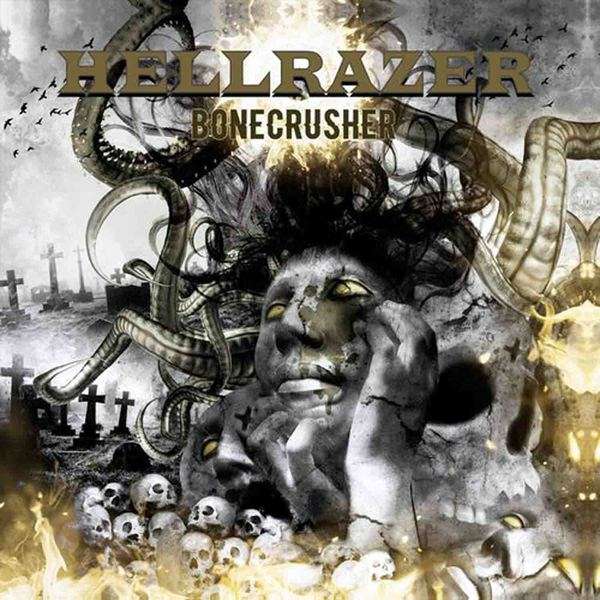 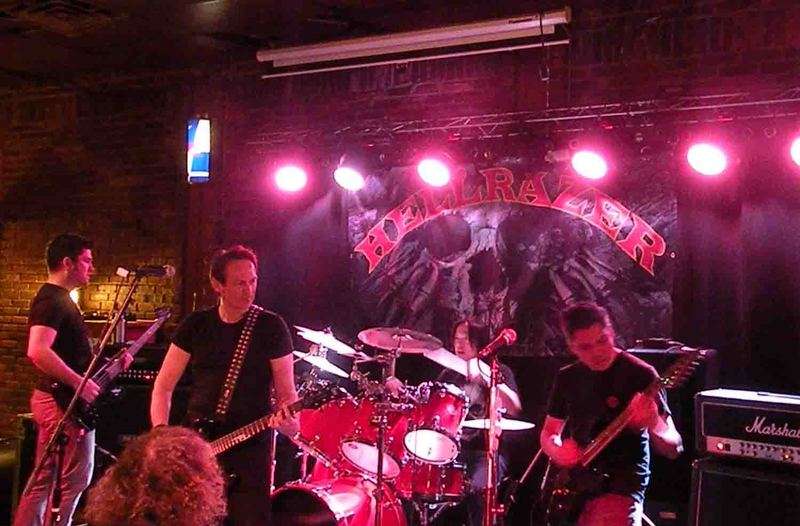 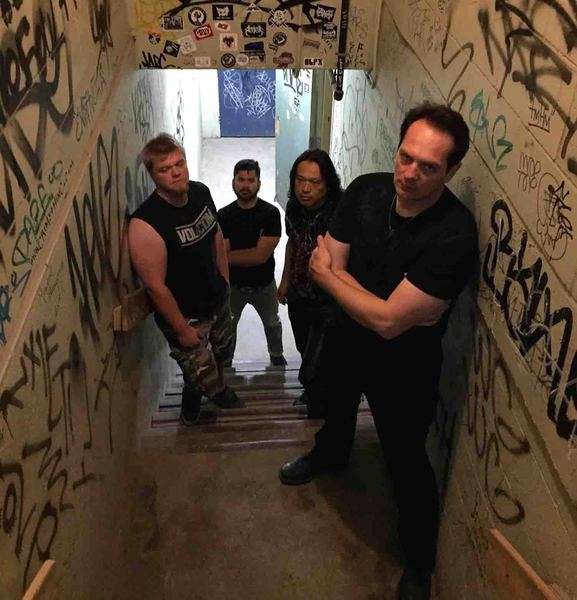 Hellrazer’s style can be described as classic NWOBH metal, with influences ranging from Judas Priest and Iron Maiden, to European powermetal bands such as Gamma Ray and Hammerfall. The band was formed in mid 2004 by guitarists Gerald (DrZ) Zamponi and Hoss. After recruiting bassist Rob Pinnegar and current drummer Shigeki Tsutsui (a.k.a. Kegger), the band began to focus on writing original material rather than being a cover band. In 2006 Hellrazer released a three track demo, followed by a full length album entitled "Hellrazer" in 2007 which featured ten tracks. The CD received airplay from various internet radio stations, as well as Calgary’s CJSW. As a result, Hellrazer songs were featured on several compilation CDs, including one released by Metalmatanza Radio (Buenos Aires).In late 2008, two original founding members left the band, and were replaced by lead guitarist Stan Nakanishi and bassist Dan Houser who are featured on Hellrazer's second self-produced CD entitled "Prisoner of the Mind". The album received overwhelmingly positive reviews around the globe, and charted well on a number of Canadian university and college radio stations. Hellrazer played numerous shows in Alberta to promote the CD. The CD was nominated for best album cover art at the Alberta metal music awards.In 2010 Dan Houser moved to Toronto, leaving the remaining band members to focus on writing new material while embarking on a search for a new bassist. Hellrazer auditioned a number of bass players before selecting Simon Hirota. During this period, the band was noticed by Dust on the Tracks Records who signed Hellrazer for the release of their third album entitled "Operation Overlord". The album was recorded at Alchemy studios and features 10 metal anthems plus two re-recorded songs from the band’s debut CD as bonus tracks. For mastering, Hellrazer recruited legendary producer Michael Wagener, and the album was released in 2013 and distributed by Universal and Sony music, respectively in North America and Europe. "Operation Overlord" received numerous glowing reviews. The band was short-listed for a Western Canadian Music Award for best metal recording and invited to play at the Break out West Music Festival. Furthermore, the album charted in the top 20 in the Earshot Loud charts for 2014 and was selected as one of the top 10 metal albums for 2013 by Calgary’s CJSW radio station.In December 2014 Stan amicably departed the band and has since been replaced by Jim Rogers. Since then Hellrazer have been working on their fourth album entitled "Bonecrusher" that was just released in 2019. Once again recorded at Alchemy Studios by Jeff Muller, the album was mixed and mastered by Dan Rogers. Bonecrusher features metal icon Ralf Scheepers (Gamma Ray, Primal Fear) as guest lead vocalist on the metal anthem "Metal Heavy".