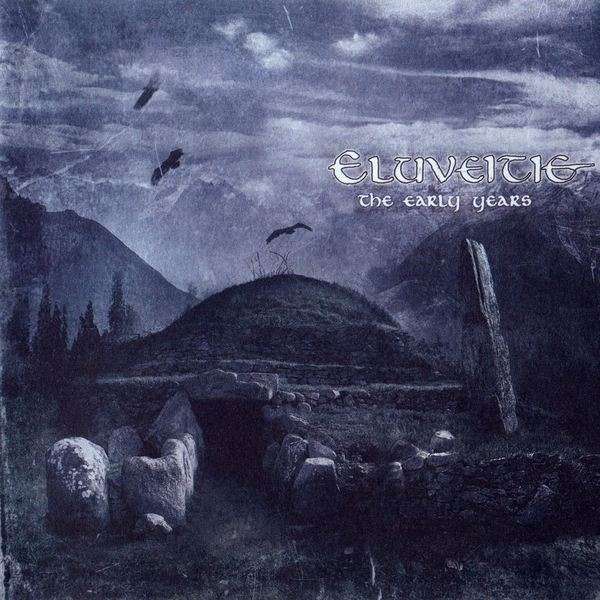 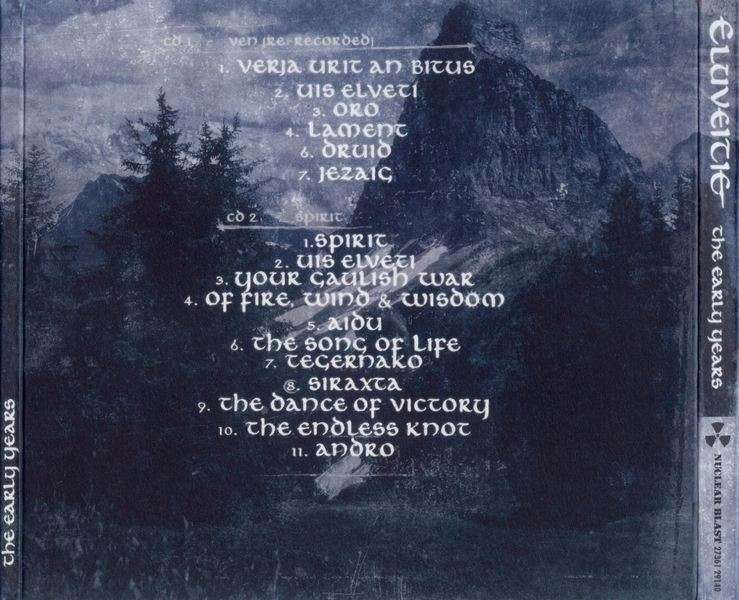 Eluveitie (/ɛlˈveɪti/ el-vay-ti)is a Swiss folk metal band from Winterthur, Zurich, founded by Chrigel Glanzmann. The band was formed in 2002 and their first EP, Vên, was released in 2003. Vên was a studio project of Glanzmann's, but its success led to the recruitment of a full band. They describe themselves as "The new wave of folk metal". The band then released a full-length album, Spirit, in June 2006. In November 2007, Eluveitie was signed by Nuclear Blast.The first product of the collaboration, Slania, was released in February 2008. The album peaked at number 35 in the Swiss charts and number 72 in the German charts.Eluveitie use traditional instruments amidst guitars and harsh vocals. The lyrics are often in the extinct ancient language Gaulish. The name of the band comes from graffiti on a vessel from Mantua (ca. 300 BC).The inscription in Etruscan letters reads eluveitie, which has been interpreted as the Etruscan form of the Celtic (h)elvetios (“the Helvetian”),[11] presumably referring to a man of Helvetian descent living in Mantua.

The Early Years is the second compilation album by Swiss folk metal band Eluveitie. It was released to mark the 10th anniversary of the band and the compilation contains both re-recorded songs from their EP and demo Vên and also all the tracks from their first studio album Spirit.And suddenly they were there; Eluveitie. They were at various Pagan- and Heidenfests, grew steadily in popularity up until today, where they’ve become one of the biggest bands in the folk-metalgenre. Yet it has been a long way to the top. The band has been around for 10 years now, and to celebrate this Eluveitie releases ‘The early years’.‘The early years’ has become a collection of their demo “Ven” and the first full-length ‘Spirit’. Where Vên is completely re-recorded with the current line-up, spirit only gained a re-mastering with a new and fresh production.This release shows immediately how much Eluveitie is grown in the past few years. Especially Vên, where all the songs are re-recorded, sounds amazing. On the demorelease, the ideas were good, but the musical elaboration wasn’t that great. Luckily this has been compensated on this release. Songs like ‘Uis Elveti’ get finally the attention they deserve with a crisp production and a fresh and modern sound we’ve known from Eluveitie since the last 3 album. It has been a very good choice to re-record these songs, since they sound better without losing any of the splendor we know from these songs.The other part of the album, ‘Spirit’, is only re-mastered. The difference with the original songs is not that big. The production sounds a little fresher, and the songs sound slightly better.All in all, Eluveitie delivered excellent work. This CD is ideal for new fans who just got to know Eluveitie, and aren’t yet familiar with the old work. The old fans also get some neat stuff with all-new versions of the oldest songs of Eluveitie. A nice, balanced birthday present from Eluveitie!