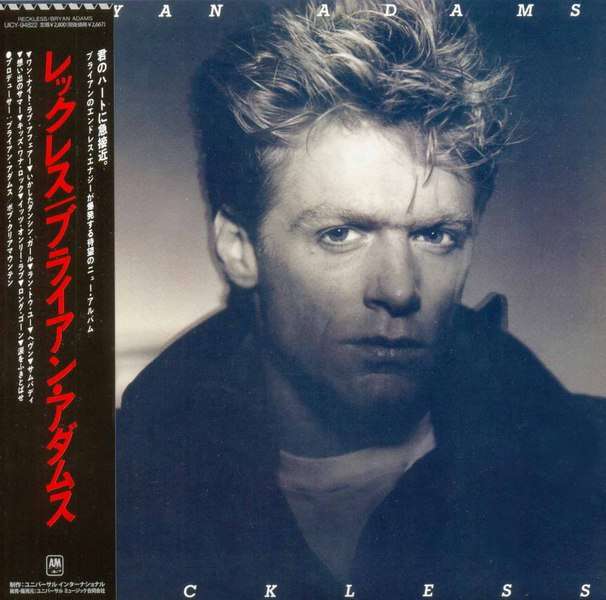 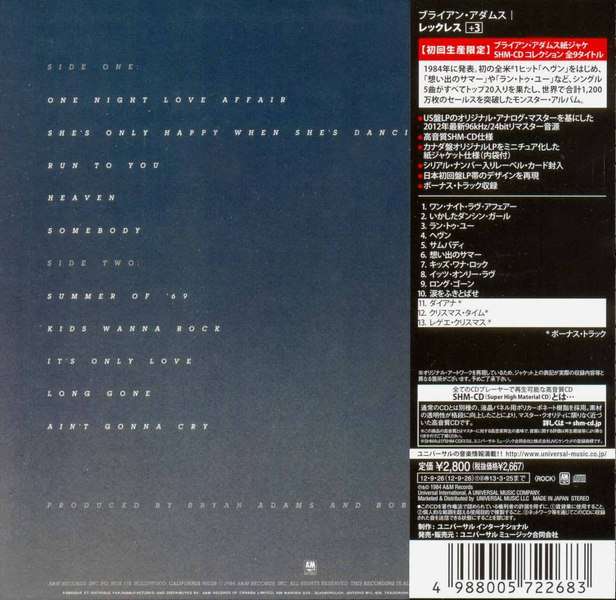 Bryan Guy Adams, OC OBC (born 5 November 1959) is a Canadian singer-songwriter, musician, producer, actor, social activist, and photographer. Adams has been one of the most successful figures of the world of rock music during last three decades. He's known for his strong husky vocals and energetic live performances, and he has sold more than 100 million records, making him one of the world's best-selling music artists and the best-selling Canadian rock artist of all time.Adams rose to fame in North America with his album Cuts Like a Knife and turned into a global star with his 1984 album Reckless.In 1991, he released his popular Waking Up the Neighbours album which included "(Everything I Do) I Do It for You", one of the best-selling singles of all time.For his contributions to music, Adams has garnered many awards and nominations, including 20 Juno Awards among 56 nominations, 15 Grammy Award nominations including a win for Best Song Written Specifically for a Motion Picture or Television in 1992. He has also won MTV, ASCAP, American Music awards, two Ivor Novello Awards for song composition and has been nominated five times for Golden Globe Awards and three times for Academy Awards for his songwriting for films.Adams was awarded the Order of Canada and the Order of British Columbia for contributions to popular music and philanthropic work via his own foundation, which helps improve education for people around the world.Adams was inducted into the Hollywood Walk of Fame in March 2011 and Canada's Walk of Fame in 1998, and in April 2006 he was inducted into the Canadian Music Hall of Fame at Canada's Juno Awards. In 2008, Bryan was ranked 38 on the list of All-Time top artists by the Billboard Hot 100 50th Anniversary Charts. On 13 January 2010, he received the Allan Waters Humanitarian Award for his part in numerous charitable concerts and campaigns during his career,and on 1 May 2010 was given the Governor General's Performing Arts Award for his 30 years of contributions to the arts.

Reckless is the fourth studio album by Canadian singer-songwriter Bryan Adams. Released on 5 November 1984 by A&M Records, the album was co-produced by Adams and Bob Clearmountain, and it was arguably Adams' most successful solo album. The album was a huge international hit, selling over 5 million copies in the United States for a total of 12 million worldwide. It was the first Canadian album to sell more than a million copies within Canada.The album reached number 1 on the Billboard 200 and reached high positions on album charts worldwide.Six singles were released from the album: "Run to You", "Somebody", "Heaven", "Summer of '69", "One Night Love Affair", and "It's Only Love". All six singles made the top 15 on the US Billboard Hot 100, which until that time had been accomplished previously only by Michael Jackson's Thriller and Bruce Springsteen's Born in the USA. The album was ranked No. 49 on Kerrang!s "100 Greatest Heavy Metal Albums of All Time" in 1989, and 99th Greatest Rock Album of All Time by Classic Rock[citation needed] and was also named the number 12 Greatest Canadian Album of All Time by Bob Mersereau in his book The Top 100 Canadian Albums.[4] The album was recorded at Little Mountain Sound Studios, Vancouver, Canada. On 12 December 2009 the syndicated radio program In the Studio celebrated the 25th anniversary of the album.A 30th Anniversary edition of the album, featuring previously unreleased material and a brand new 5.1 surround mix, was released on 10 November 2014 in both four and two-disc editions. The Reckless 30th Anniversary Tour also took place in November 2014, consisting of eleven exclusive arena shows in the UK.And here’s another the rare, out of print, collectors numbered Limited Edition remastered Japanese release of BRYAN ADAMS blockbuster album “Reckless”, pressed on high quality SHM-CD. This version is of particular interest ‘cos include as bonus track the B-side “Diana”, retired from distribution by Adams himself, not available into any other reissue / compilation, and in my opinion, one of the best Bryan songs ever.Originally a B-side of the single ‘Heaven’ in some countries, “Diana” even doesn’t appeared as bonus into the recent ‘Reckless’ 30th Anniversary remastered release, and as far we know, this Japanese limited edition is the only one to feature the song on CD.Though the song is assumed to be about the wedding of Charles, Prince of Wales and Lady Diana Spencer, the lyrics never explicitly identifies the characters as such.Adams often performed the song during his live concerts up until the day of Diana’s death after which he retired the song permanently, and seems he asked to not be re-released as well.Musically, “Diana” is a great Adams melodic rocker from his pen and with Jim Vallance co-writing, and deserved to be included into ‘Reckless’ definitive track list.The other 2 bonus tracks are taken from the rare 2-sided single ‘Christmas Time’ originally appeared in 1985, and only reissued on CD in Japan in 1994.Regarding the remaster and the SHM-CD, if you ask me, it sounds better thant the ‘Reckless 30th Anniversary’, better balanced and more defined in the overall spectrum.