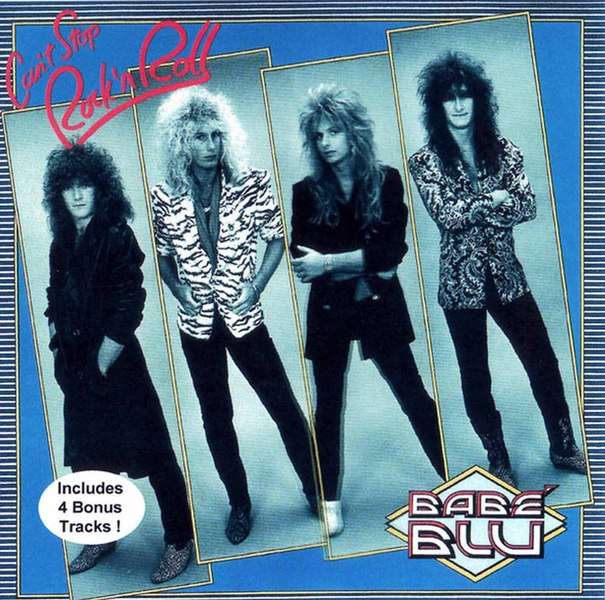 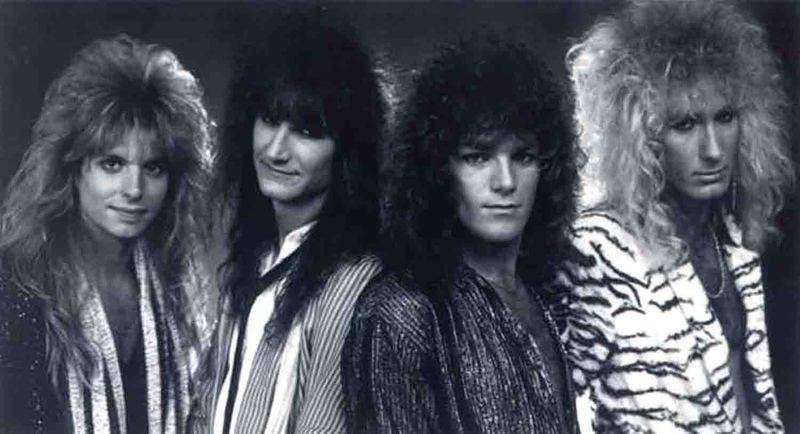 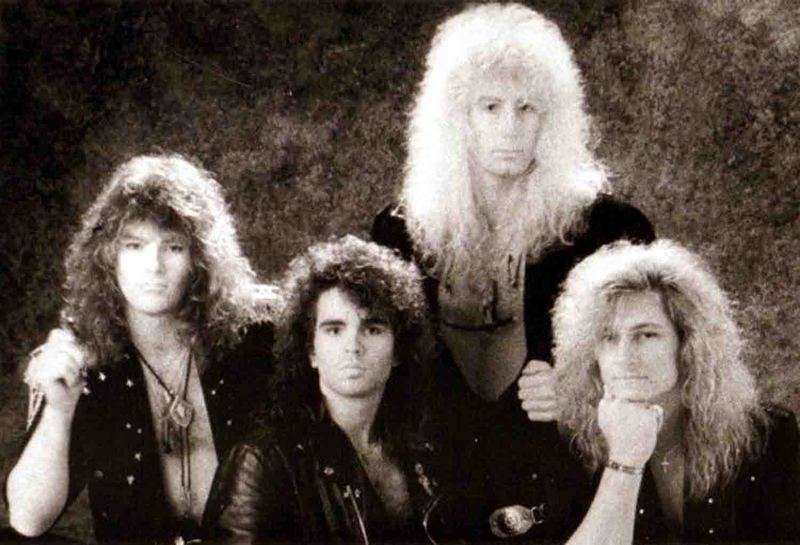 BABE BLU was one of the better obscure rock bands from Atlanta during the mid-80s. They released a 5-track mini-LP titled “Can’t Stop Rock-n-Roll” that contained some great Melodic Rock. Notable is the fact that the band had two lead vocalists that both could sing well. The band had member changes along the way, and ultimately found its demise through the unfortunate timing of the grunge avalanche that reared its head in the late 80s and early 90s.If we succumb to the natural need to compare obscurity with things known, we’ll take that best shot. While Babe Blu certainly holds it own with regard to melody and playability from the era, most tracks can certainly be compared to more mainstream bands from the same slice of time.

This one arrived to our hands not so long ago and belongs to the kind of material you look for at this blog; BABE BLU's "Can't Stop Rock 'N Roll" pressed on CD and including four bonus tracks.BABE BLU privately released this vinyl mini-LP in 1987, and for sure this US / Atlanta based band was one of the best Melodic Hard Rock indie bands from the era.Due to the quality on offer - from songwriting & performances to the splendid production of this mini-album- it's a mystery how BABE BLU never got signed by a major recording label.All BABE BLU members are consummate players, and all tracks here are excellent examples of class US Melodic Rock (with AORish touches) packing the melodies and catchiness that made Autograph, Black N' Blue, Alias, White Sister and alike very successful names back in the second half ot the '80s.Just check the infectious uptempo title track and 'Do What I Want', then my favorites; the kickin' Giuffria-ish 'Just One Night', the wonderful midtempo AOR of 'Do You Remember' (plenty of keys), and the impressive 'Good For You', a power ballad with a certain Foreigner atmosphere.The extra tracks here are the pre-production demos (very good audio quality) BABE BLU taped later while shopping for a record deal. All great tunes.Listening to this "Can't Stop Rock 'N Roll" you scratch you head and think how this band never made it big. No reason this one should not have propelled BABE BLU from obscurity to over-the-top status.This "Can't Stop Rock 'N Roll" CD release isn't official at all, but who cares... especially when the original vinyl mini-LP is being sold at eBay for $ 400.The CD sound quality is very good, and the music, pure enjoyment.