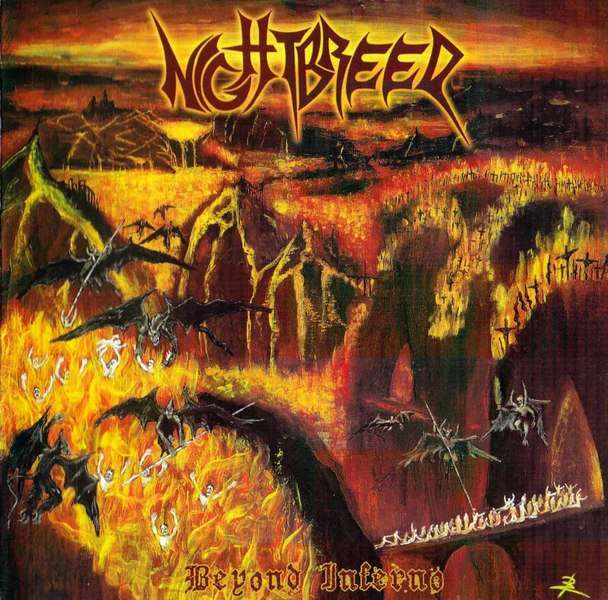 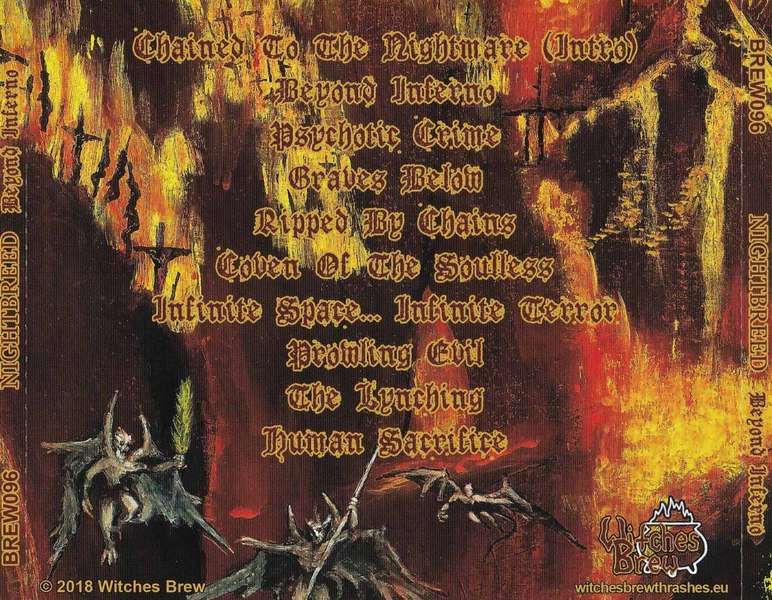 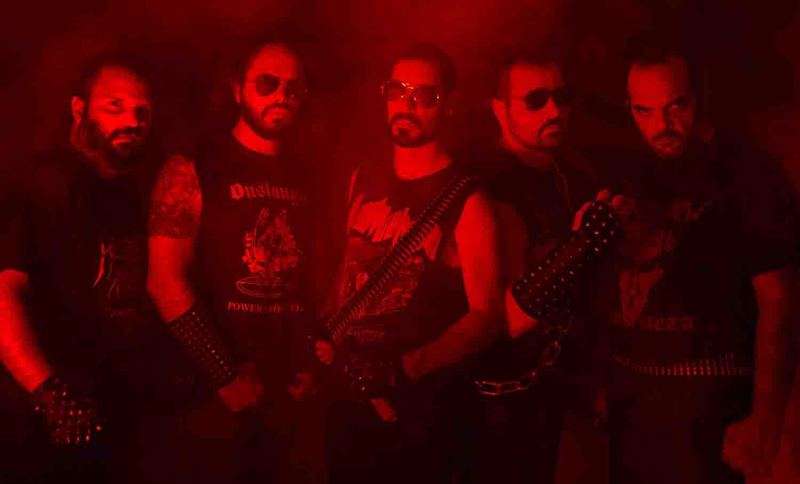 Nightbreed formed in December of 2010 by George Panoudis - Drums (ex-Dead City,ex-Released Anger,ex-Skogen), Sofia Kataki - Guitars & Alexandros Gousios - Bass (ex-Skogen).In early of 2011 Dinos Zacharis - Vocals (Released Anger,ex-Skullcrusher) joined the band and at May of 2011 George Kyriazis - Guitar (ex-Chainsaw) joined the band.So the first line up was Dinos Zacharis - Vocals, George Panoudis - Drums, Alexandros Gousios - Bass, Sofia Kataki - Guitars and George Kyriazis - Guitars.With this line up the band gave their first live performance in Kyttaro Club at 10/2/2012.Shortly after that Sofia left the band and in her place came Stelios Makris - Guitar (Convixion, Winter Eternal, ex-Regulus ).At the end of 2012 the band released it's first demo "From Yuggoth".After some gigs at the summer of 2013 Dinos Zacharis left the band and his place behind the mic was covered by Nir Beer (Also in Noise Disorder,Speedrush).With this line up the band released it's first album called "Nightbreed" by Witches Brew in March 2015.

Back in 1990, I visited Crete and due to whatever reason, I still remember that I saw an album of Tankard in the window of a pretty dubious record shop. Greece did not supply any kind of metal (or I did not know anything about bands from this country, to express it more cautiously), but this shop window dressing told me that there is no reason to lose hope. Well, only 20 years later, the Greece scene began to explode. I am not egocentric enough to think that I am its spiritual father, only because I was thinking about a light at the end of the tunnel in view of this prominently placed Tankard album. But I am happy that now this country provides us reliably with good metal. In particular the thrash community scores with highly interesting bands such as Speedrush, Mortal Threat and Riffobia or, to choose the less pure form of thrash, Principality of Hell or Ravencult. Nightbreed prefer to keep their music free from external influences. These dudes obviously think that the eighties deliver more than enough inspiration. I agree.Admittedly, the untypical intro is completely misleading, because it appears as the opening of another pretty orchestral output of Ancient Rites or a comparable band. Anyway, this remains the only unusual part and the following title track puts the record straight. A prototypical thrasher, sharp and energetic, rushes over the baffled audience. Moreover, the chorus boasts with a concise hookline and high velocity becomes the constant companion of the riffs, not only during the first regular track. Nightbreed have no time to lose and so they are running at full speed. Consequently, little jewels like "Ripped by Chains" show up. The quintet pays tribute to the very old school that took its starting point at the Bay Area. The band members present themselves in shirts of Venom ("Black Metal") and Onslaught ("Power from Hell"), but these clothes are misleading, because they only reveal the tradition-conscious attitude of the Greek. More informative is that the lead singer wears a Destruction shirt. By the way, this guy performs like the whole band: passionate and pretty focused, but not extraordinary. It is therefore not surprising that a small number of sections are going nowhere, although coherent, unapologetic and defiant tracks like "Infinite Space... Infinte Terror" prevail.The state-of-the-art production does not reveal individual elements in abundance, but it documents the membership of Nightbreed in the (unofficial) Hellenic thrash association. Don't care about the bad and uninspired artwork, because the typical vocals, typical guitar work and the complete absence of any form of overly technical gimmicks make clear that this band stands with both feet firmly on the ground. Sometimes it's almost too much of a good thing. The closer constitutes the first track with a less strict part and finally the guitarists prove evidence that they are able to create different moods. I don't want to encourage the dudes to make too many experiments, but I think the album could have been a littler bit better with one or two gloomy and less generic tracks. However, the more than only decent album clocks in at 36 minutes and my trip to Crete is almost 30 years ago, but two matters do not let me rest: what kind of metallic stuff comes from Greece in 2050 - and who has bought the Tankard vinyl back in 1990?