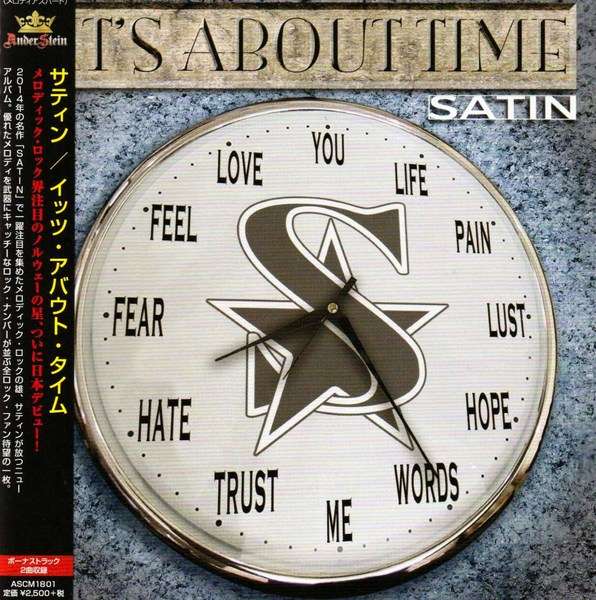 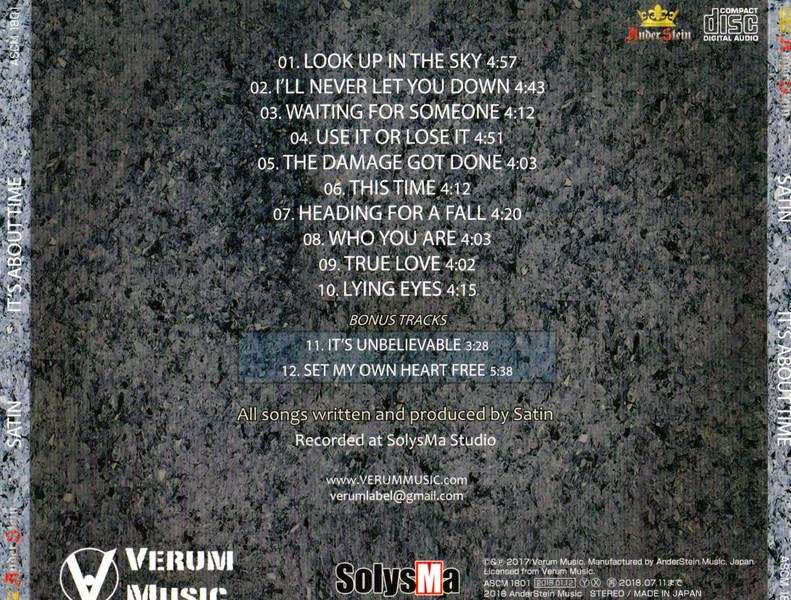 The Satin Kiss Cover recordings first started out when the artist was just playing around one day, out of boredom, as he said. This was back in 2005. The first thing he recorded was a Kiss medley. Performed and arranged by himself.The medley was first posted on the Norwegian Kiss Army Forum. It turned out to be a huge success amongst the people on the forum.The medley can be found in three different versions, and it’s the third one, The Magic Kiss Medley, which ended up on the official Tribute release called ""Gods Of Thunder - A Norwegian Tribute To Kiss" in 2005.Satin then recorded "A Million To One" and "I’m A Legend Tonight", and the people were even more impressed. As the recordings kept coming, they were posted consecutively on the Kiss Army Norway forum.After a while there was recorded a total of 19 songs. Many of them by requests from the people on the KAN-board. They have been circulating on the internet since then, and people are still amazed by these great cover songs. There was never any official release (except The Magic Kiss Medley), but still it seems that the songs were spread all over the world anyway.The "album cover" picture was made by another guy on the forum, nick-named Cusano, for people to print out when or if they would burn their own CD.Extra NOTES from KissRelatedRecordings A Million To One" is a very interesting well produced Tribute to KISS, especially because most songs got a new arrangement, for example Satin's version of "Creatures Of The Night" sounds like a Desmond Child penned song; "Hard Luck Woman" turned in to piano ballad; while "Goin' Blind" ended up as an uptempo kind of country song..."

1st japan pressing was sold out quickly, and a second press was available from February 1, 2018. No differences on these two pressings.And then it comes 'Use It Or Lose It'... '80s AOR is back! That jumpin' verses are from the Stan Bush factory, there's a strong guitar riff and a pumping bass line, but are the synths which provide the aural magic.But wait, Satin isn't a one trick pony; at the middle the song changes its rhtyhm for a very original guitar passage and then explodes into a crazy melodious solo, which round up one of the greatest songs on the year!Next, Satin keeps the quality over the top: a different kind of synths (very cool) opens 'The Damage Got Done', a poppy and catchy as hell tune with some Rick Springfield feel circa 1984.Another favorite of mine (lie, all are!) arrives with the incredibly infectious 'This Time', which it sounds like a lost REO Speedwagon song preformed by a young Jon Bon Jovi. There's lovely keys, a welcomed, different drum sound and tons of harmony vocals..'80s AOR anyone?This Top Class stuff folks...And the distinguished Satin pen continues with the primo AOR of 'Who You Are' similar to Lou Gramm (Foreigner) first solo album but at the same time updated, the beautiful ballad 'Heading For A Fall' (sweet vocals by Satin) recalling the obscure American '80s AOR band The Synch, and the groovy melodic hard rocker 'True Love' driven by a pulsating riff and a fantastic layered chorus.I have to mention that Satin not only does a very good lead vocal work here, but also he is a very clever arranger recording himself the backing vocals / harmonies in different tonality resulting in a terrific effect.Closer is just another gem, 'Lying Eyes' a midtempo melodic rocker combining the best of Dion Bayman with the rockier side of '80s Richard Marx, there's delicious verses and a 'cascading' chorus in the vein of classic Stage Dolls. All embellished by keyboards and an effective guitar solo.Satin's "It's About Time" is simply fabulous.This guy is the complete package: terrific songwriting, great instrumentation, polished crystal clear production, and THAT classy Melodic Rock / AOR sound. What a talent.All songs are keepers, no filler, with a unique style / freshness each other, full of ear-worm melodies that will stay in your head for weeks.Yes, Satin's "It's About Time" is already placed in my Best Of the Year list, and I guess it will rank higher and higher as we reach the end of 2017.