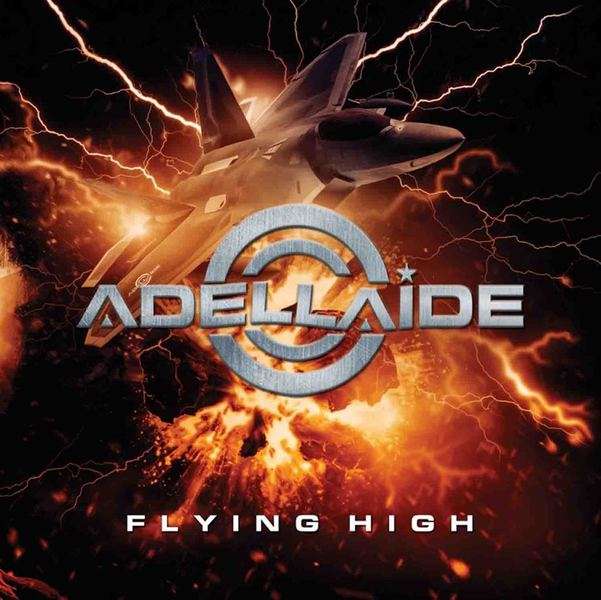 Adellaide was formed in 2016 with the proposal to make Melodic Hard Rock with A.O.R. elements, inspired by names such as: Journey, Survivor, Kansas, Asia, mixing it with a modern sound like Lionville, Care of Night, Sonic Station, Wild Rose.The band recorded an eponymous EP in 2016 which gained great attention from the public and media. In 2017 their debut album has been completed with eleven tracks, recorded in the IMF (Musical Institute Falaschi) while the production was taken care of Tito Falaschi, Edu Falaschi's brother, former vocalist of Angra. The album is called "Flying High" and was released on physical compact disc along with digital downloading worldwide on October 31 by Lions Pride Music.

Adellaide is a new and very promising melodic rock band and with their debut record, "Flying High", are ready to make some serious noise. Adellaide released their debut EP in 2016 and gained very positive review from both fans and press. The cover of their album is designed by artist Joey Polycarpo who has worked with many well-known names in the genre like the A.O.R. project of Frederic Slama, Goran Edman, Chasing Violets and many others.Their sound is basically melodic rock/edgy AOR that is heavenly influenced by bands such as Journey, Survivor and Asia mixing it with a more modern melodic rock approach.The new album kicks-off with a such an amazing track! "Running" is the opening tune and it's the first highlight here. Edgy melodic rock filled with some really excellent proggy keys, a heavy riffing and a totally late 80's vibe in it. Love this one! Next in "Lion's Den" we have another brilliant song. This one reminds me a bit of H.E.A.T.'s latest work. A solid AOR tune with a more progressive 'air' in it. Classic 80's AOR sound in "Nights In Japan" and "Stone Of Truth" while in "Blind Love" we are dealing with a killer ballad that includes an, also, killer melody in it!"Heroes" is a beautiful and extremely melodic track but with "Andrea" Adellaide delivers another amazing AOR gem!! Very 80's with a feel-good vibe in it and with a 'clever' chorus included, this one is one of my personal favorites out of this debut. The edgier "Learn To Live" is just killer!!!As you can all assume here, I enjoyed every single minute of Adellaide's debut opus. It's pure and 100% classic Melodic Rock/AOR stuff at its best, period!!! It has class and quality and all the tracks are well-performed and arranged with melodies to die for. Another highlight of 2017!!

+ Video "Save Your Love" (Official Video)