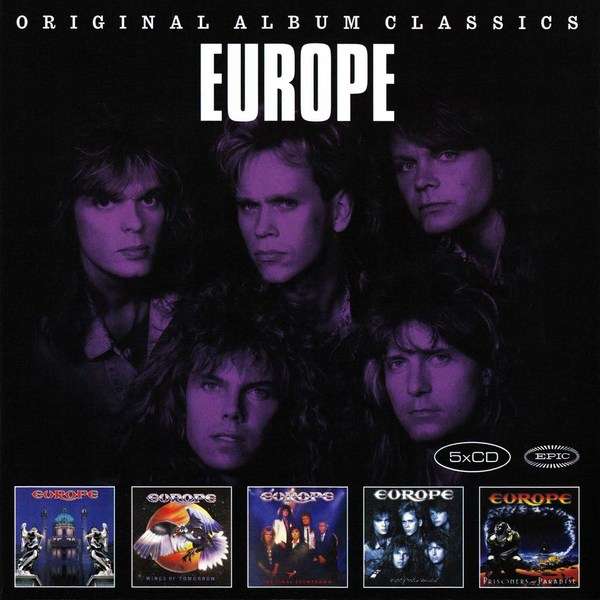 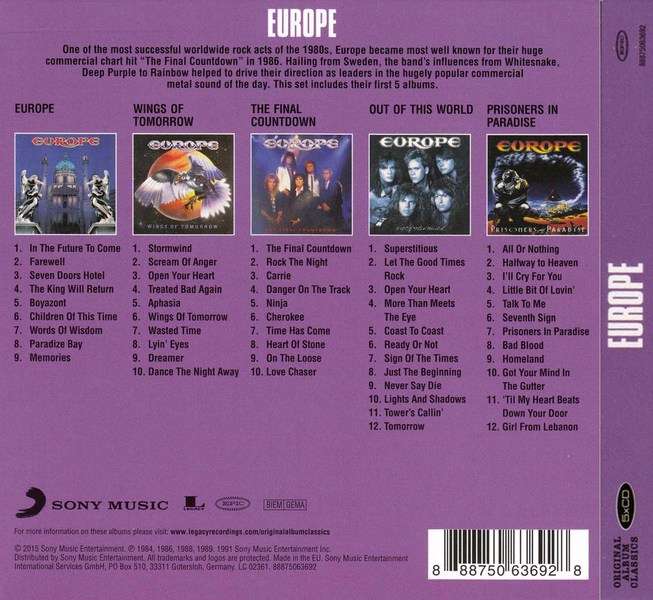 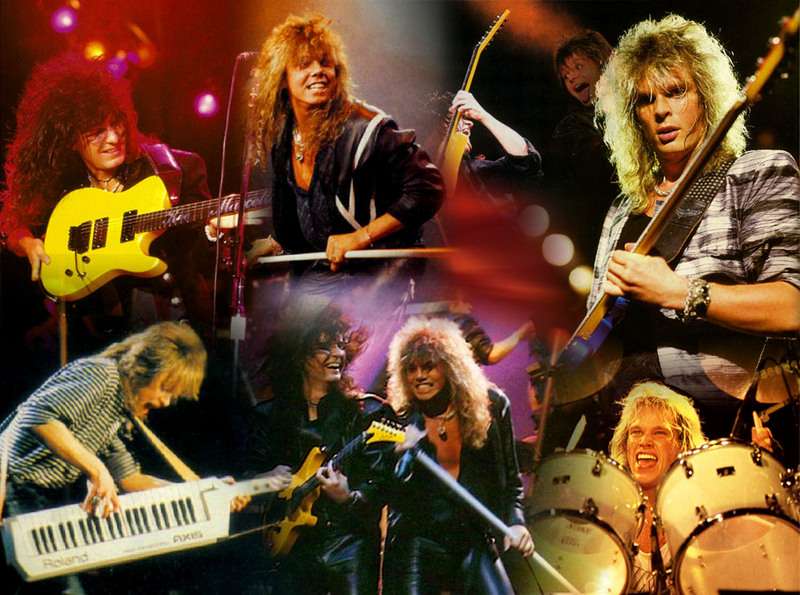 The very popular "Original Album Classics" series has once again updated its catalogue and taken on the first five discs.For collectors who pay homage to vinyl and would love to have all the old records, also in digital CD version, on the shelf, this can help again. I admit that I always eagerly await these handy five-disc packs to add to my own collection and protect my good old vinyl from wear and tear. In addition, the very humane price of around ten euros is incredibly easy on the wallet.Back then, still as a quartet around mastermind Joey Tempest, their first two releases in our climes unfortunately remained without noteworthy attention, which I find a pity on the first run-through, because without a doubt the band created tasteful, straight rock music already with the first notes. With a primal scream, at the beginning of the first song, Tempest moves into the limelight and remains the dazzling personality in the band to this day. Throughout, the eponymous debut album offers beautiful powerful music, with all songs worth listening to.The second record, "Wings Of Tomorrow", which was released already one year later, seamlessly follows its predecessor at the beginning. One could think that pieces were processed that had no longer found a place on "Europe". The same sounds, the same tempos and similar chords strongly suggest this. Only from the middle of the disc, with "Treated Bad Again" (which is extremely heavy fare) as well as the grandiose instrumental piece "Aphasia", also from the dark corner, do Europe strike out on new paths to new shores. From this moment on, the musical quality rises to unimagined heights. The album is rounded off by a ballad to melt you away and an ultra-fast heavy metal track. Presumably, the eyes and ears of some radio stations outside Sweden have finally been opened, because the third CD made the longed-for breakthrough for the band.With a new line-up and now five members, including a keyboard player, "The Final Countdown" catapulted into the charts. Tempest had decided to take the commercial route, produce popular hits and rake in the cash. There will hardly be anyone who doesn't have this catchy tune in their ears. For those who liked it a bit quieter, "Carrie" was the better choice. This over-ballad not only pushed up sales figures, but also ensured a rising birth rate worldwide. The 86 album is still the highlight in the band's history and was a must-have on the home record shelf at the time. From then on, the band had their stamp, which can still be seen on their forehead to this day."Out Of This World" should of course tie in with the final countdown, but it completely lacks the songs you like to hear on the radio. The twelve tracks constantly change between ballad and heavy rock. The prime example and for me the best track is "Lights And Shadows", which shows most clearly that Europe had thought about driving more on the more demanding track than just producing the same-sounding radio music. Unfortunately, they don't score any more points in the charts with it and thus play themselves among the bands that one likes to listen to, but were not outstanding at the time, although they clearly deserved more attention.The last CD of this "Original Album Classics" collection is "Prisoners In Paradise". The band gets bolder and starts to experiment. Interesting intros and varied songs make for sharpened ears. The CD is fast and heavy throughout and for the most part completely opposite to all its predecessors. The typical Europe sound hardly comes into play, instead synthesizers and low-pitched guitars are in the foreground. In addition, drummer Ian Haugland now hammers the basses with a double pedal. The highlight of this disc is the conclusion with 'Girl from Lebanon'.If you listen to this package in order, you can follow very well how the band's music has changed and, in my opinion, improved considerably. I haven't bought an album by Europe since then, but now I'm curious and will listen to the current release soon. Maybe the band is still where I liked them best with "Prisoners In Paradise"